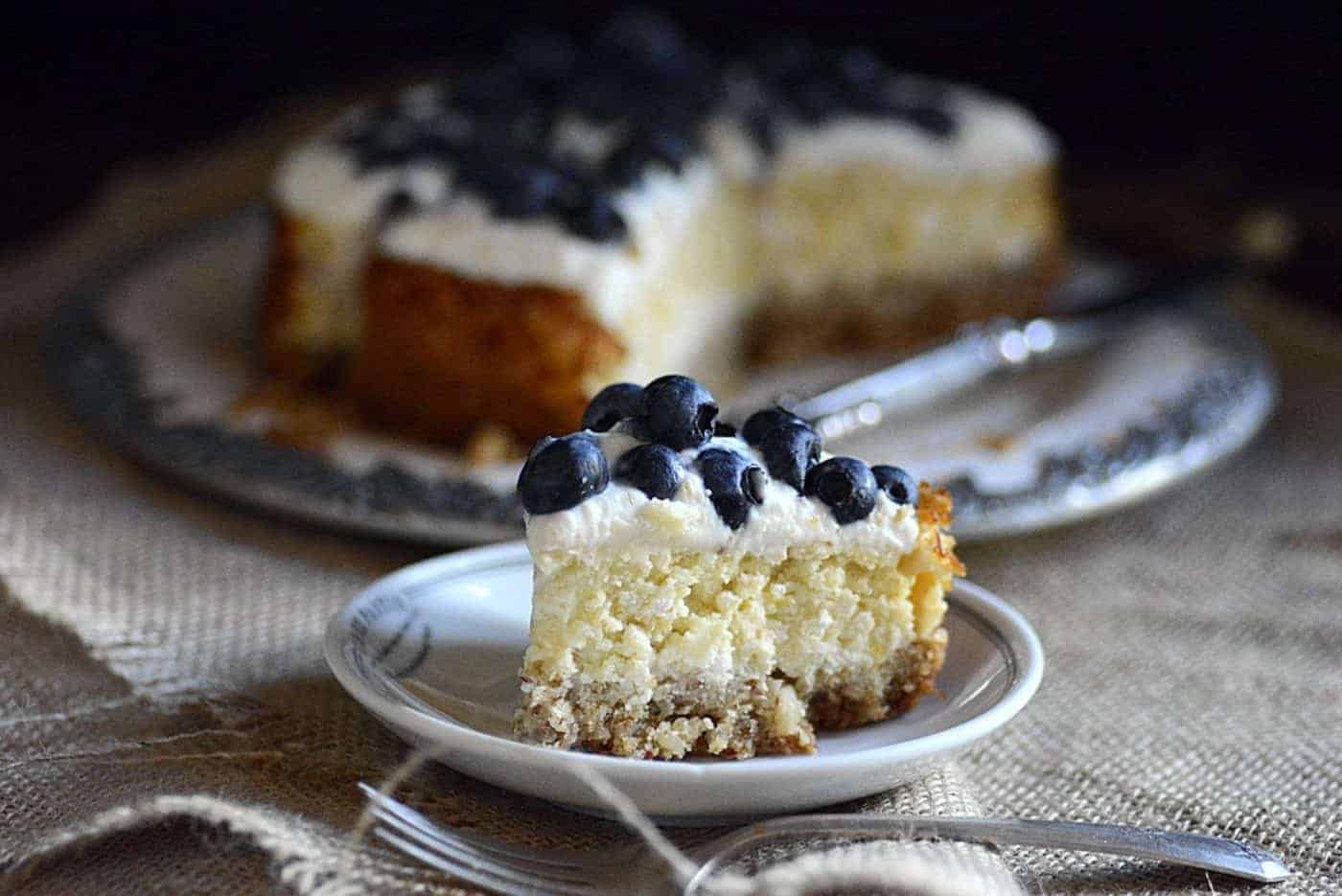 There’s so much history behind this ‘hallmark croatian cheesecake’. From the journey my Grandmother made at the turn of the twentieth century to American from the old country, which was then the Austro Hungarian Empire to now today and sharing this recipe with the world on Hallmark Channel’s Home & Family TV, this recipe has broth me and so many others immeasurable love and happiness. When I first decided to enter the Dream Jobbing contest for the ‘Best Home Cook’, I knew I wanted to share this recipe. But, I wanted to simplify it even more so others wouldn’t be intimidated by the word ‘cheesecake’. Sometimes the idea of making a cheesecake makes home cooks think, hummmmmm, that’s something that I just can’t do because of its complexity. But, that’s not the case with this cheesecake. You cannot mess up. It will be tasty and delicious regardless. While it might not have the ‘glamour’ and perfection of a French cheesecake, it will be heartwarming because you know that it’s supposed to be rustic and earthy. All those imperfections make for immense beauty!

When I learned that I was one of the six finalists for the title of ‘Best Home Cook’, I had no idea that the day that my show would air would be the 95th birthday of my Mom who’d learned this recipe from my her mother, my Grandmother. Mom used to make this cheesecake mostly on special occasions when we were growing up in the hollers of West Virginia. Times were tough. Money was tight. And, we would just feel like we were having the most heavenly treat when this cheesecake was made. Unlike typical cheesecakes, this cheesecake uses more cottage cheese than cream cheese. Cottage cheese is frequently used in Eastern European dishes and sweets.

I sure hope you’ll find that you love this recipe as much as I do. I’ve made the crust a tad bit ‘healthier’ with the addition of wheatgerm and sliced almonds. Be playful in experimenting with toppings. If you want to do dollops of whipped cream and other kinds of fruit, do it. The base of this cheesecake the lemoneeee filling with the ‘littl’ cottage cheese lumps’ is the star and will never be outshone by the topping!  Here’s to keeping the history of our families alive through their recipes. It’s a priceless heritage and legacy to pass on to our children. 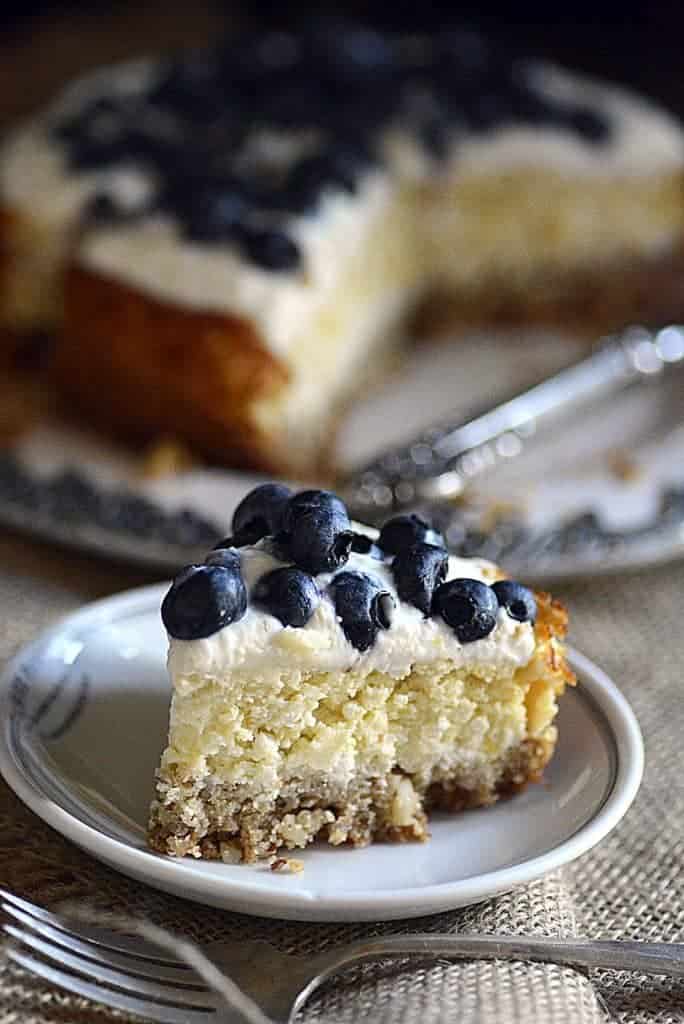 Yield: One about 6-7" round springform pan 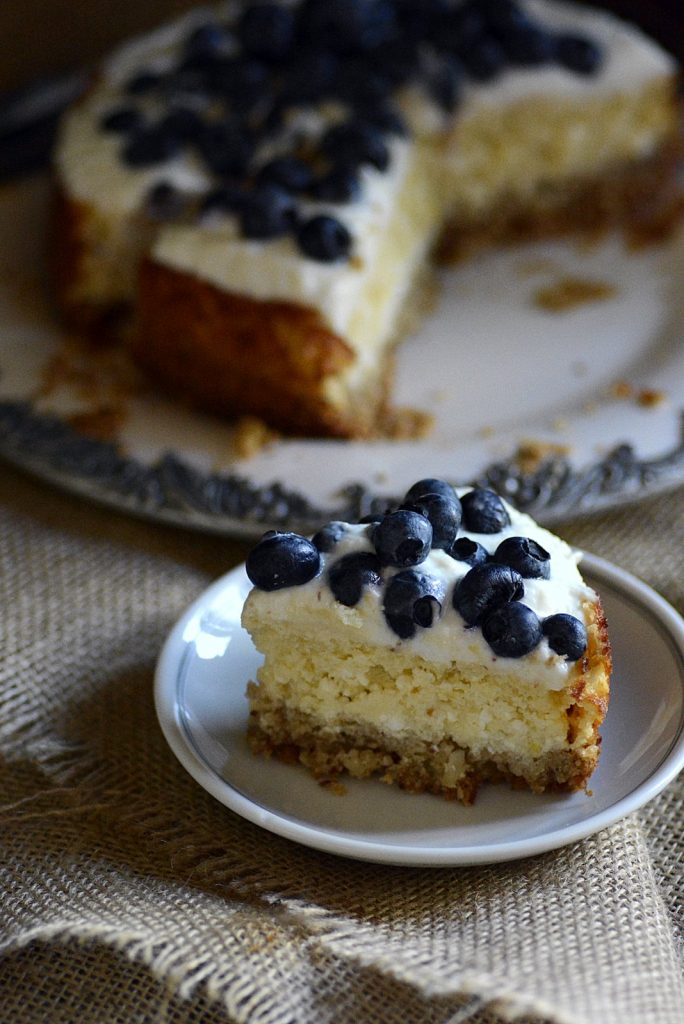 Sometimes I love to make the crust thicker. If you like that, simply add about another 1/2 to 3/4 cups of graham crackers, 1/4 cup of wheat germ and another two tablespoons of melted butter into the mixture.

This cheesecake keeps well for several days in the refrigerator. Cover tightly with plastic wrap.

Don't think of this cheesecake as just for dessert. As a kid, I would eat it for breakfast!

If you want more of a 'thin' cheesecake, use a 9x13 pan, then you can cut cheesecake squares. 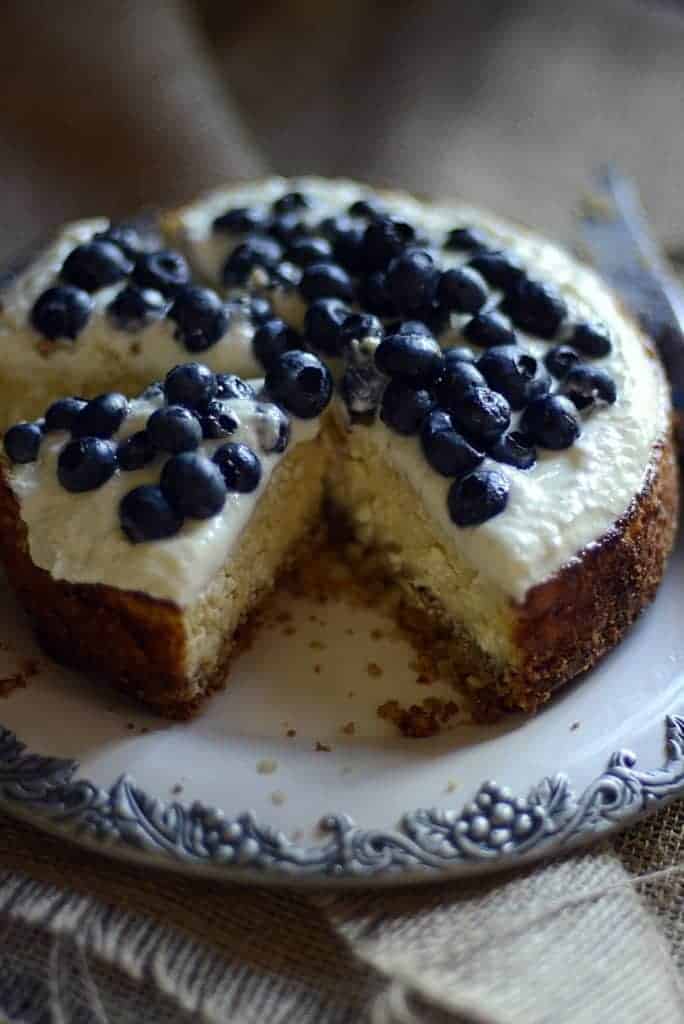