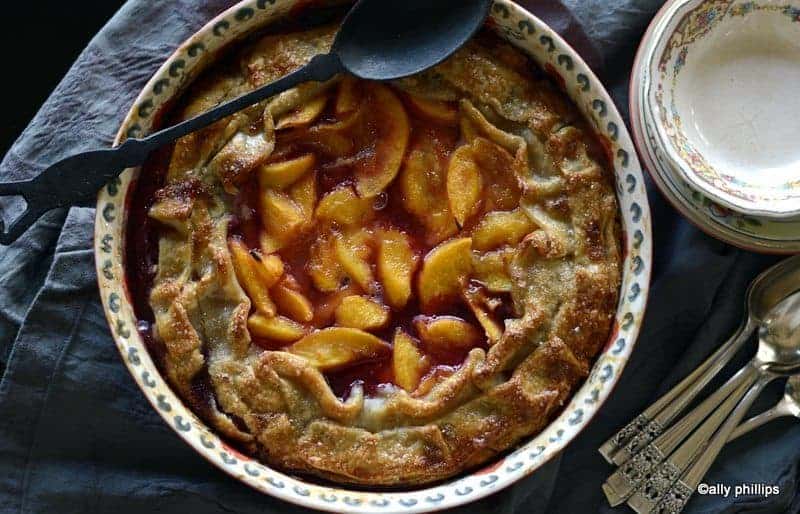 Simple pies with a lot of power and punch. How’s this come about? Well, a short cut with the pie crust. Yes, let’s use a refrigerated roll out crust. Feel totally free to make one if that’s your style and you have the time. However, if not, then there’s not much compromised with the packaged crust. At least, that’s my 2 cents’ worth.

What I love about a pie is some crunch and crispy on the crust and with each piece that’s served. Notice that I don’t use the word ‘slice’ because this run coconut liqueur ribbon peach pie is not sliced, but scooped. The technique of ‘ribboning’ (yes, new pastry word from my kitchen) waving the dough in strips just on the perimeter of the crust gives you that. Then, brush with an egg white and sprinkle with the large crystal turbanado sugar, and you have a flash of sweet and crunch after it bakes.

There’s nothing more refreshing than peaches and these frozen peach slices are another shortcut. However, you know that if you want the fresh peaches, go for it because when they’re in season, there’s nothing better. To add to the peach flavor, the orange marmalade and rum coconut liqueur sneaks in and makes your palate say wowzeee! What’s happening! Don’t want to use the liqueur, then substitute with orange juice.

Brighten up your summer table with this peach pie. And, if it’s not summer and the dead of the winter, well, you’re adding some fruity sunshine! xoxo ~peace & peaches~ ally 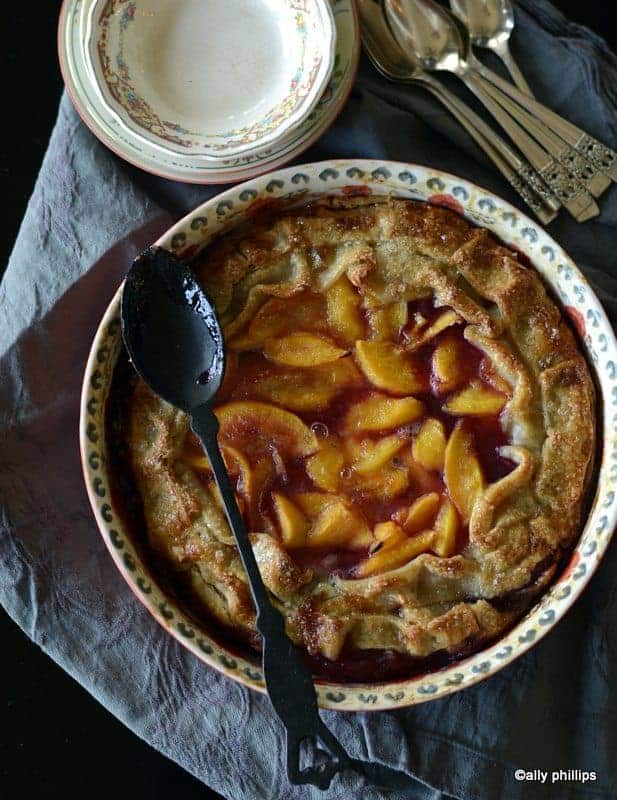 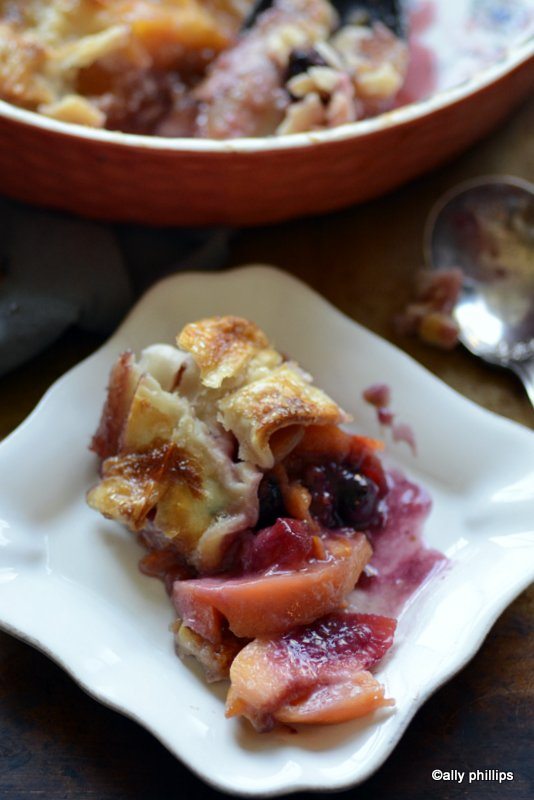 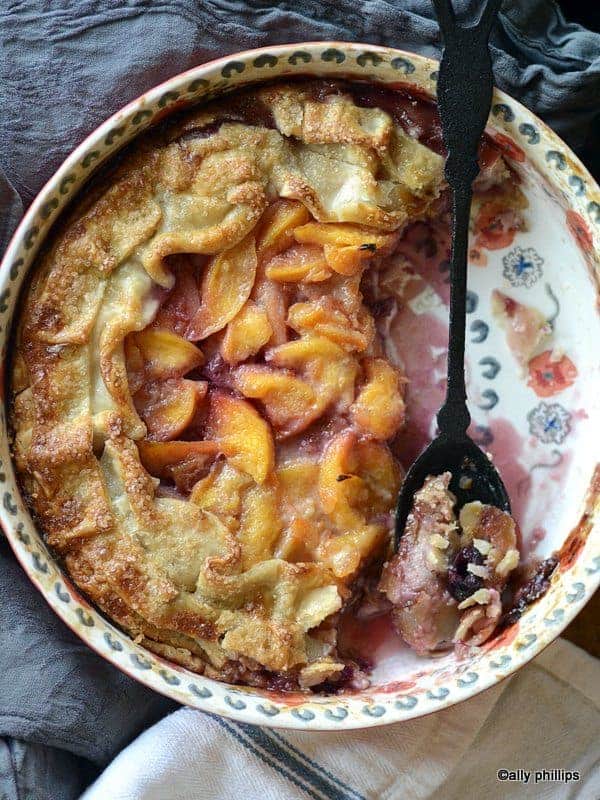