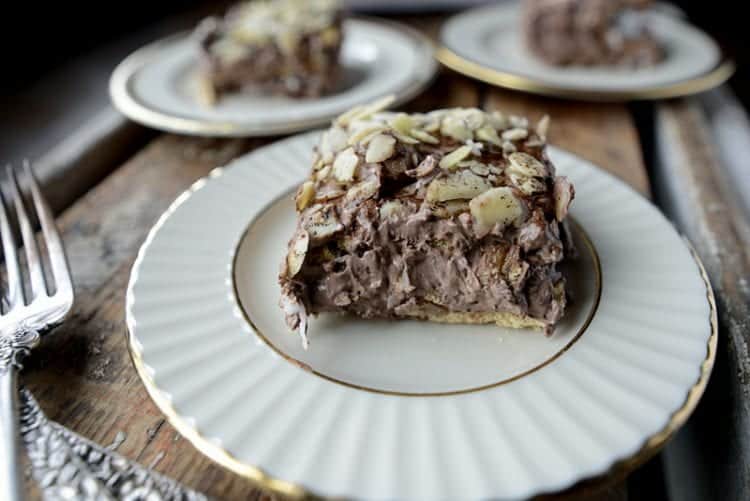 There’s not enough great things I can say about this dessert! I mean this cutie pie no bake chocolate coconut almond dessert requires zero cooking skills. Truly, just follow these directions and you’ll have this luscious no bake pie in your refrigerator in now. And, the best thing about it? Well, it gets better on days two and three. That is, if it lasts that long!

What I love about this recipe besides being insanely easy and quick is that you have this creamy chocolateee flavors going on while your getting that hint of crunch from the graham crackers and then the feeling that you’ve just taken a bite of an Almond Joy candy bar. Yes, my favorite candy bar! The textures are superior in this recipe. And, the fact that it’s refrigerated and chilled, you have that cool temperature of the dessert that’s just so refreshing.

I sure hope you try this dessert. I promise it has captured the heart of my husband who’s a darn good judge of sweets! xoxo ~ally

PS…I’m also sharing a few of my favorite enamelware pans that works great for so many recipes including this recipe! 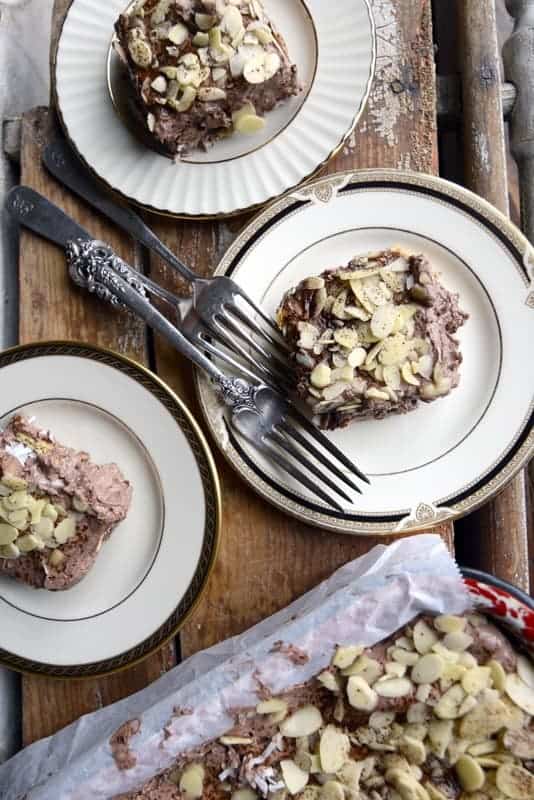 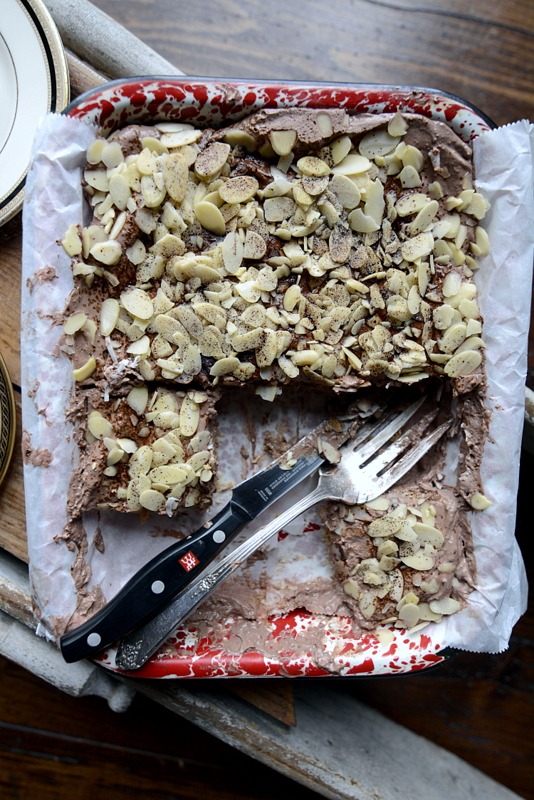 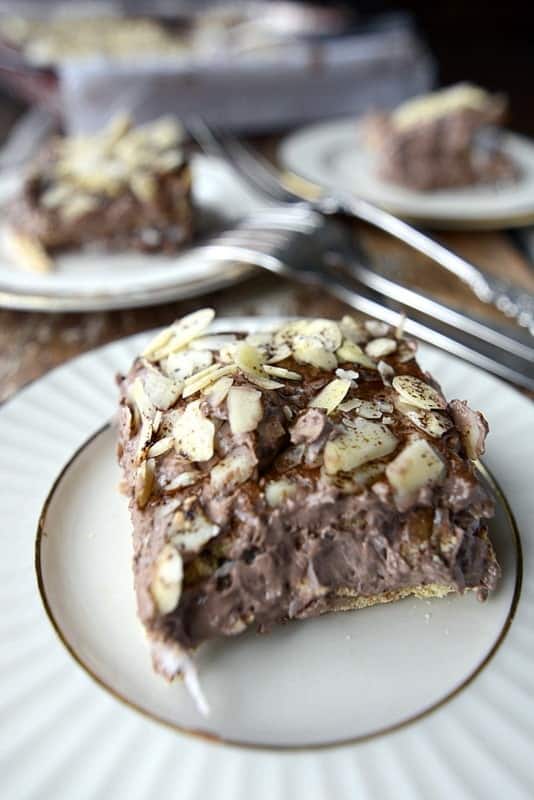 Who doesn’t love a great meatball!