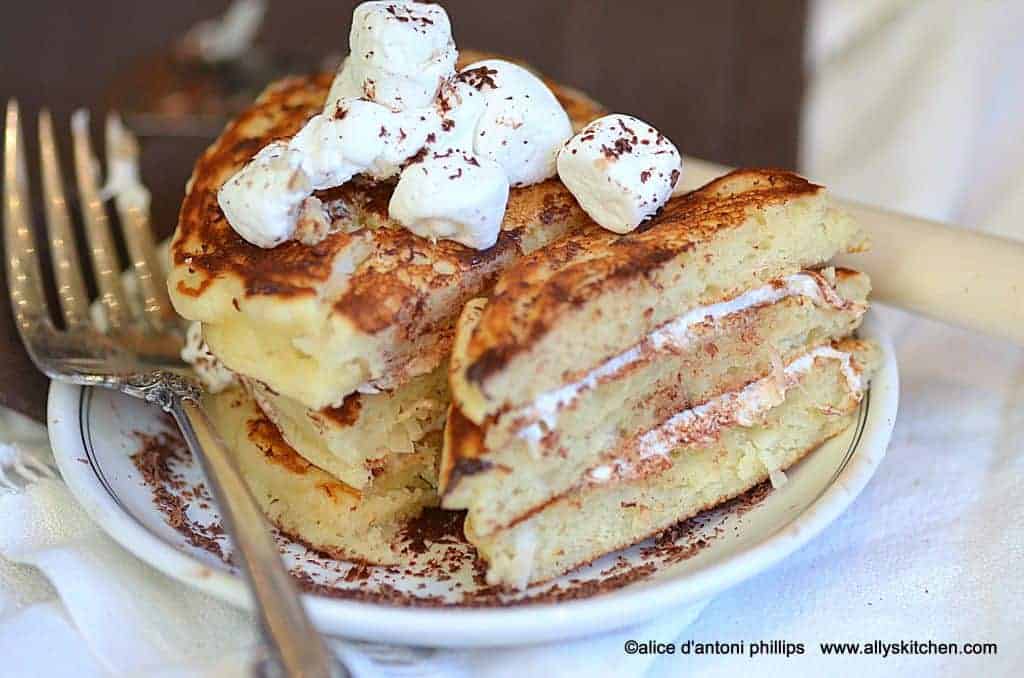 Besides my Ben, you know who I LOVE cooking for most in my world? My grandkids!  Yep, all six of them and soon to be seven! The grown up grands have developed some pretty darn sophisticated palates because they’ve been ‘adventurous’ in their tasting and eating since they were knee high to a grasshopper (yay, parents!). Now these s’mores coconut pancakes were made especially for my littl’ 4 y/o grandson…when he stays with us, he loves to get up in the mornings, come to the kitchen in his super hero jammies, give me a big hug and kiss, say good morning, then sit on the retro red stool in the kitchen and order up what he wants for breakfast~~and, because he’s such a love and melts my heart with his big black eyes, I’ll fix him most anything he wants. Isn’t that what we grandparents are supposed to do!

Pancakes are a favorite of his, and he LOVES LOVES the Russian pancakes (syrniki with blueberries) that I make~~now, these are in my new cookbook, but believe me, I’ve been making them for him since he was about two, and he’s always asking for ‘wussian panckaes’! These s’mores coconut pancakes are right up there with the ‘wussian’ ones, so enjoy a new twist with some added healthiness! xoxo ~ally 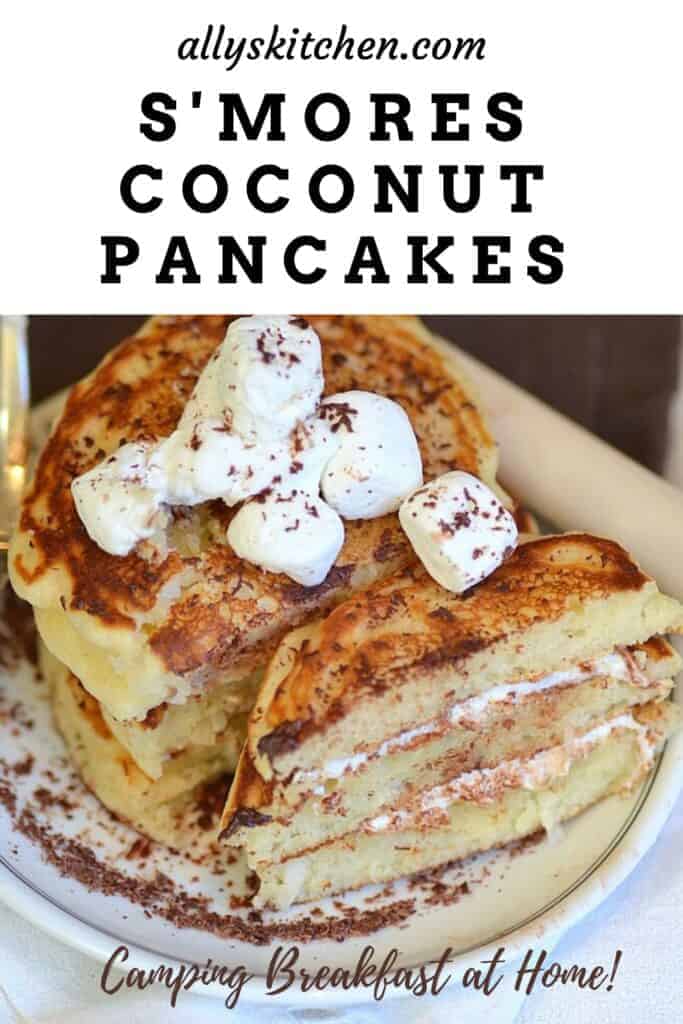 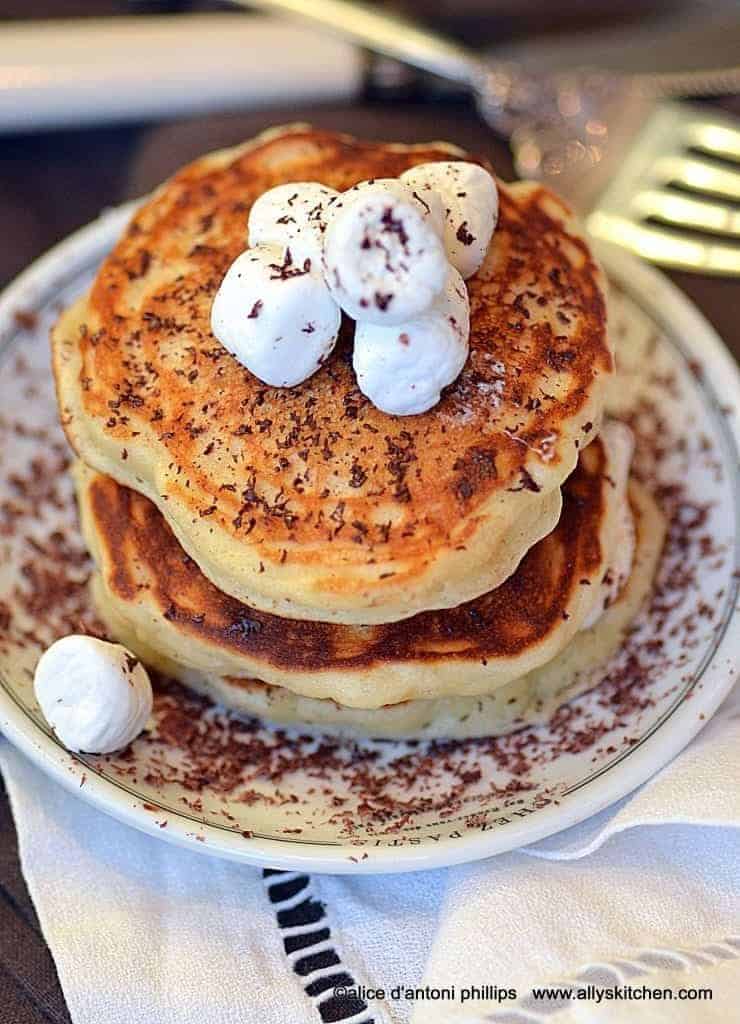