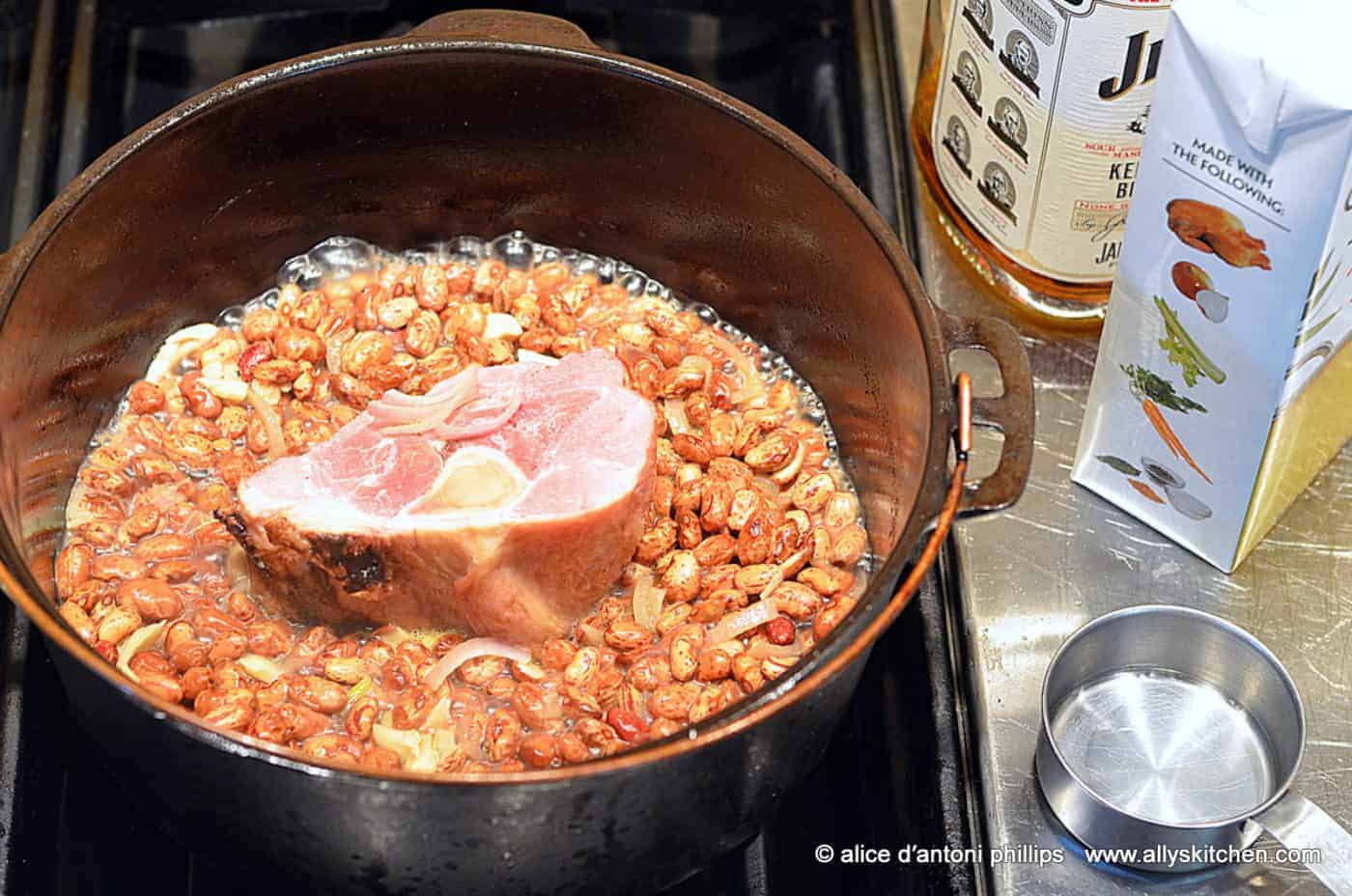 But, there are some soup beans that I like, no love, more than others, and one happens to be this cranberry bean, which in Italian is known as the borlotti. But, rather than using that fancy word, I love the cranberry. The rosy hue of the cranberry bean kind of makes sense that it’s called a cranberry bean.

Now that name comes from the fact that these beans are a pink or red and as they cook they turn brown. Mild in flavor, they’re in no way connected to a cranberry, and they are somewhat like the pinto, a FAVE, in taste and size!

The type of bean you choose does make a difference. Depending upon the type of bean will determine the cooking time. For instance, lentils cook much more quickly than a navy bean or great northern bean.

While there are about 40,000 bean varieties, just a few a actually mass produced for cooking and consumption.

Perfect for chilis or as soups, the cranberry bean is full of protein and fiber as well as other kinds of minerals and vitamins! You can’t go wrong eating these beans. And, with the flavoring of the ham shank and then the tender chunks of ham that fall off that bone during the cooking, you’ll feel like a bowl of these critters are a full meal!

Want a really fabulous slaw, something new and different, to serve with these beans. The click here! 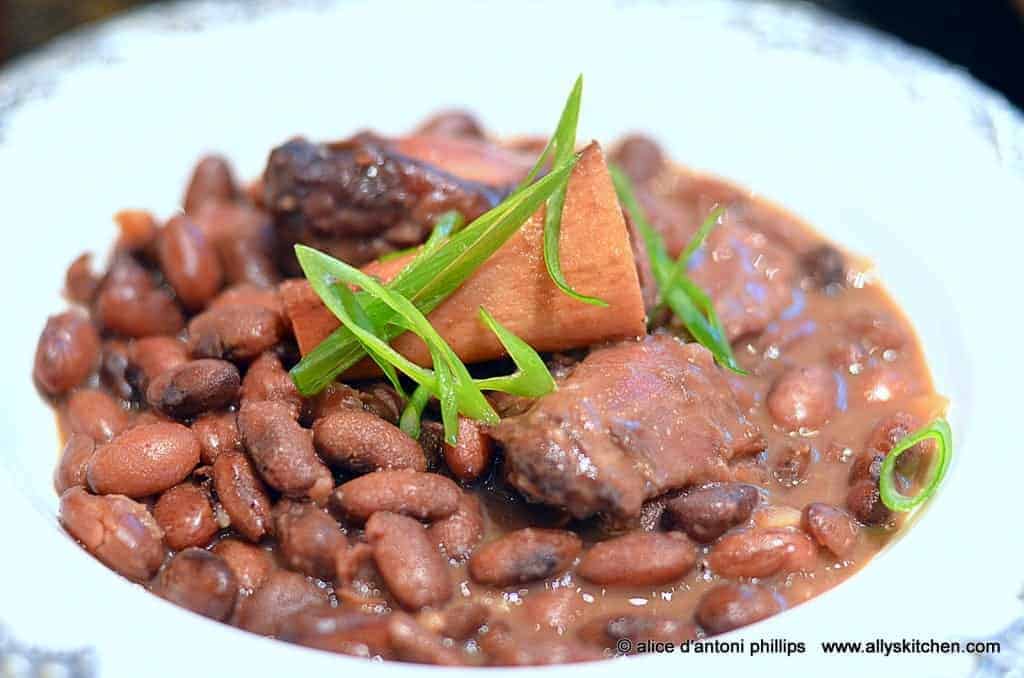 Add 2 cups of chicken broth, 2 cups of water, salt, pepper and chili flakes and blend. Cover with a lid and let this come to a boil cooking about 30 minutes, then reduce heat to medium, cover and cook about 1.5 hours more broth and/water as needed. Stir occasionally.

Reduce heat to low and let the beans just simmer for another hour or more until tender. Total cooking time will be around 2 ½ to 3 ½ hours.

Your ham shank should fall off the bone and you can shred it into chunks into the beans. I like to keep the bare bone in the beans as it continues cooking—good marrow just might seep into the broth! The broth will thicken as it cooks, and you can adjust this thickness by adding more water and/or chicken broth. When serving garnish with green onions for a beautiful pop of color and more flavor! 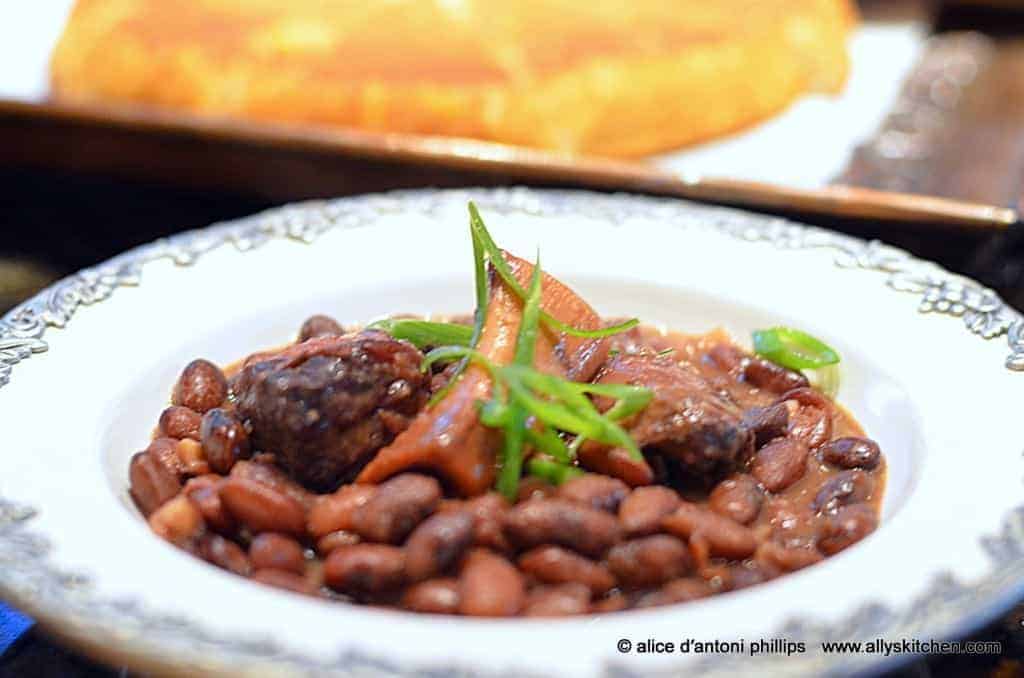