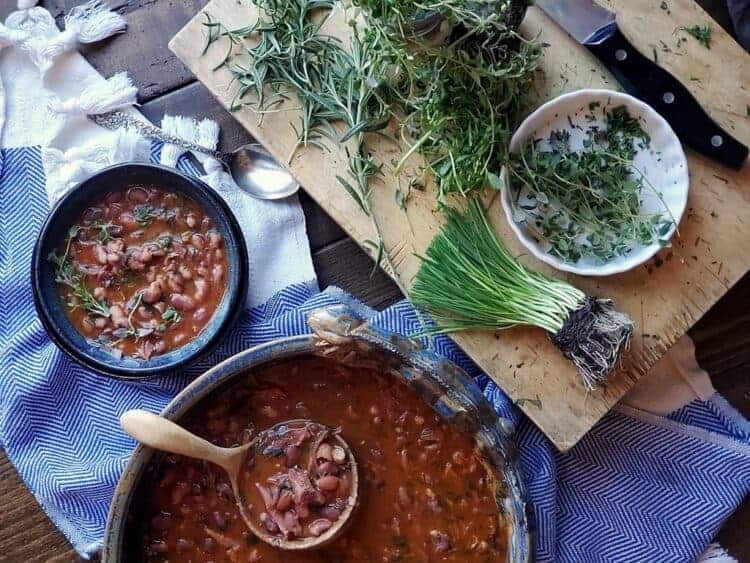 Anasazi beans also known as adzuki beans, boy, oh, boy are they amazingly delicious! Now, there’s a little wait time to get these beans ready to eat, but, believe me, it’s worth all the time! Of course, you can do these beans in a slow cooker or pressure cooker. I’ve done them like that, but, in my opinion, you just don’t get the rich deep thick broth like ‘gravy’ that you do when cooking in a large heavy pot or Dutch oven.

What kind of amazes me about these beans? Well, they’re one of my most pinned and popular recipes. I have another on the website and the procedure is a tad bit different. Check out these spiced and seasoned ‘Adzuki Beans’

First cultivated thousands of years ago in New Mexico by the Indians in that area, anasazi beans are also known as adzuki and appaloosa beans. “The name Anasazi is a Navajo word given to another tribe thought to be ancient Pueblo Native Americans. It could mean “Ancient Ones” or “Ancient Enemies.” The Anasazi tribe existed from approximately 200-1300 A.D.”

Undocumented sources indicated that in the 1950s, during excavation of ruins, a clay pot with some of these beans was uncovered. Despite being in these ruins, these beans were able to sprout! Anasazi beans, kind of like a pinto, have more ‘beauty’ with their deep hues of maroon, flecks of white and speckling design. When they cook up, they resemble a small red kidney bean without the gorgeous speckling.

Essentially considered an ‘heirloom’ bean, they can be used in so many ways, stews, soups, chilis, refried and more. They’re infused with protein, good healthy starches and fiber. Anasazis are also rich in potassium, iron and folate.

The best thing about these beans is that they’re less gassy! Yes, they have about twenty-five percent less of the gas-producing properties of pintos! So, have a second bowl! 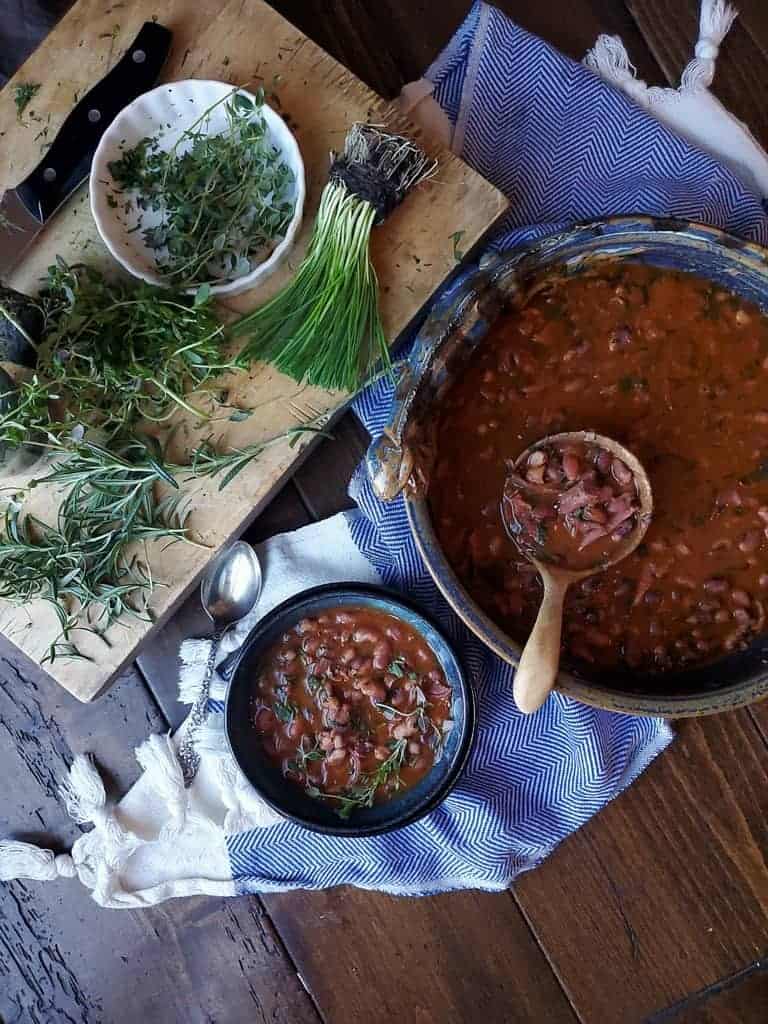 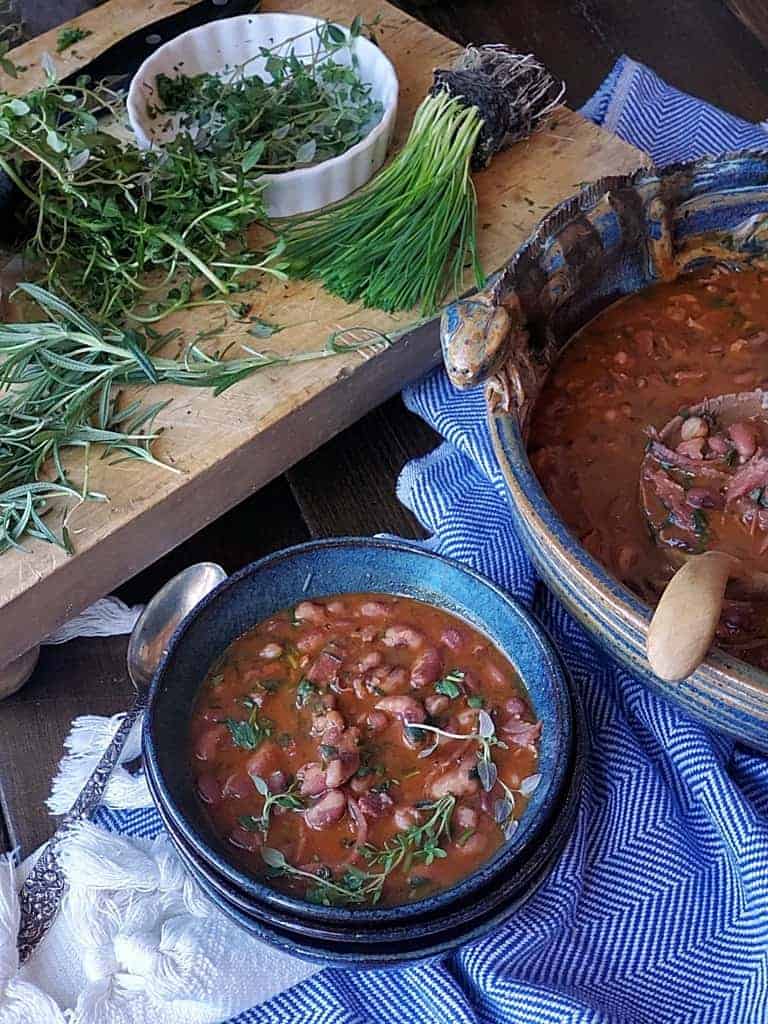 If you want a ‘kick’ to your beans, add red chili flakes or another hot ingredient to achieve this flavor. 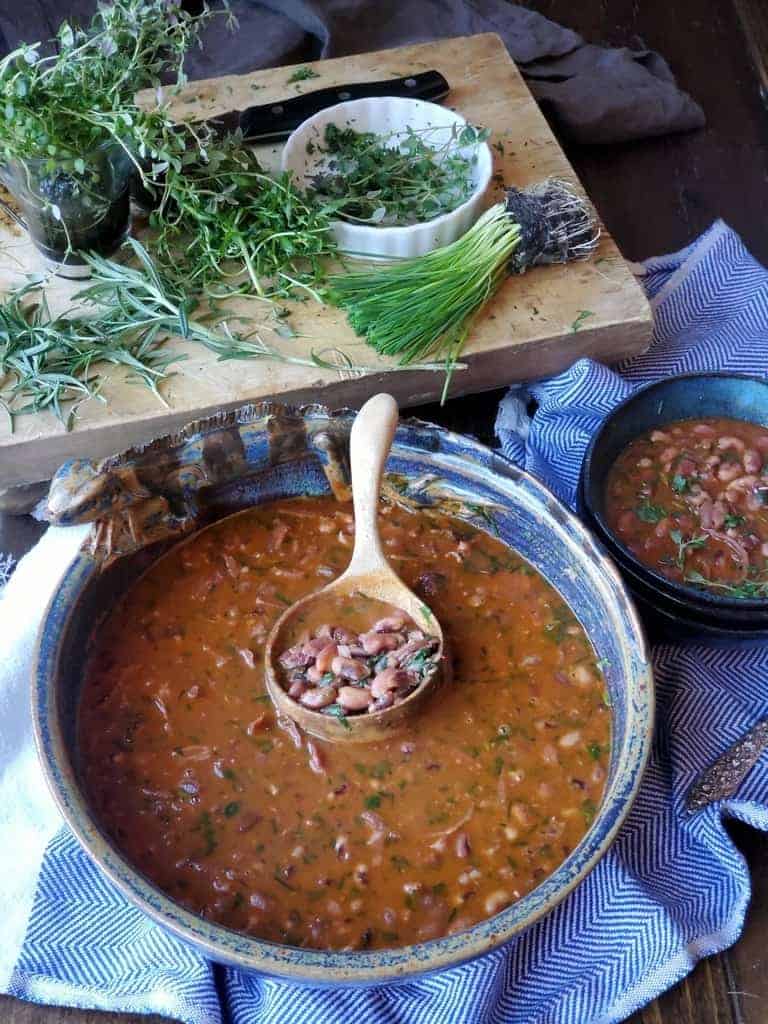