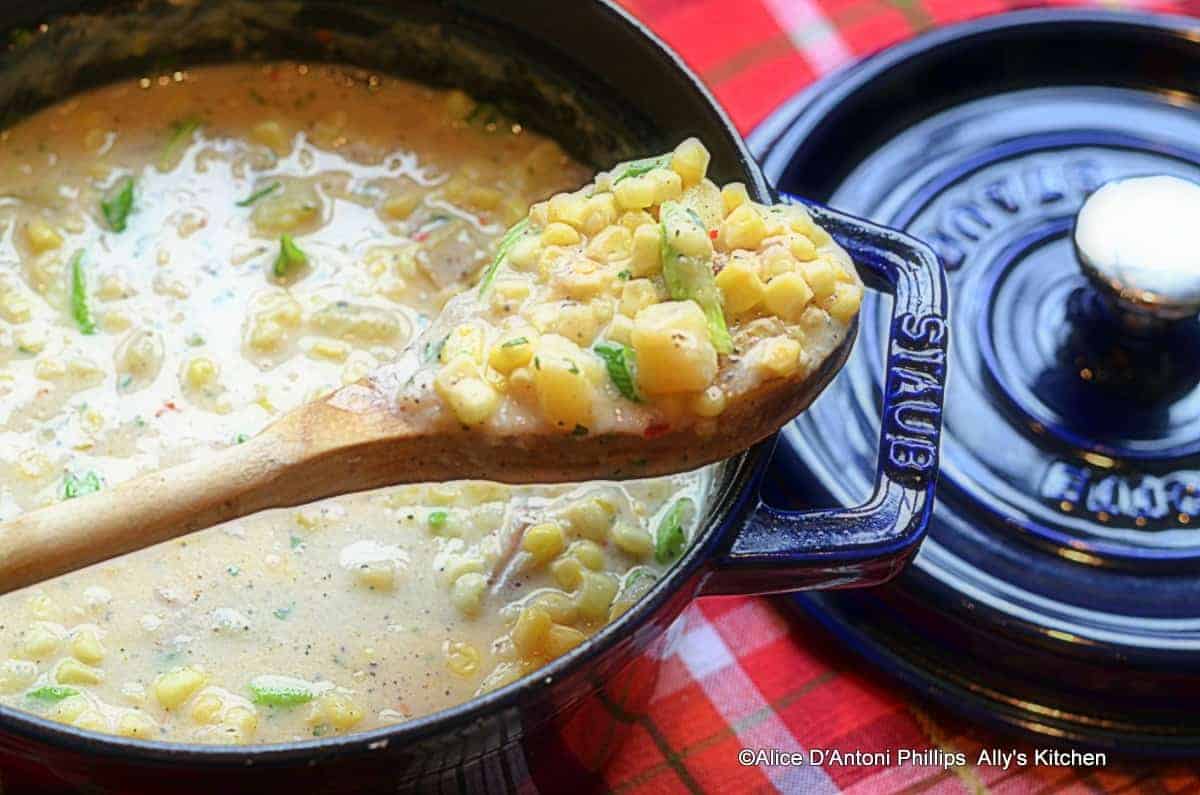 Warm your tummy with this Pennsylvania Dutch corn chowder and you’ll snuggle in for the evening! Simply perfect for lunch or dinner!

Chowders are soups with cream or milk. And, this creaminess that makes them superbly delicious. They’re usually other ingredients, too, like potatoes, corn, maybe seafood, onions, celery. Popular chowders are seafood based like clam chowder.

Now I love corn. And, I love soups with corn. In fact it doesn’t have to be just a vegetables soup with corn, but other soups that you’d maybe not think of adding corn.

Here’re a few of my soups or stews with corn that you might want to check out:

Today’s Dutch oven pots are perfect for making any kind of soup, stew, roast and more. They can be used both on the stove top and in the oven like a baking dish. Since they’re large and roomy, they’re perfect for big meals and one-pot preparation.

One of the best things about being a foodie and blogger is the number of talented and generous other foodies you meet via social media.  Many of my friends, whom I’ve never met in person but feel like I know as well as real ‘brick and mortar’ friends, have written cookbooks.  This recipe is from one of my foodie friends, Warren Caterson, who’s created ‘Table for Two’ .

The cookbook is full of a cornucopia of easy and simple, yet elegant and delicious, recipes. And, since I was hankering for a creamed corn soup, I landed on page 25 and found this recipe! 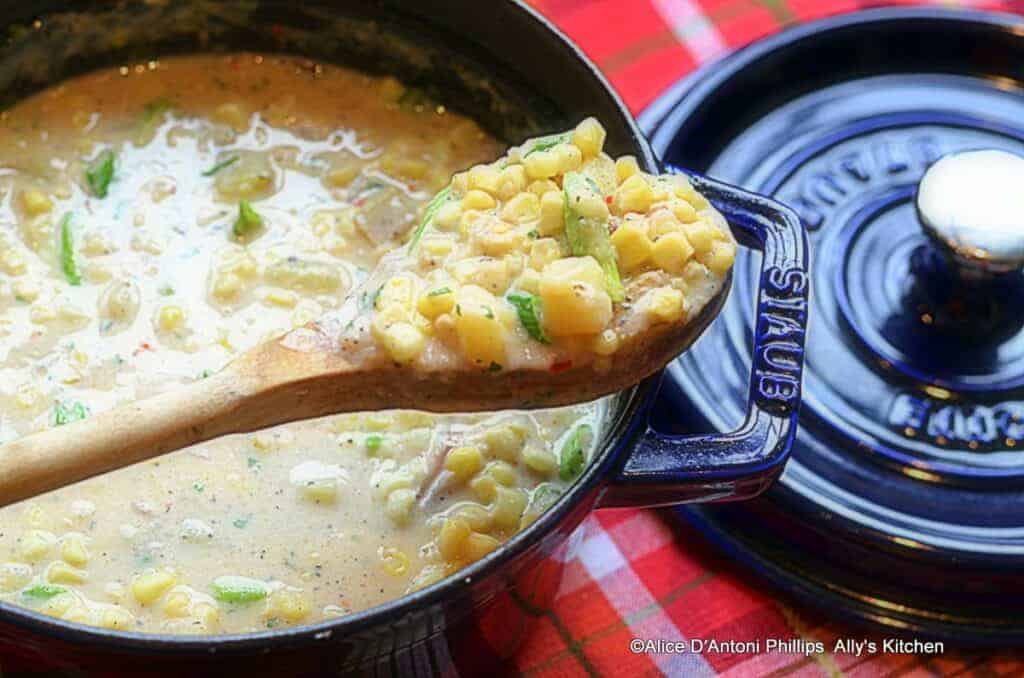 Over medium heat in the Dutch oven, fry bacon and remove from pot leaving drippings.

Reduce heat to medium low and add chili flakes, cumin, cilantro, slat, pepper, half and half and sour cream and blend.

Cover with lid  and cook for about 30 minutes on low stirring occasionally. Add green onions when ready to serve. 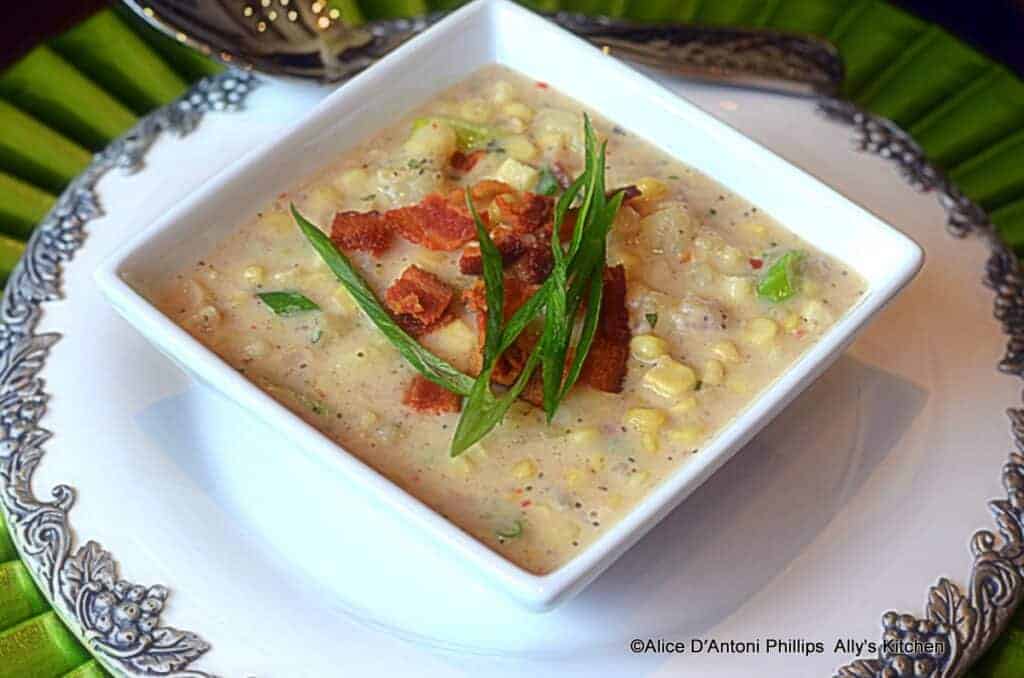 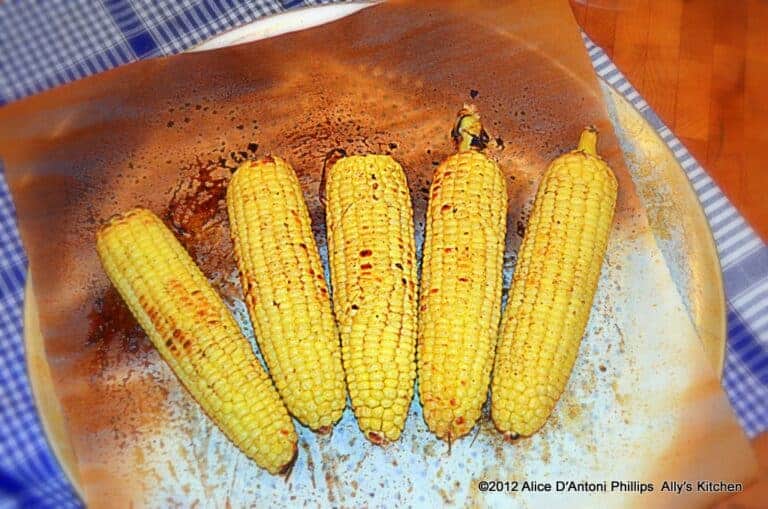 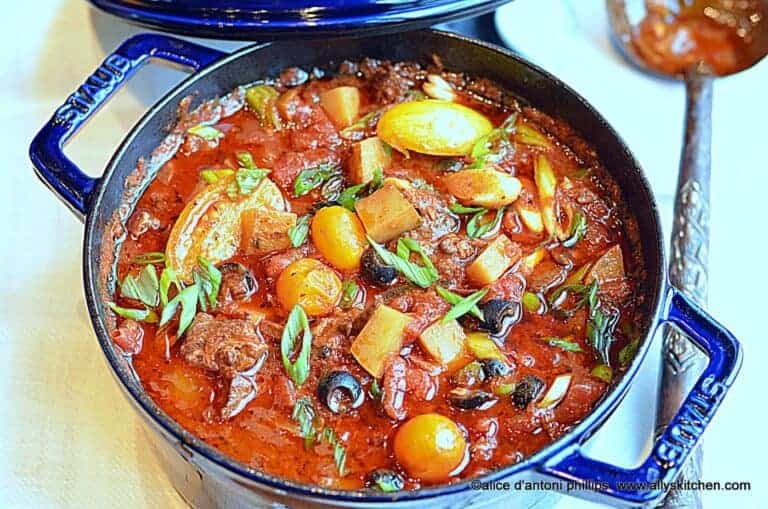 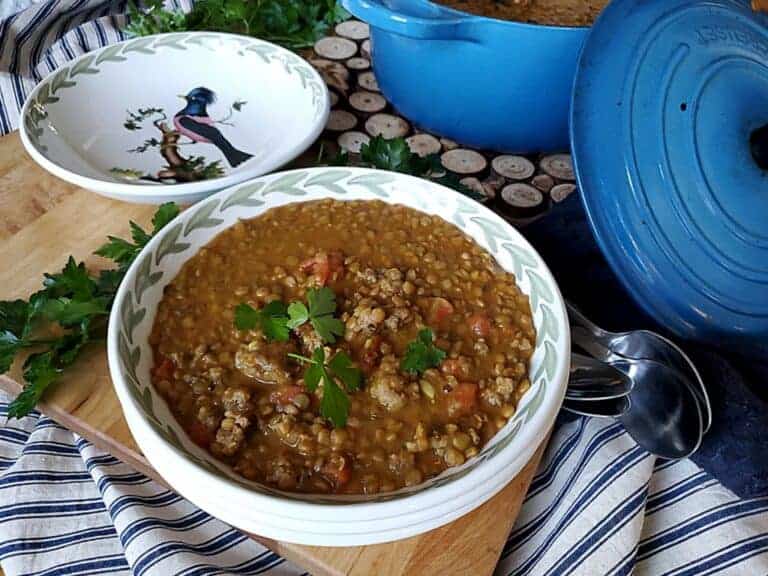 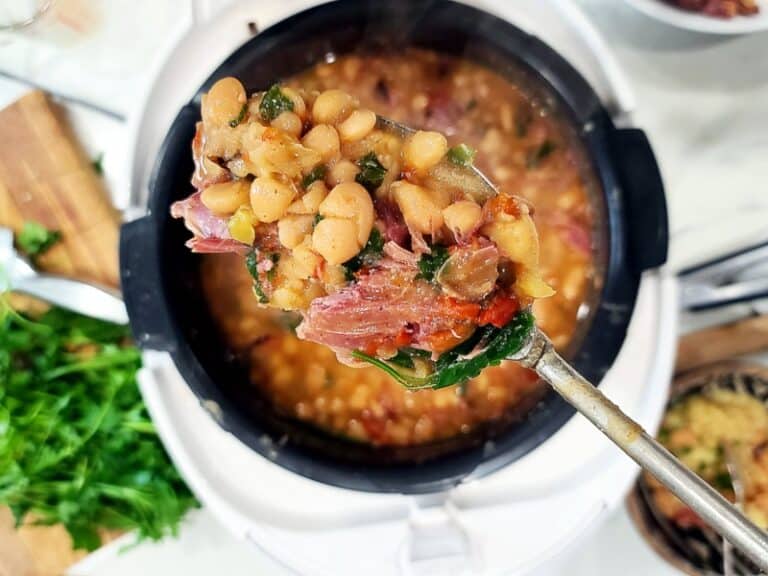 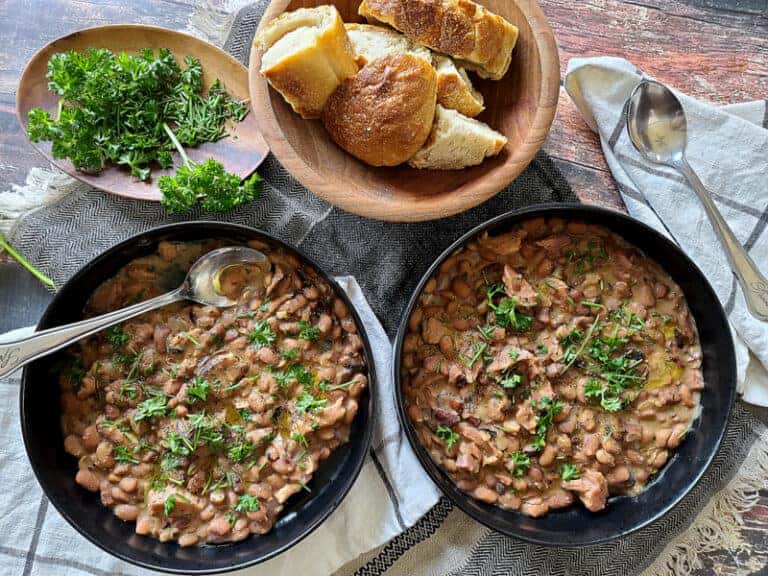 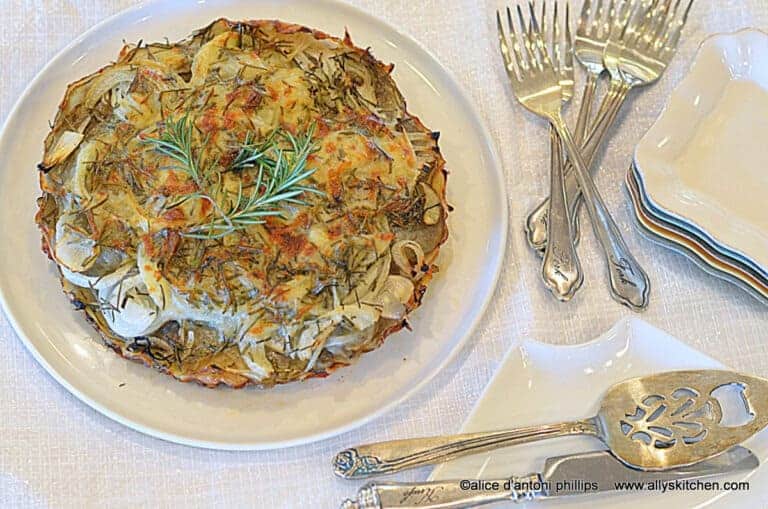