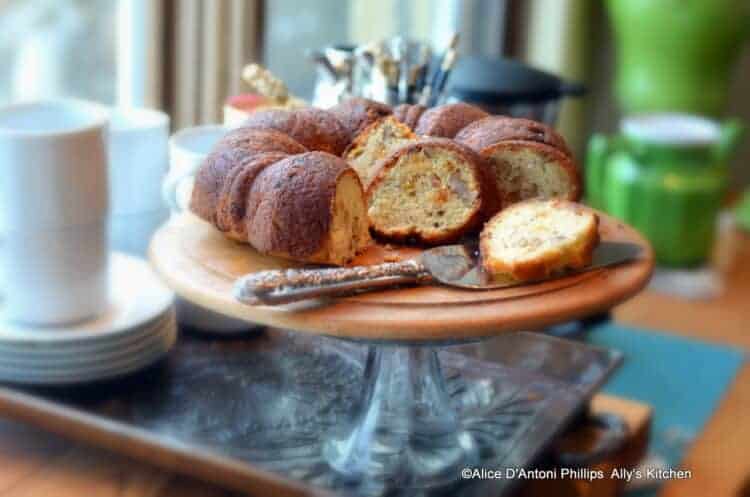 ***Tap Tap Tap***  This is a test, only a test!  I decided to use the rice flour in my pantry in this morning’s banana bread, which, by the way, was not planned, like a lot of little chillins in families!  The four black bananas on my kitchen counter were either going to be thrown out or used~~this was not a hard decisions.  I love banana bread, especially those choked full of walnuts, and I wanted to test the rice flour to see how it’d work.

So I looked on the side of the package, saw a recipe for muffins–one cup of flour and 2 teaspoons of baking powder–I thought, wow, I’ll really need to ramp up the baking powder since I’m using 4 cups of flour.  I like my banana bread with the true unadulterated banana flavor–don’t like to camouflage it with spices or even vanilla, but if you like it that way, have at it.

Since I’d made a lot of batter, I decided to split and add different add ons to each, hence, I did one as a smaller bundt cake with golden raisins and the other as a loaf of ‘bread’ with coconut and diced apple pieces~~yes, I had a golden delicious apple on my counter, too, that had a skin that was in the ‘old age’ stage~~time to toss it in! 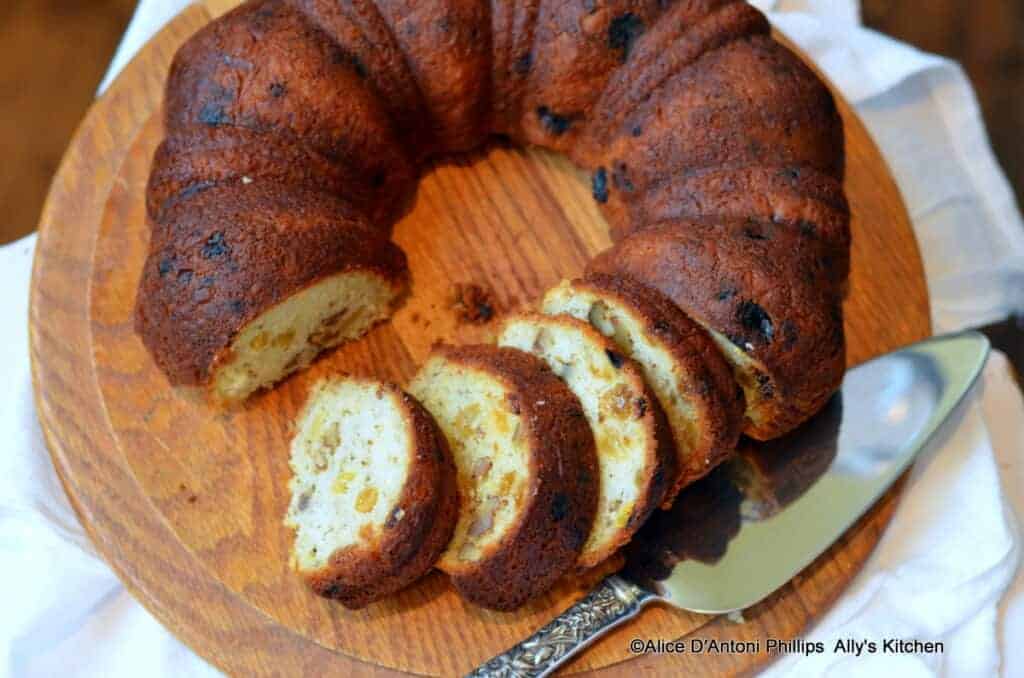 Yield: Makes One Bundt Pan or One Large Loaf Pan 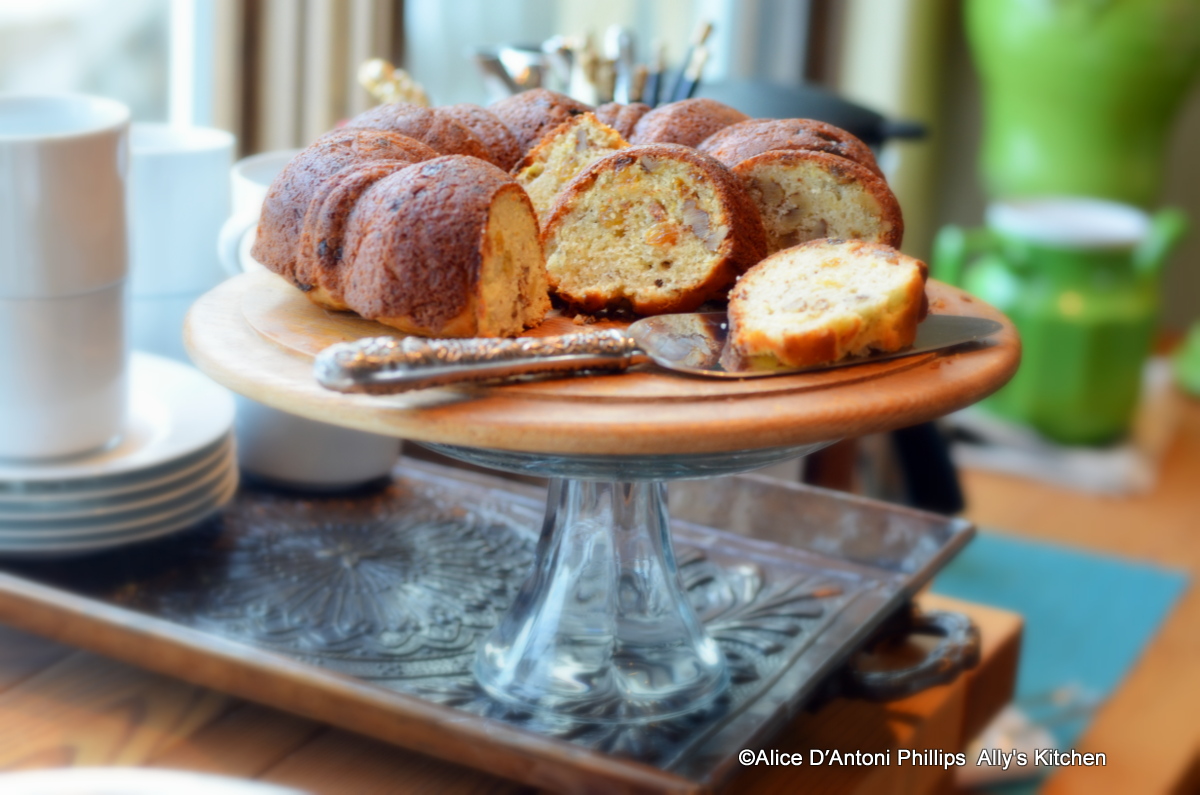 Optional add ons if you prefer your banana bread sweeter. 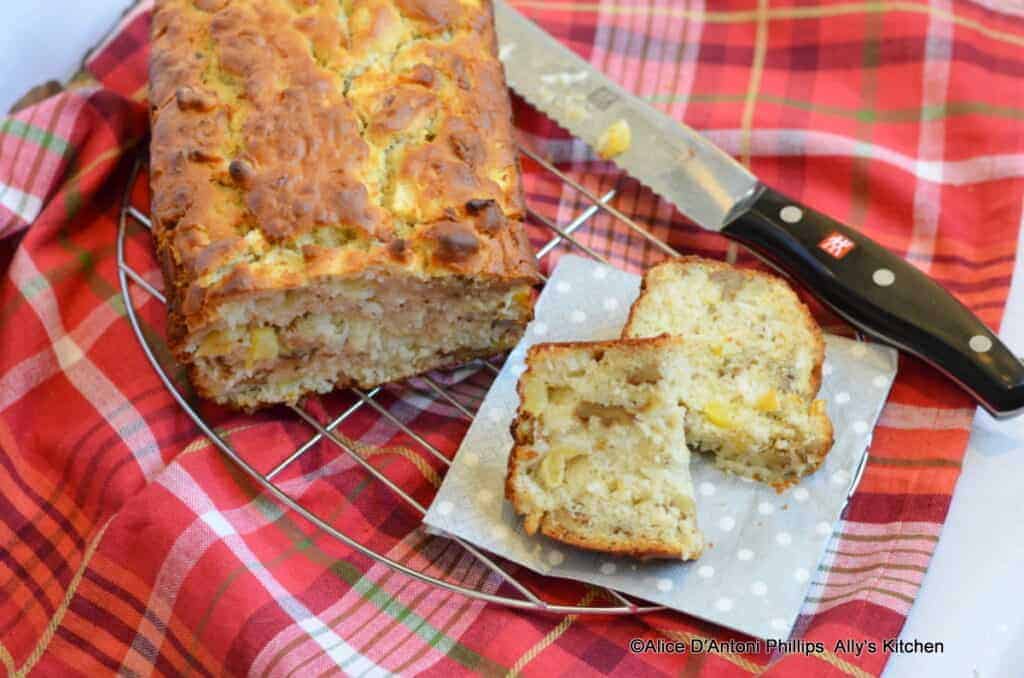