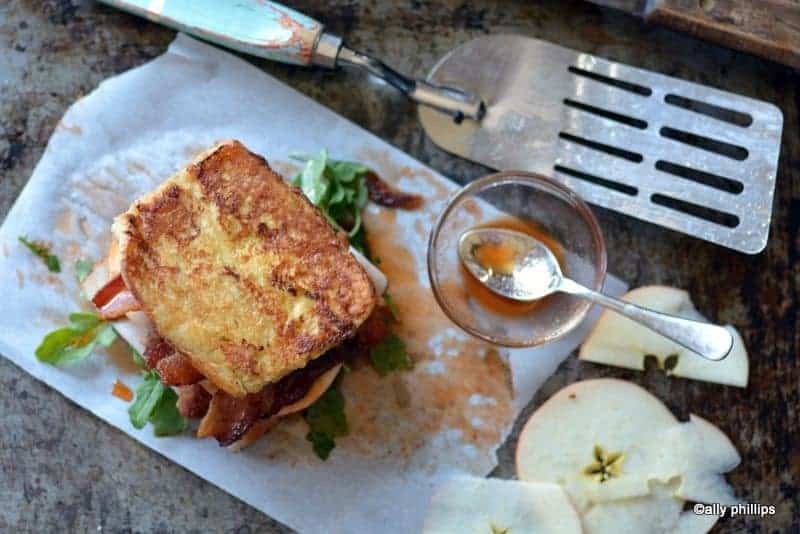 There’s nothing more tasty than a really great sandwich. I mean it’s a meal when you really think about it. Load it with veggies for your greens and added nutrition. Then pick out a variety of meat{s} and maybe cheeses if it suits your fancy. Maybe throw in some fruit. And, it’s all between a couple of pieces of bread.

This french madam turkey sandwich, just my version of a croque madame without the egg, errs on the different side. Of course, that’s what’s so fun about food. Venturing out and trying new combos, ingredients and ways to approach your traditional favorites. Now, don’t get me wrong, sometimes I just want a regular turkey sandwich. Yeah, on soft bread with mayo, tomatoes, lettuce, salt and pepper. But, life is too short to always do things and eat things the same way. So, tiptoe onto the wild side!

Another thing about this sandwich, I’m sure hoping you’ll love this sriracha spiced maple syrup. I just thought when I was dreaming up this outrageous turkey sandwich some syrup would be great on that sausage. And, since the bread is almost like a French toast, then let’s have syrup! Hope you enjoy! And, if you’re looking for a fabulous meatball for a sandwich, look no further. Yep, French Onion Meatballs! xoxo ~ally 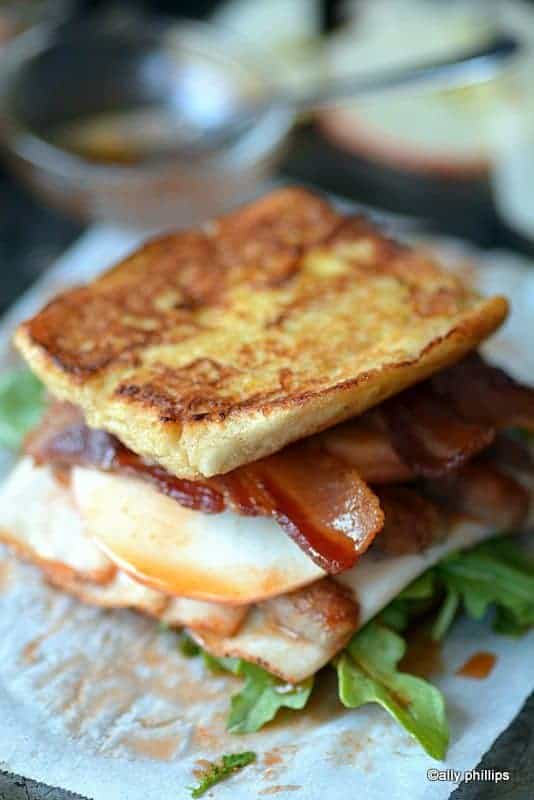 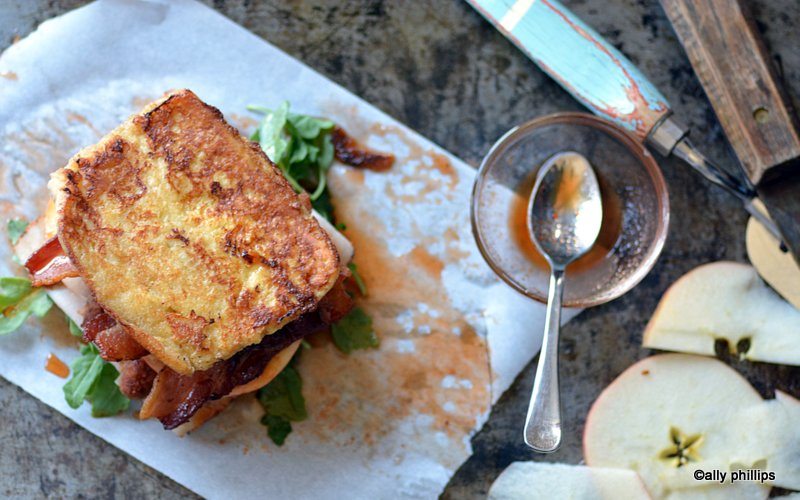 Make more spicy maple syrup and drizzle on top the sandwich. Of course, you'll need a fork and knife! 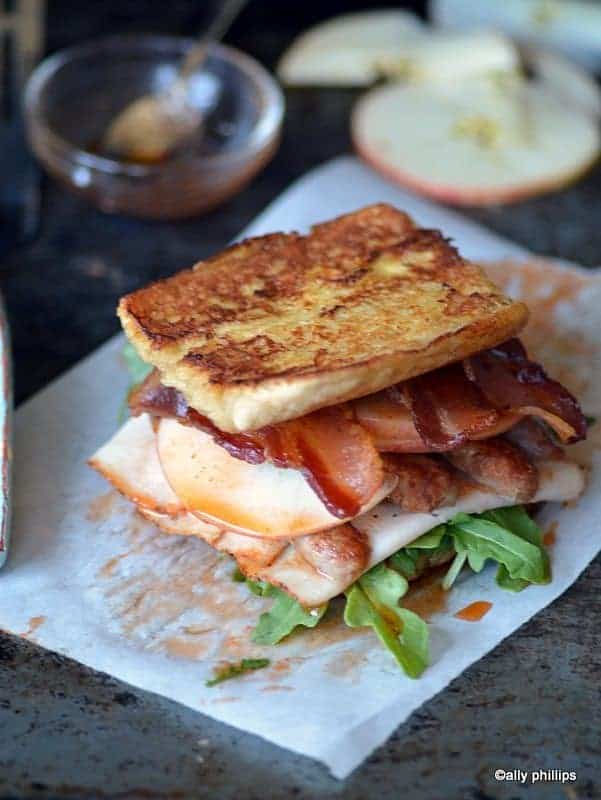