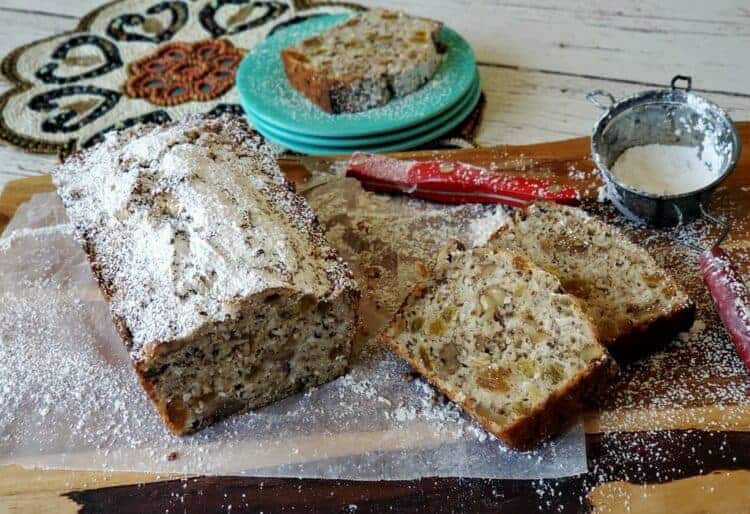 Sometimes I post on social media pictures of things I’ve cooked without the recipe. I simply describe the dish and give a general overview. That’s precisely what I did with this banana nut bread or as I call it willy monkey oatmeal buttermilk banana nut bread. Well, if I got one request for the recipe, I must have gotten ten requests! Seems that lotsa folks have ripened bananas on their kitchen counters and need some inspiration!

Names for recipes are sometimes a challenge for me. I don’t want to make the cutesy. I want to have the name described what the recipe is. However, at other times when I’m making a recipe, I have flashbacks and memories. And, in this case, it’s with my littl’ silly monkey grandkids who love to cook with me when they come to visit. I know that this love of being in the kitchen with Mama Ally will someday dissipate. Yes, they’ll have more “exciting” things to do as they become preteens, teenagers and someday adults. But, for now, I created this recipe thinking about them and having them in the kitchen with me.

You see I’m sort of a gunslinger in the kitchen. And, that’s what I do when the tykes are here. I’ll be whipping something up, and say, ‘Hey, whatya think about adding such and such to this recipe? What’d you think it’ll do to it?” It’s a kind of intuitive and ‘shoot from the hips’ cooking, but a lot of times, yes, something better always emerges with the recipe. And, that’s the case with this silly monkey banana nut bread.

Hey, let’s try some oatmeal. It’ll add texture plus it’s got more nutritional and fiber value in it. OK, I’ve got just a little ground chia and flax seeds. Let’s throw it in. Or, I’m staring at about one half cup of wheat germ in the jar in the refrigerator, let’s use it! And, when the kids chime in with their ideas, I’ll usually say, ‘Oh, yeah, man, now that’s a silly monkey and a great idea!’ You’ll see a beam of happiness come across their face. Yes, things like this build confidence in kids.

What Really are Recipes

To me, recipes are nothing more than a starting point. Inspiration for adding your own personal touches and preferences. Yes, you’ll probably use the basic framework, but you become a ‘real cook’ when you have the confidence to  experiment, be intuitive and try things outside the parameters of the recipe. That’s when cooking becomes so much more fun. You realize that you’re understanding ingredients and how things come together to make whatever it is that you’re making. And, these are the instances where you truly learn how to cook.

So, have some fun. Try some new things. Be a silly monkey in the kitchen and soar! xoxo ~ally

Ever had an ‘Almond Joy Cake’? Yes? No? Well, try it, you silly monkey! And, check the super cute serving plates! Perfect for picnics, camping, serving this silly monkey banana nut bread and more! 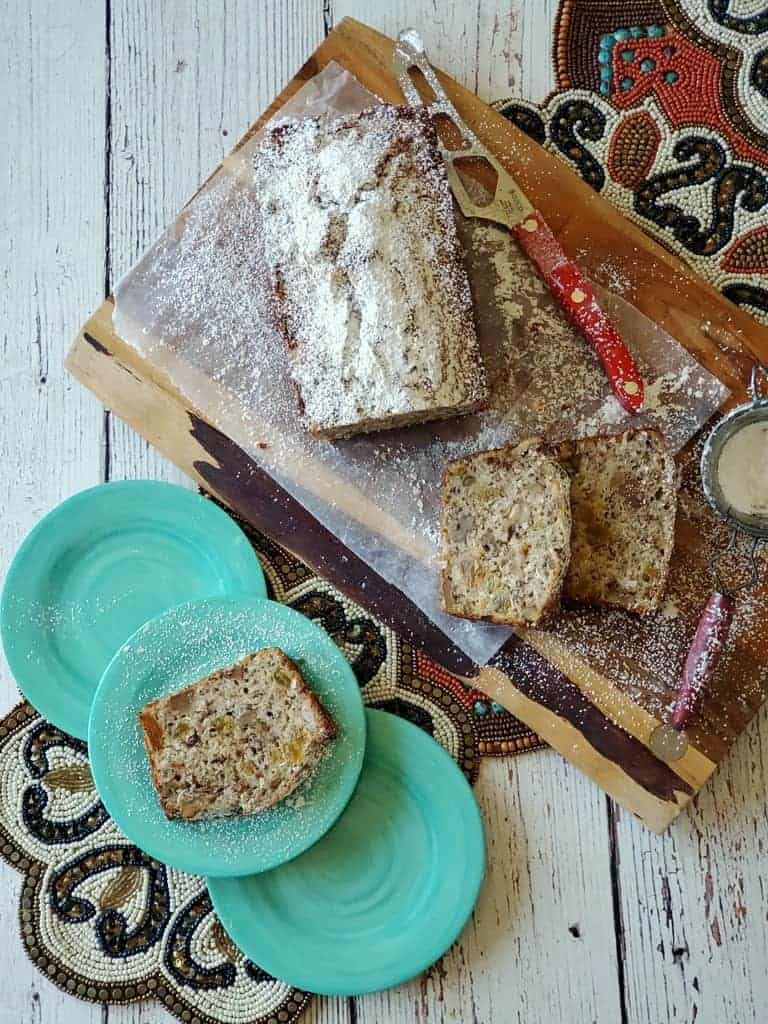 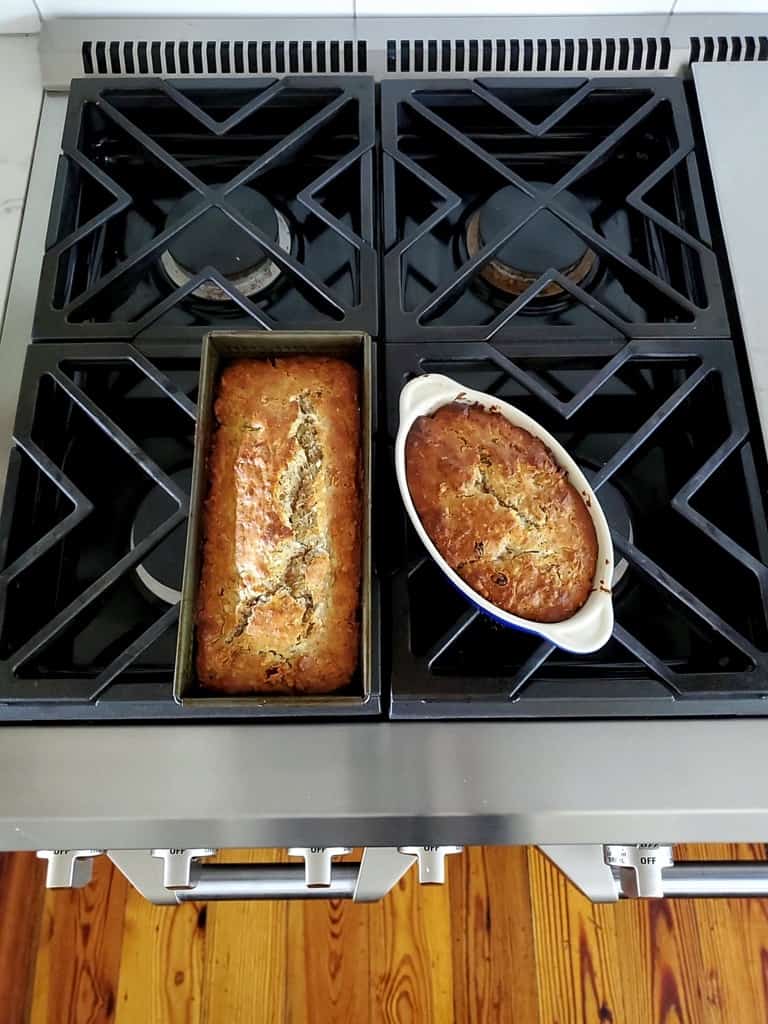 If you don't like coconut, hummmm, you could omit or add in more nuts and/or raisins.

If you have extra batter, don't fret! You can use another small baking dish! 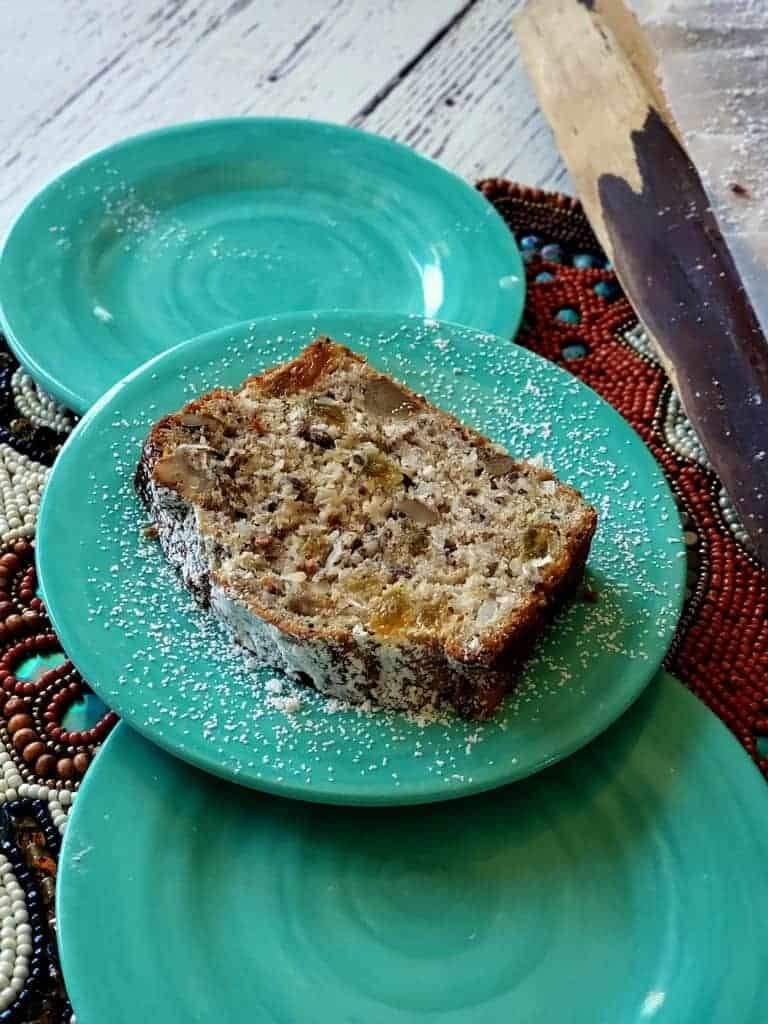