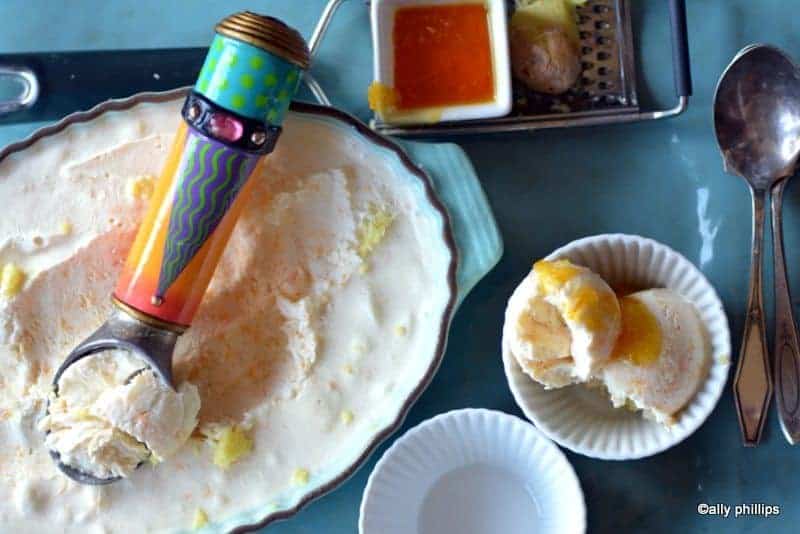 So many things in the kitchen and with cooking, I do the ol’ fashioned way. By that I mean not having fancy gadgets and equipment that does the work for you. I just think that more of ‘me’ is infused in the food, dish or whatever I’m making when I do it myself. Sometimes I take shortcuts, but that’s usually only when time is an issue or if I know a store-bought product is as good or better than I can make. I don’t own an ice cream machine. I’ve never had a bread maker. Only a couple of years ago did I get a sexxy red shiny Kitchen Aid mixer. I might be looking at investing in a pressure cooker sometime down the road. I do have a small waffle iron.

When I thought about making ice cream, I always had visions of a machine needed. I mean I watch Chopped and see chefs use that instant ice cream making machine, and it looks so easy! So I decided to stay true to my cryptic means and create an ice cream that needed no machine. For me, it’s a first, and I know others probably have done it, too. I’m telling you, this is one dandy, creamy, boholicious recipe! I even used my hand mixer rather than the Kitchen Aid to whip the cream. This orange ginger ice cream scoops, feels, tastes and delivers like a fine artisan ice cream. 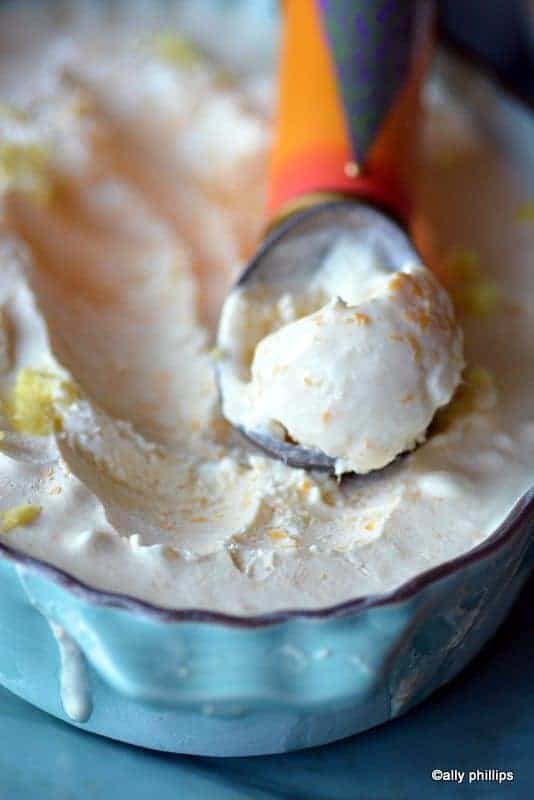 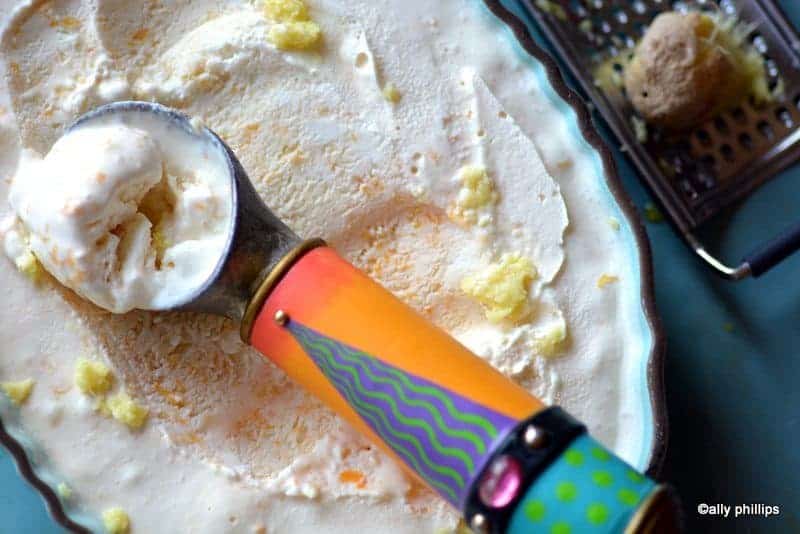 What you do:
Drain the mandarin orange juice. Put the orange slices in a food processor and pulse until a thick mixture then drain the excess liquid from this mixture. (Press the mixture to push out the liquid.) Reserve the liquid because you’ll use ¼ cup.

In another deep mixing large bowl, put the whipping cream. Use a hand mixer and whip into stiff peaks making a fluffy cream. (Increase the mixer’s speed as the mixture gets more whipped and creamy.)

Slowly drizzle in the liquid mixture to the whipped cream and blend. The mixture will be soupy once it’s all combined. Put into a freezable dish, cover with doubled plastic wrap and freeze for 6-8 hours or overnight. When serving, remove and let it sit about 3 minutes, then start scooping! 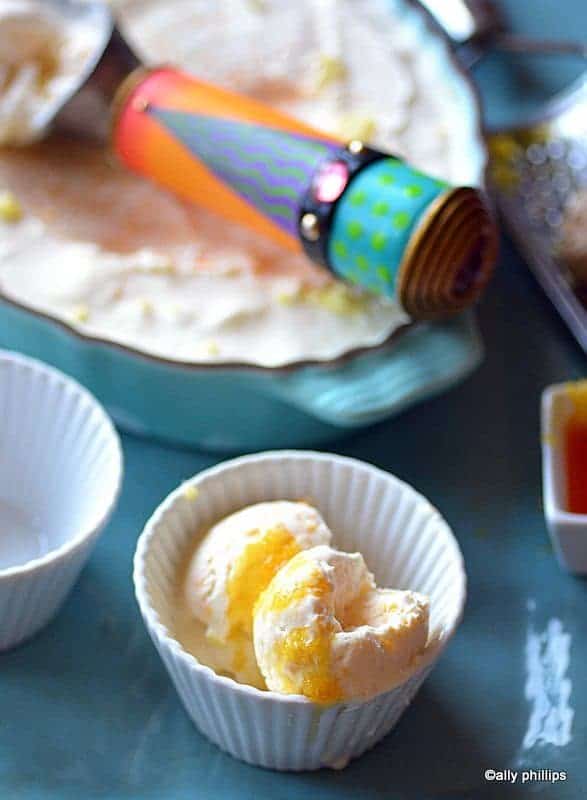