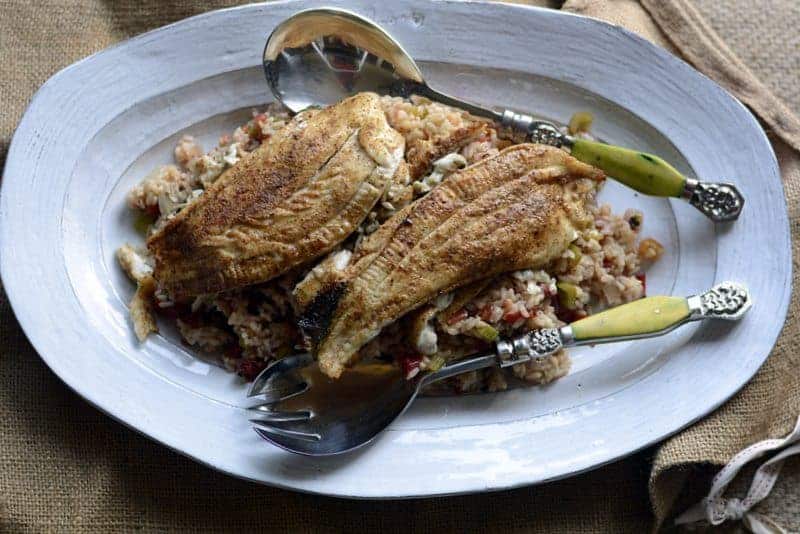 Inspiration for this creation comes from several incentives. Let me share because I think you’ll get a kick out of how my recipes are ‘birthed’!

First of all, as some of you might know, we live on the water along the coast of the Carolinas. And, this location affords us so many beautiful things with one of the best being fresh catches throughout the year depending upon the season. Flounder is one of our favorite white fish. It’s tender. Flaky. Mild. And, lends itself perfectly to eating whole or as a filet. You can change up the seasonings depending upon your hankerings. So, Ben, my hubby, who has this ratpack well-used john boat was verrreeee slowly sputtering back to our dock, his fishing line in the water when he gets a bite. Yep, not 100 feet from tying up, calling it a day and coming in empty handed, he nabbed a fat flounder about 5 pounds and about 16 inches long. That meant we would eat that night!

I’m inspired all the time by the universal language of food. It doesn’t matter where I go, camel trekking in the Sahara, riding the subway in Boston, checking out of the grocery line, standing in line at the home improvement store…wherever and whatever…I can strike up a conversation about food. And, you know what, I always have eyes light up and folks want to talk!

Back track to a few weeks prior. I was on a flight coming from Atlanta to Myrtle Beach. Sitting next to me was the big tall hefty man. He hadn’t missed many meals. I knew he was an outdoorsman, probably hunting and fishing, by his attire and his hat. I smiled when I sat down. Buckled my seatbelt, nestled into my ‘space’ then said in my perky, yes, let’s talk, voice, ‘So! What takes you to Myrtle Beach?’ With his Bayou drawl he said, ‘Pigs’. Of course, I was kind of taken aback. OK, I’m thinking pigs, what’s happening in this resort town with pigs. As the conversation progressed, I was intently intrigued. This gentleman was going to the Wild Pig Conference being held there for 2016. Let me tell you, I had NO idea about wild pigs (boars) and what a problem they are in the Southeast, how they ravage land and cause destruction, the issues that they create for farmers and people. AND, I had no idea there were people who work in this area who help with controlling these animals that can easily take over. I had no idea that a wild sow (a Mama pig) could be the generator of up to 1000 offspring, her female gilts, their gilts, and so on, in a lifetime. You can imagine the education I got. This fella worked for the federal government, and he knew his stuff.

Another thing he knew was cooking. Yes, we talked about cooking wild boar. I ate some of the most divine bolognese I’d ever had in Italy, and it was wild boar I told him. The cooking subject migrated to Cajun cooking, and he started pulling up recipes from his cell phone for everything from oyster soup to grits, and, yes, creole! When I asked him if there was a ‘substitute’ for the seasoning, which in most all his recipes was Tony Chachere Creole Seasoning, he turned his head as if to ponder, looked down for a second as if really thinking, then turned to me and said in a long drawl, ‘There ain’t no substitute.’ I chuckled inside. OK, then Ton Chachere it is!

This flounder creole recipe definitely has a story behind it. It’s inspired by the love of food that comes from two fellas behind the scenes, my precious Ben and this total stranger, Steve, who shared with me their love affair with Mother Nature. Now I’m sharing this glorious recipe with you. Yes, you’ve heard of shrimp creole, which I’d eaten just the day before at the ‘blessing of the inlet’, yet, another inspiration, and we’re twisting up this classic making it a flounder creole! 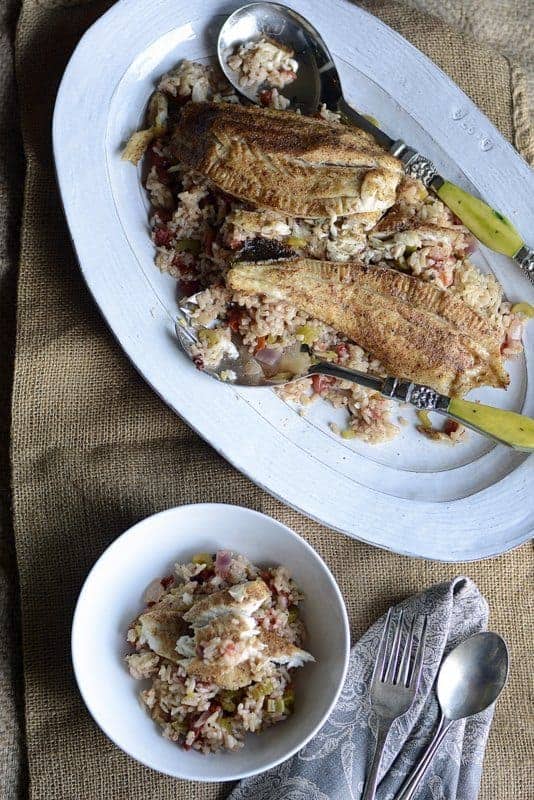 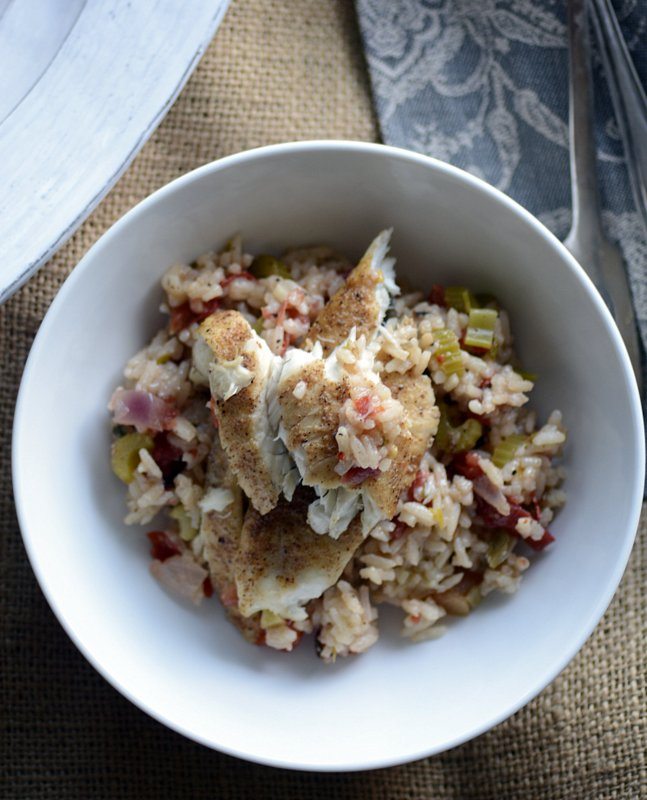 If you can't find flounder, you can use any other kind of mild white fish-cod, grouper, catfish, red snapper, crocker, haddock, halibut. 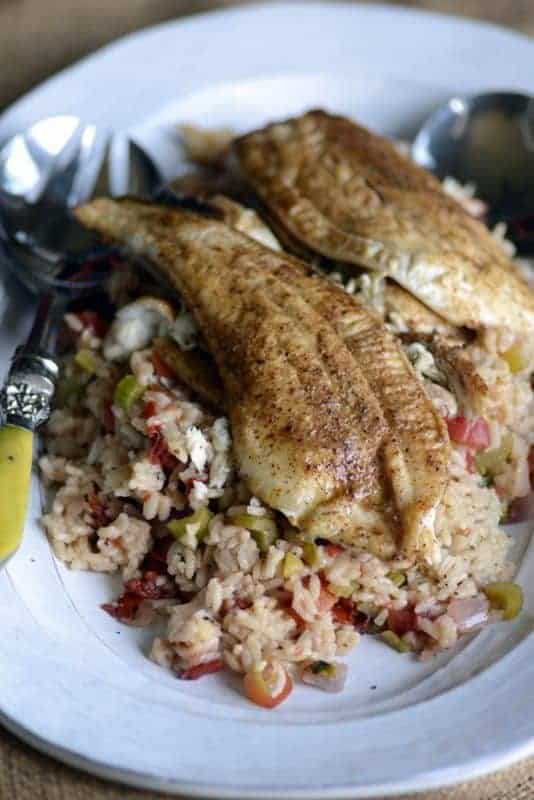