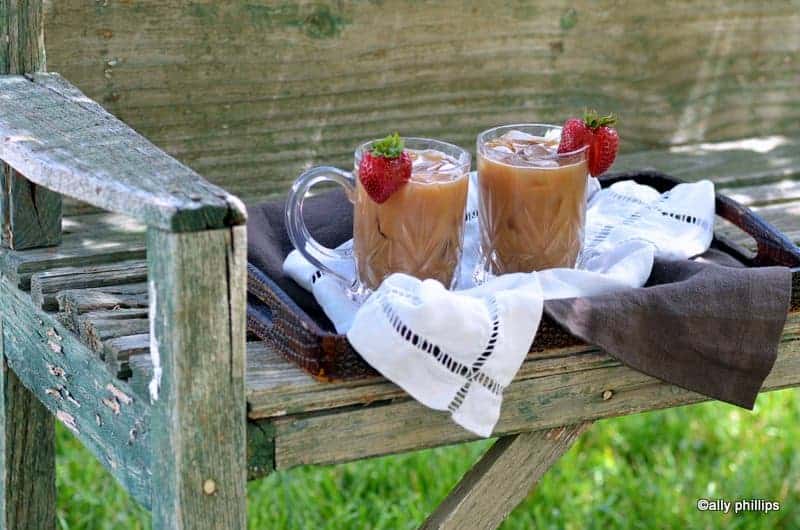 Some leftover coffee from the morning’s pot can become an afternoon chocolate cinnamon iced coffee with just a tad bit of creativity! Or this can be an after dinner drink that’s really like your dessert~you decide. Inspiration for this came because Ben and I had just done a 20 mile bike ride, and he was already in the “back 30” (also known as our 3×10 garden) harvesting some rhubarb in the hot sunshine. I wanted to give him something special, plus I really hated throwing out the coffee!

Now you know very well that a drink like this will probably cost you at least 3 bucks at one of those trendy coffee shops. Once you make it yourself, you’ll be hard-pressed to pay those big bucks knowing that it’s just a few ingredients, shake shake shake, pour over ice and sip sip sip! ~peace & namaste~ ally xoxo 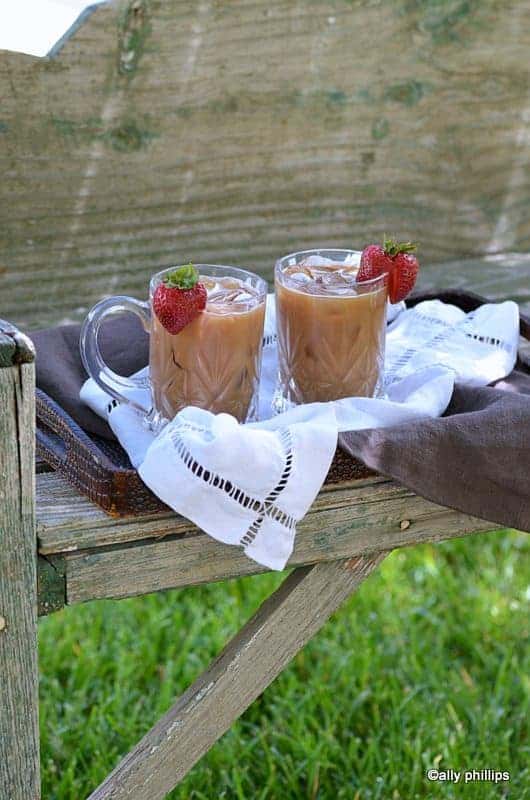 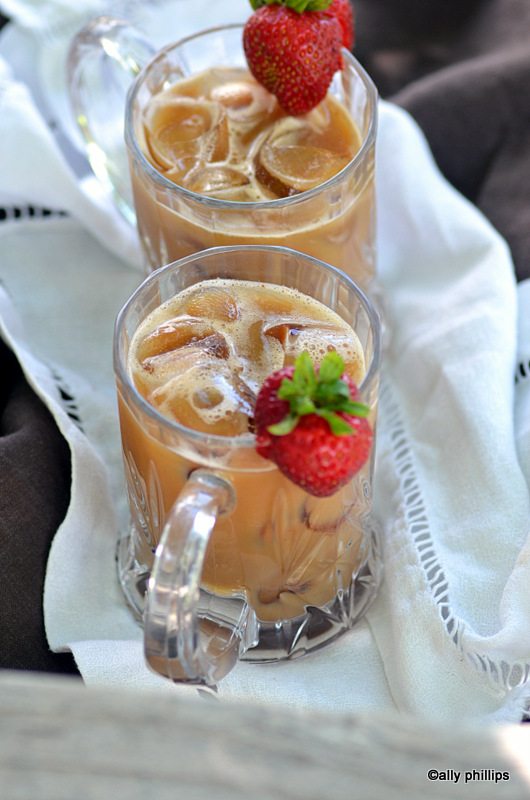 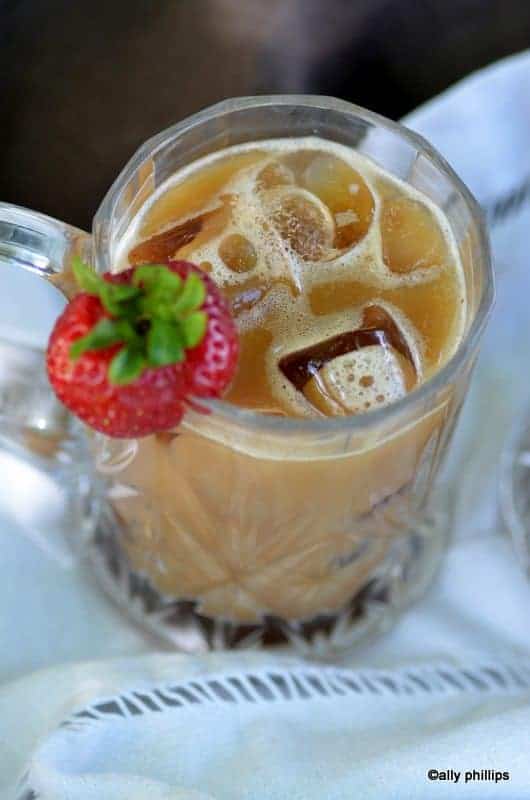