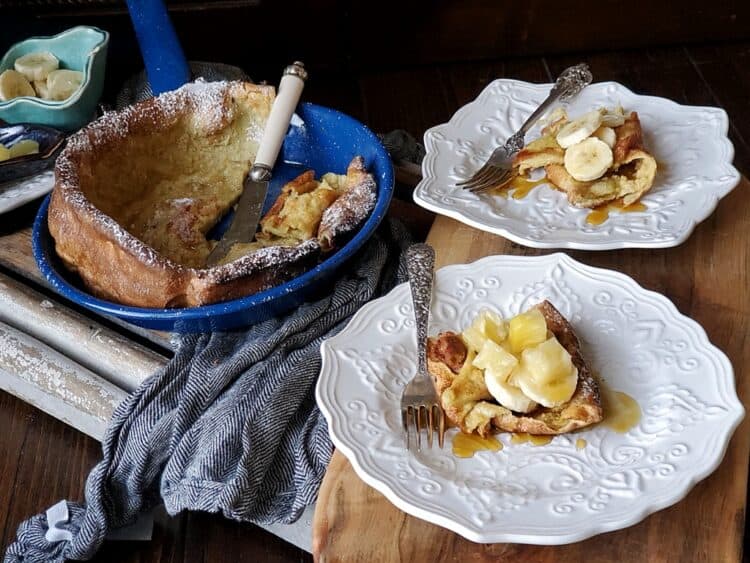 This recipe is uber simple. And, if you Google recipes for dutch babies, you’ll find they’re all pretty much the same.

Now this dutch baby pancake was made at high altitude, and I kind of thought that elevation helped make this pancake rise. However, I remade it in another skillet, this time a cast iron skillet, about 10″ diameter, and it didn’t rise as high. While I’m no food scientist, I’m thinking the smaller skillet (about 8″ diameter and enamelware) that you see here in the pictures may have contributed to the rise. I mean the dutch baby had no place to go but UP!

According to Wikipedia, yes, the ultimate quick source to finding information, says this about dutch baby pancakes:

While these pancakes are derived from the German pancake dish, it is said that the name Dutch baby was coined by one of Victor Manca’s daughters, where “Dutch” perhaps was her corruption of the German autonym deutsch. Manca’s Cafe claimed that it owned the trademark for Dutch babies in 1942.

My plans are to make dutch babies, as in plural. I’m going to use a very large, Barney Rubble style, muffin tin and make individual babies. Honestly, I don’t think there’s any way one person could eat the skillet size dutch baby. However, my 4 and 6 year-old grandsons literally ate all but one small slice of this dutch baby that you see! 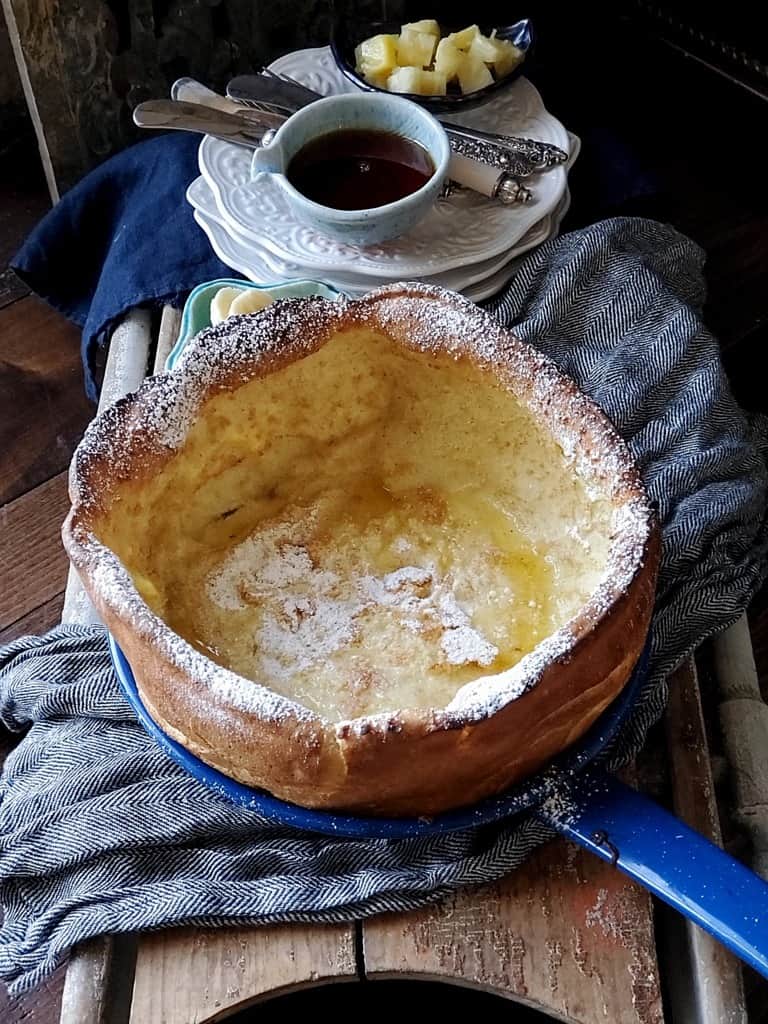 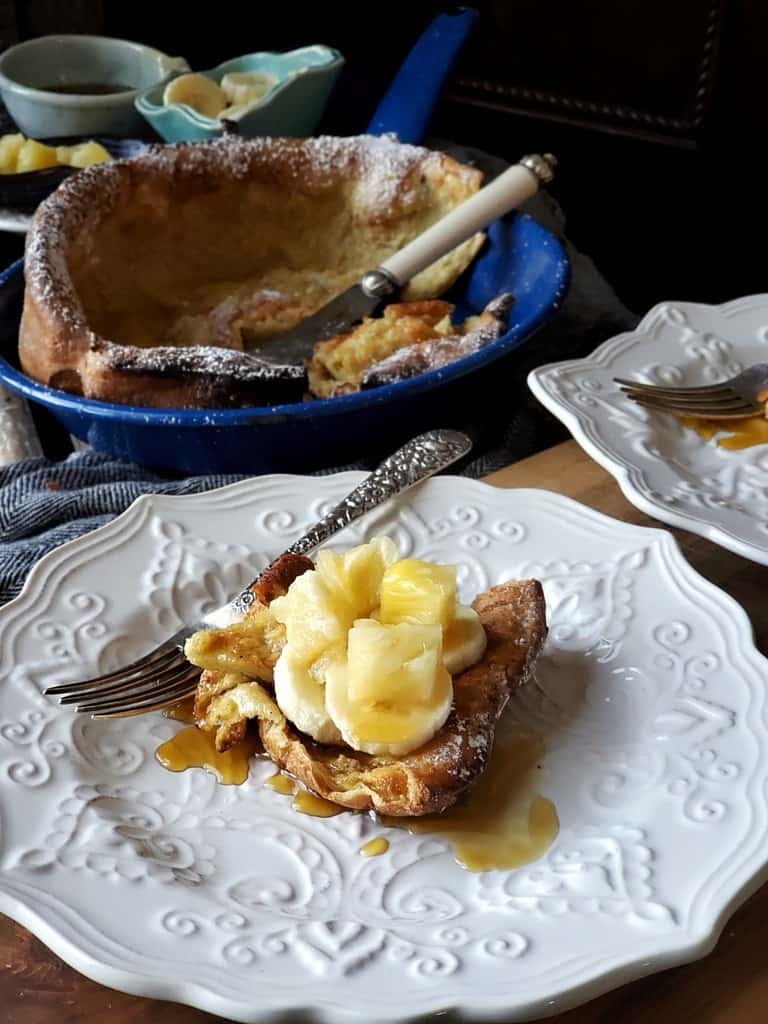