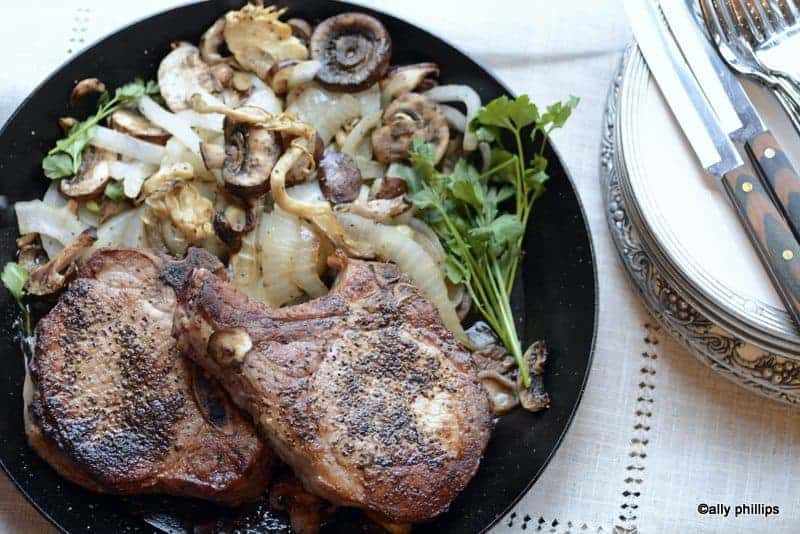 Pork has always been a big part of my life. My Mom used to talk about how her father would celebrate Christmas with roasting a whole pig. Of course, this was a huge luxury back in the 1930s for her immigrant family. Money was tight. There was a lot of eating pinto beans and cornbread. But, when Christmas came there was rejoicing and celebrating with nuts, fruits, vegetables and a whole pig.

Roasted over a pit open fire. I’m sure all of the neighbors gathered round and the entire affair became a social event. Many immigrants were coal miners and living in the hollers of West Virginia was rough, meager, harsh and the holidays were a time to rejoice and give thanks for all their blessings. Most importantly, being in America and have the unlimited opportunities that were out there.

Growing up, we ate pork often. Maybe that’s why I so love pork and pork products like bacon, ribs, ham hocks, pork roast, sausage, pork chops. Yes, pork is ‘the other white meat’ that’s been around since 5000 B.C. and is the world’s most consumed meat. Most popular in the East and Southeast Asia, pork is versatile and exceptionally flavorful.

These big daddy pork chops are simple to prepare and with the onions and mushrooms, there’s a full meal in one skillet. Adding a vegetable like steamed English peas or a salad can round out these fabulous chops that are seasoned sparingly only to bring out the natural flavors. One skillet dinners are always the best. And, those that can be on the table in under 30 even better! 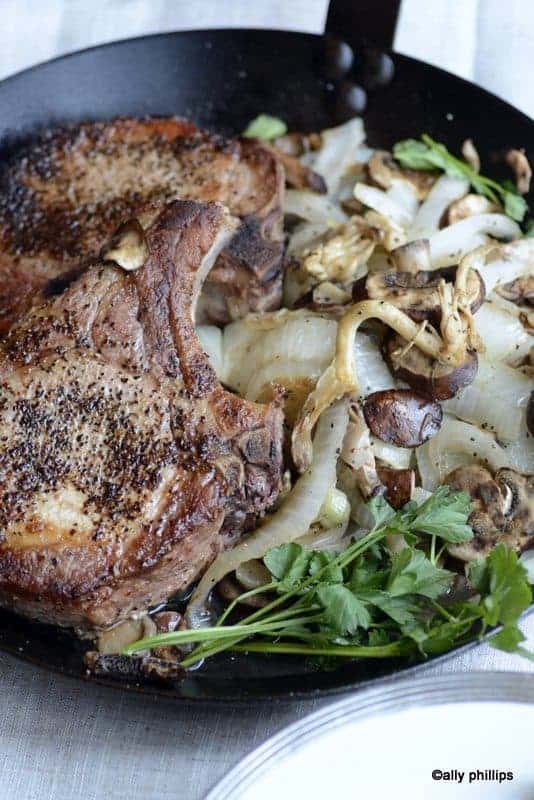 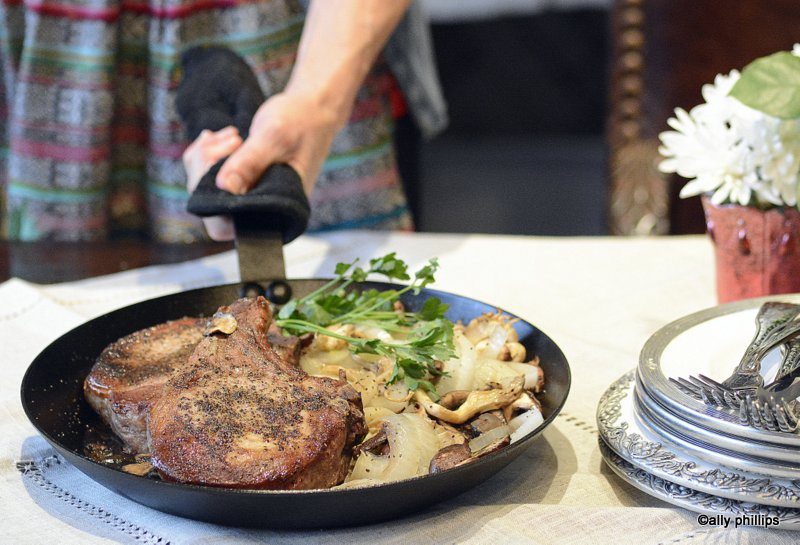 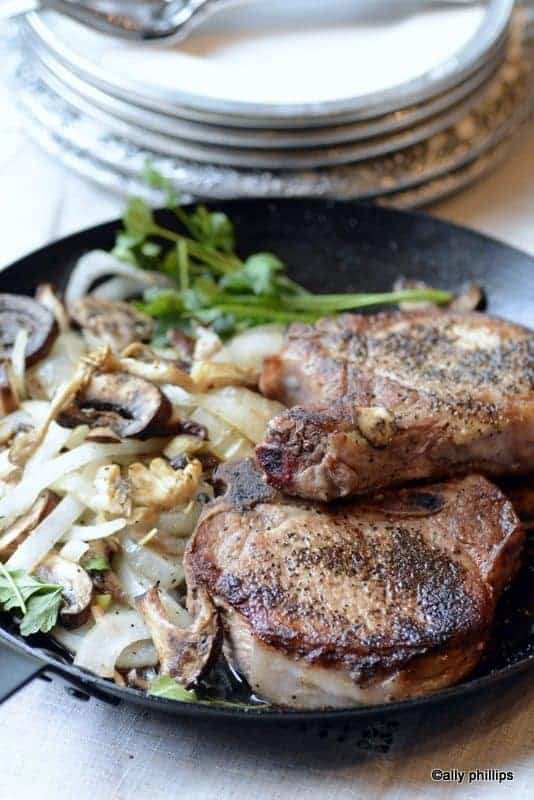