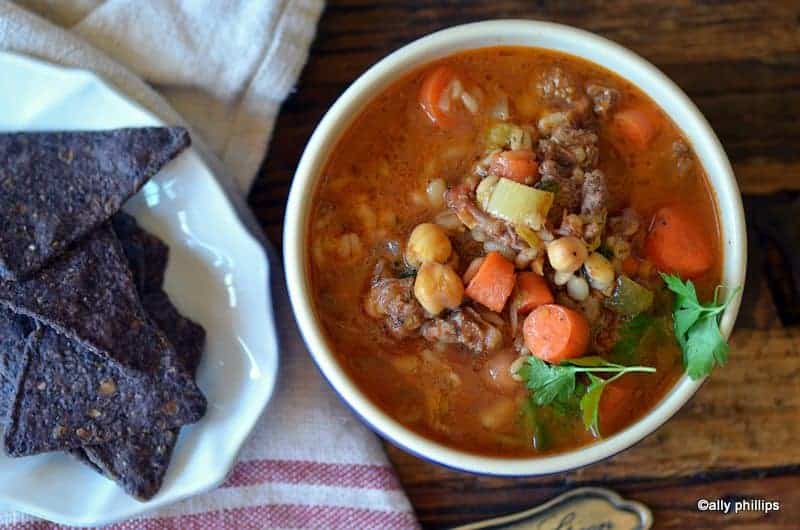 Some words simply sound healthy. It’s the way the word rolls off the tip of your tongue…barrrrrleee. Now think of the word ‘candy’…does that sound healthy? (OK, smile & play along with me!). Believe me, you’ll be refilling your bowl with this beef barley mushroom soup, which doesn’t take long to make.

Yes, ‘barley’ sounds healthy to me! It’s a cereal grain with a nutty flavor and almost pasta texture. It’s a great source of fiber, says it lowers cholesterol and it’s high on the list for intestinal protection~so it not only sounds healthy, it IS healthy! Barley’s popular in Tibetian cuisine and its roots go way back to the Medieval times being one of the first domesticated grains in the Fertile Crescent. **tsk tsk** unlike ‘candy’!

This oftentimes overlooked grain really doesn’t get the attention it needs and deserves. Maybe because it’s kinda ‘old fashioned’, hasn’t hit the ‘trendy’ scene like other ingredients, think couscous or quinoa. But don’t be mistaken, this powerful little grain is not just for beer making, it’s going to add some intense and diverse flavor to more than just soup. I’m hooked on it, in love, ready to give it it’s own hashtag~ #welovebarley! 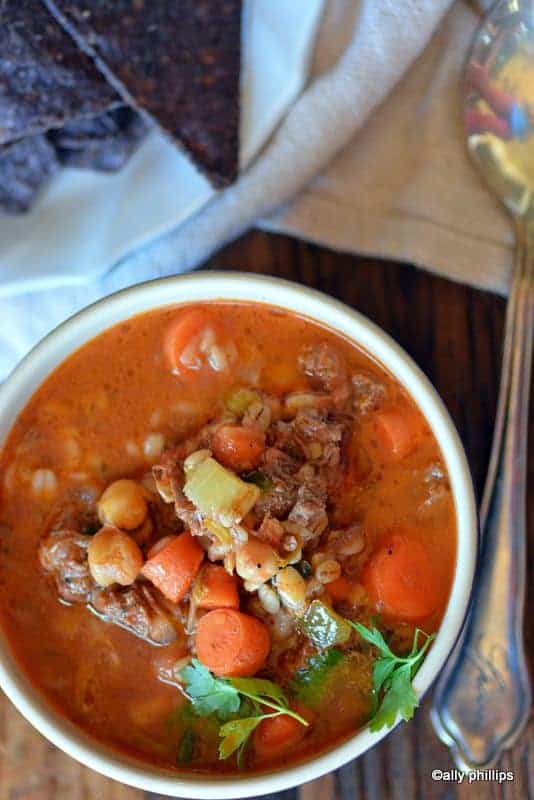 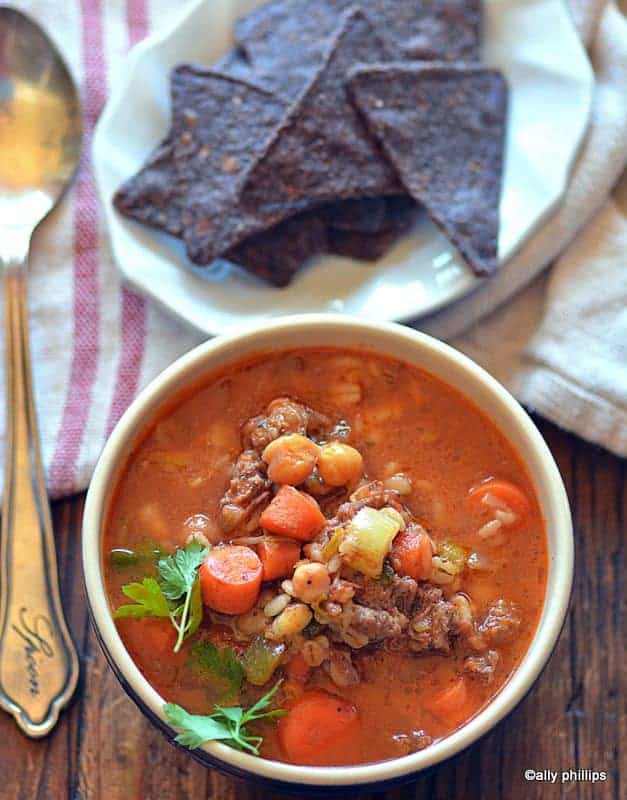