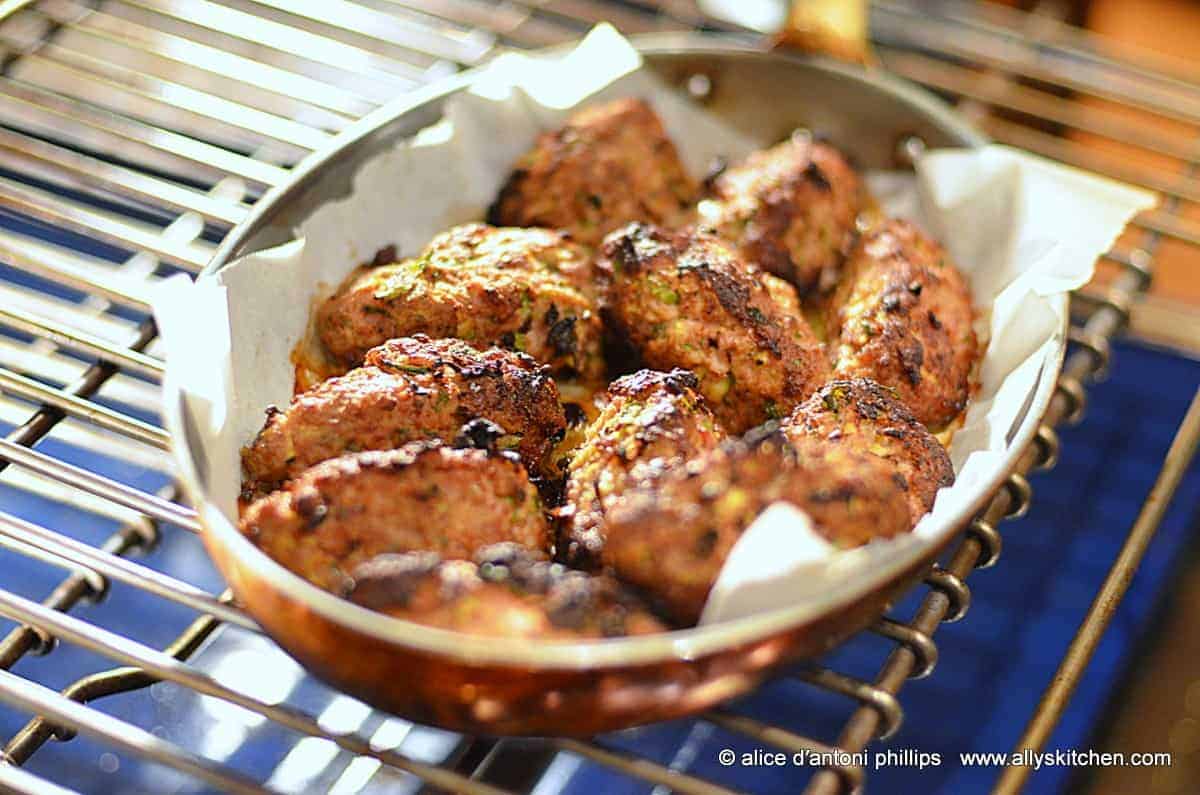 I had no idea these ‘burgers’ would be better the next day and cold!  Yep, while they were boholicious right after cooking, hot and loads of flavors then bites dipped in the yogurt minty sauce, as day after finger eats, they were even better.  This recipe is not mine~~it comes from one of my most favorite cookbooks, which I rarely use,  ‘Jerusalem’ by Yotam Ottolenghi and Sami Tamimi.  It’s more than a cookbook, it’s a historical perspective on foods of Jerusalem and life there~~the photos are captivating, and the recipes offer a chance to move beyond traditional spices and combinations of ingredients.

While I adhered to the recipe pretty darn closely, I did do a few things differently~~more amounts of spices, canola instead of sunflower oil, the addition of breadcrumbs and red chili flakes, mint in the sauce rather than sumac (which I could not find for the life of me!).  Ground turkey is healthy, but it errs, in my humble palate’s opinion, on the side of being really bland, so for our palates, I knew I needed to ratchet it up even more. {Even though I know Yotam tests the amounts put in his recipes to a tee~~it’s nice to tweak to your own flavor profiles.)  You’ll love the grated zucchini in these burgers…it added a lot of moisture, so that’s why I included the bread crumbs.  You bet I’ll be making more of the recipes from Yotam & Sami’s healthy exotic cookbook! 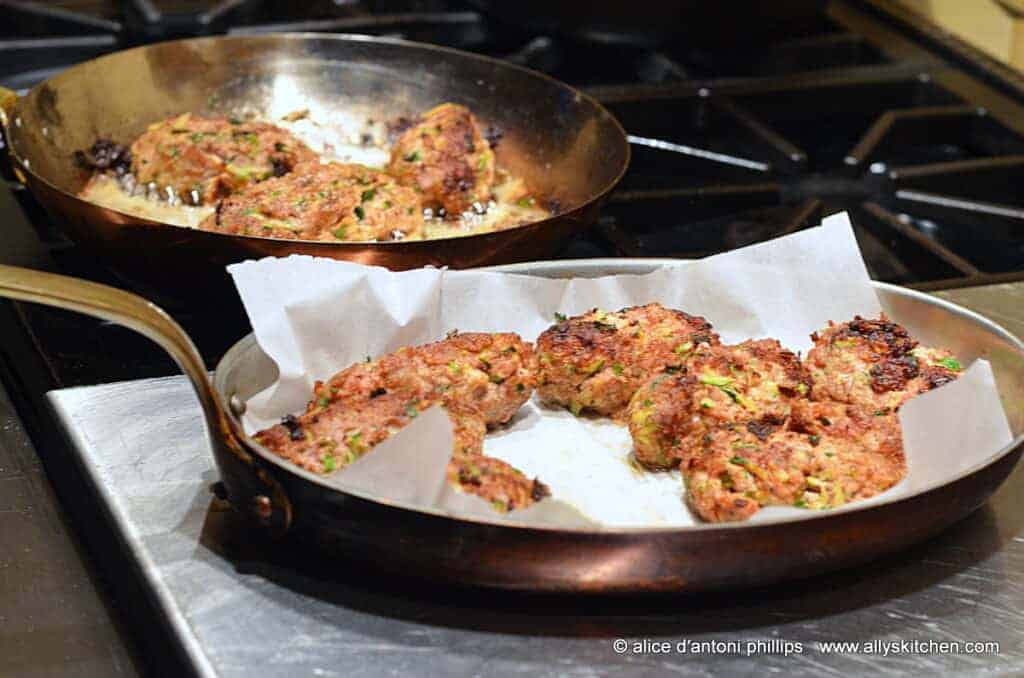 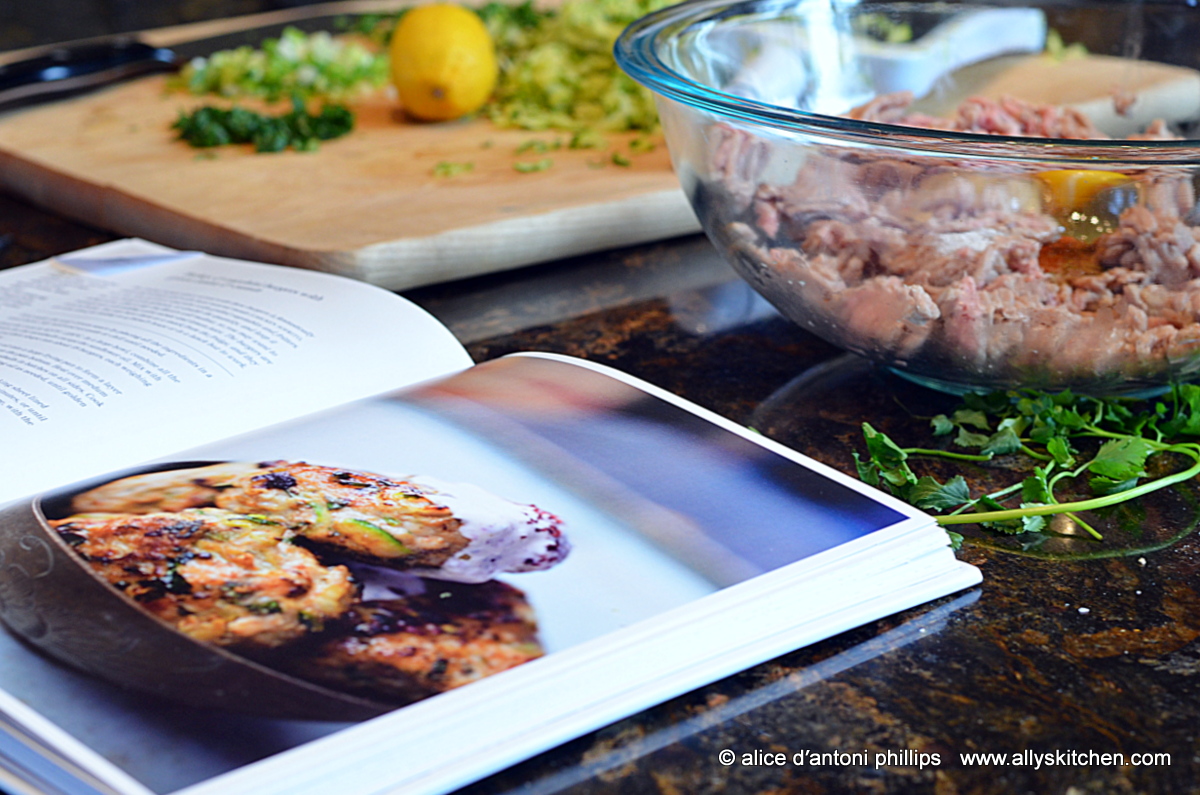 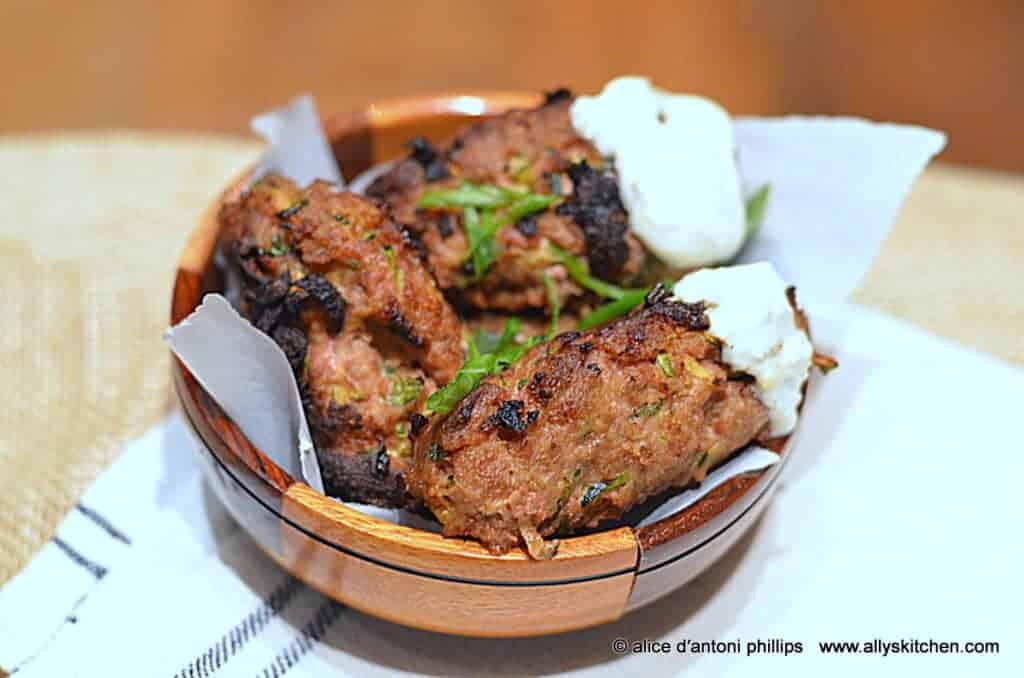