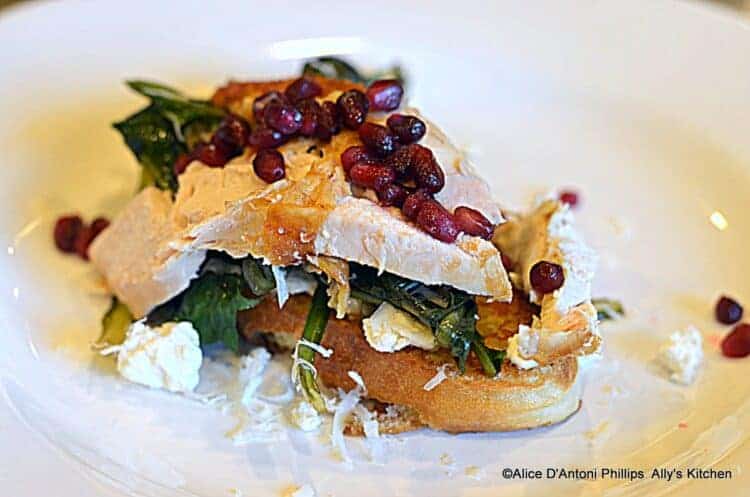 Who doesn’t like free!  I got free dandelion greens, nice succulent fresh tender green ones, while walking with my girlfriend alongside the road a couple of days ago.  Brought those critters home~~we both had a mess full we carried and passing cars must have thought we were strange looking with all these greens pressed against our chests as we walked~~and, pulled out all the pine straw, weeds, and leaves, and began washing them. Like leeks, they were full of grit and dirt, so I did a spa bath 4 times in the big kitchen sink.  Then I bagged them and put them in the refrigerator.

Cooked a mess of them the next day.  Now, these greens are full of healthy good stuff that makes your DNA want to run faster and jump higher.  They’ve got a real earthy taste, kind of bitter, and they can be tough, not unlike other leafy greens like collards.  But prepared the right way, you can transform these rustic peasant greens into something chic and luxurious~~they’re kind of like ramps and quite popular in trendy restaurants! 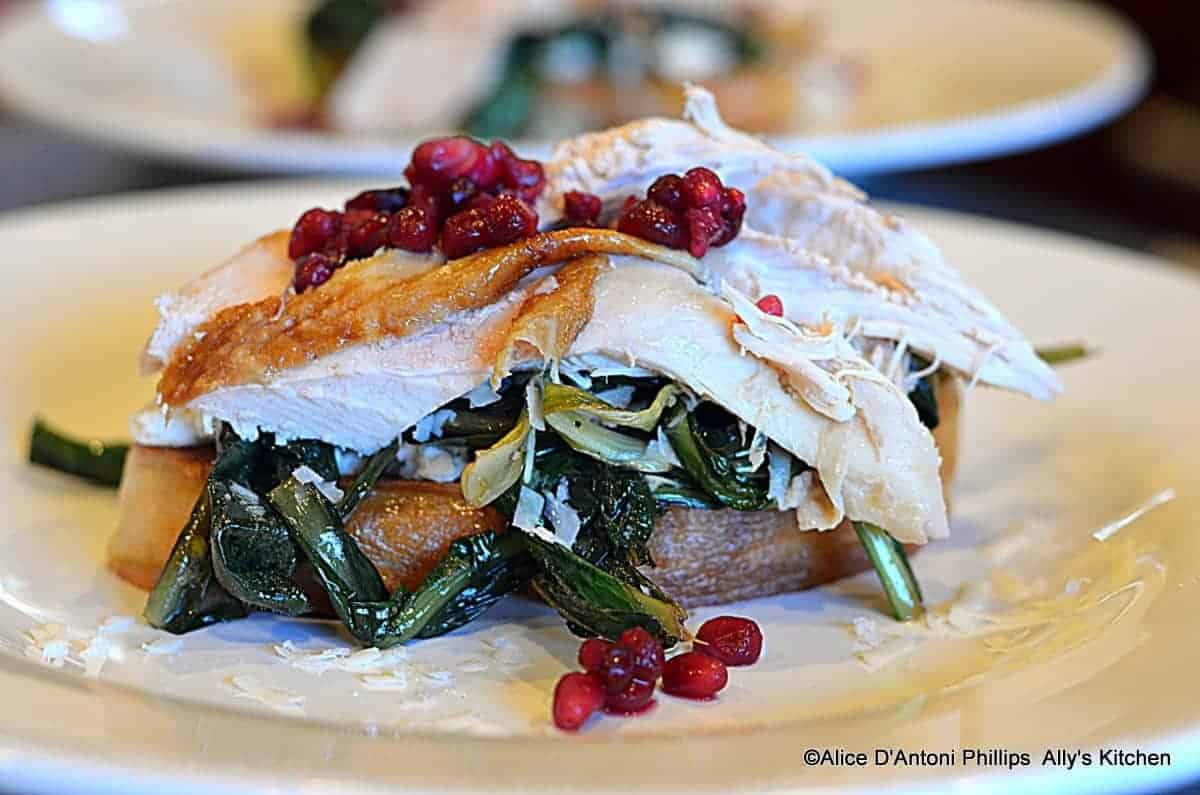 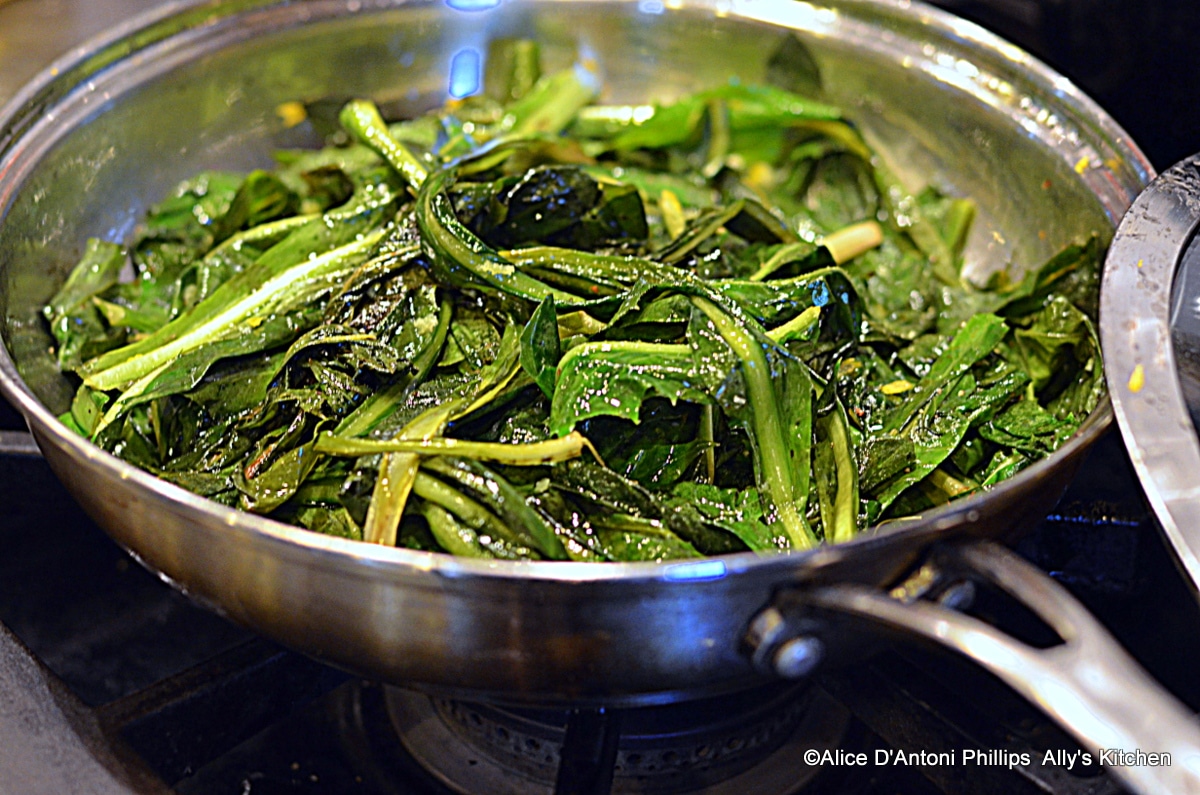 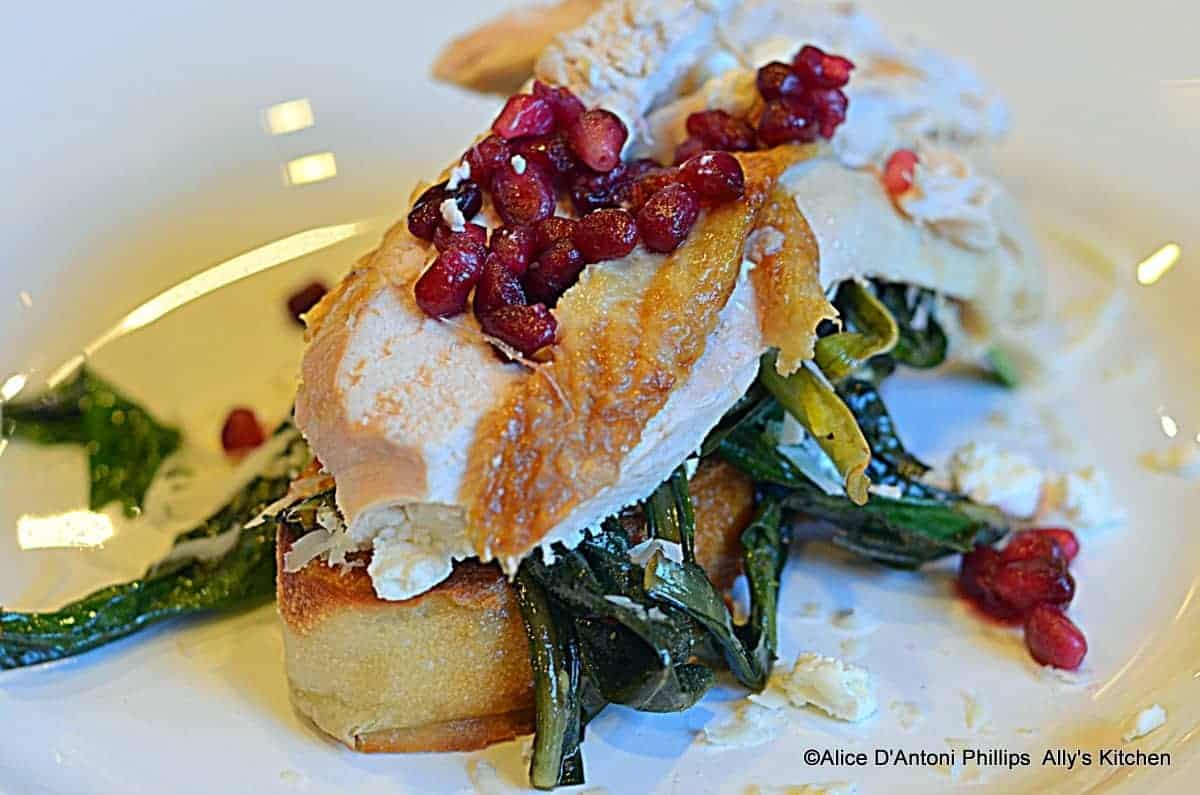