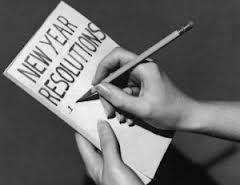 I usually don’t even make New Years’ resolutions because one,  I don’t think they work and, two, I usually work on things in my life as they crop up.  But, this year is different, I’m making a resolution for 2013, and it’s spurred by the fact that sometimes you just get 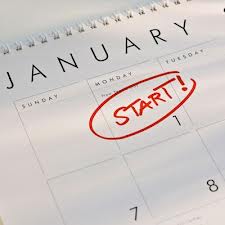 slammed in the face with reality.  Or maybe it’s the fact that I’m in my 3rd chapter of life.  For all you young mothers, listen up because it’s very likely that you, too, will be facing this reality sometime in your child’s future.  It’s really simple. Your kids are not you!  Simple concept, but how do you really know it.

Oh, yeah, for a while you can influence your kids’ likes and dislikes, their personalities, their emotions, their lives, but if you’re parental goal has been to raise independent, self-thinking, responsible, tax-paying, income-producing, emotionally healthy adult children, like most Mamas and Daddies want to do, then your kid, as a 20+ something year old or sooner, will be him or herself.  It happens when they’re officially off your payroll.  And, that has consequences for you.  It means they may not follow in your footsteps, like what you like, carry on traditions exactly like you have established among many other things…they’ll alter traditions to their own liking, decorate their nests the way they like it, create their worlds according to their adult minds~~you catch my drift, right?  And, you know what else that means? 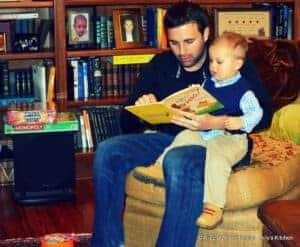 I urge you first to sit down, take a deep breath, stay calm…here’s the reality…ready?  They probably won’t want all the #*%@*#&(@&

that you’ve saved over the years that’s stashed in attics, basements, garages,  in boxes, trunks, plastic bins, and God knows where else!  Maybe some of you have even rented storage units–omg, that could be some serious wasted cash!  They may not want all the doilies, grandma’s treasured cast iron skillet, the family china, your furniture/gadgets/accessories  (unless

So, my New Year’s resolution is to continue to  ‘de-clutter’ and scale down…I started this Christmas with making for my three boys, otherwise known as 30-something men, ‘legacy boxes.’  For months, I spent hours going through crap that was stored everywhere even at my office in an empty room!  Yes, there was everything there from the first grade hand prints, the pencil holder made by the oldest in pre-school, scores of Olan Mills’ school 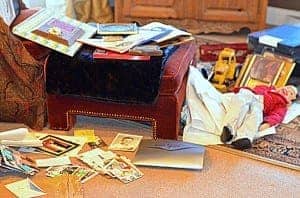 photos from every grade, yearbooks, yes, starting in elementary school to boxes of old Legos, Tonka trucks (I mean these are keepsakes!), baby blankets (yes, the ones I delightfully and dutifully made  from fabric scraps).  I knew I had to be selective because my boys don’t place the same value on this type of ‘sentimentality’ that I do.  That doesn’t make them ‘bad’ and me ‘good’…it just means they are themselves, and they ‘store’ their sentimentality differently from mine~~my kids are not me! So, everything I touched, I asked myself, “Would {Matthew…Andrew…Nicholas} want this?” I was sweatin’ bullets…my soft side would say, ‘Oh, Ally, yes, look how adorable, remember when blah blah blah…’  Then my hard core voice would laugh and say, ‘Are you nuts?  I mean if you’re gonna not get rid of this then build ’em each a freakin conditioned shed cuz they ain’t gonna clutter their houses!’  That was the jolt I needed.  My strategy was simple. If there was even a thread of doubt, I trashed it.  Everything I put in those boxes had to have a resounding YES. 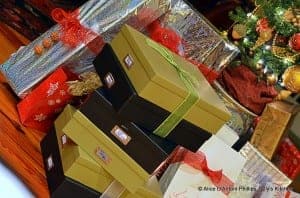 I must say that when each opened their legacy boxes on Christmas morning, everything inside well organized, labeled, cataloged and identified…that’s important because it means it’s no longer ‘junk’, there was a sense of awe.  Each box was different because while all three grew up with the same Mom in the same house, each experienced their lives from their own lenses, their own emotions, and their own experiences. There was utter quietness as they unwrapped, opened, and leafed through their ‘treasures’~~things that defined who they are, from whence they have come, the roads that each had traveled in their 30-something years.  Yes, there was a seriousness that covered each son’s face, a grin, a smile and there were even trickles of small tears.

Despite the seeming success and appreciation of the ‘legacy boxes’ I’m not going to push my luck! I know my boys don’t want all the things that I’ve saved for them, their children, their adult lives.  Nor do they particularly want to be the keeper of the ‘stuff’ that has defined me, my life, our home.  So, that leads me to making a 2013 resolution…I’m getting rid of more stuff, little by little, de-cluttering, simplifying, scaling back my life starting with some big ticket items here in the house. 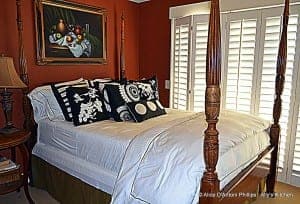 I’m going to sell some of the furniture in the house that’s big and bulky and that we don’t need anymore (the ‘sentimental’ stuff from my other life…one must move on)…the highboy in our bedroom, the antique oak chest of drawers,  the the glass display/china cabinet that held my extensive doll collection (which I’m now giving away, too, to special little girls), the big, albeit beautiful,  TV cabinet/armoire (the old fashioned ones that hid those dinosaur TVs of pre-flat screen era) that’s now become a storage

depository for office supplies.  I’m also considering the rice bed, yes, the four-poster old Southern rice bed.  We no longer need two queen beds in one room, so get rid of one!  Then sometime in 2013 I’m gonna start on doo-dads, china, accessories, vases, lamps, books, pots, pans, silverware~~I mean you only need one of each, and with multiples, I’ve got major clutter.

My boys, like many 30-something singles, couples and young families, live in the world of  Pottery Barn, IKEA and World Market.  They want streamline lives.  Many simply don’t want their parents’ ‘stuff’ if they have the choice of their own, and, of course, when paying with their own green they make the decisions as it should be.  Yes, we have grandkids who are in 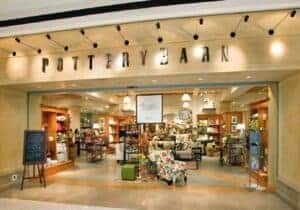 college, but why save for them…they have parents, our children, who are going to be doing the same thing I’m doing now with them sometime in the not so distant future.

I have huge rays of hope~~thank goodness for Craig’s List and eBay~~and, of course, Salvation Army and GoodWill.  Another ray of hope is that maybe somewhere there are adult kids who are clamoring to have all their parents’ stuff!  (Wishful thinking??)  A big ol’ atta boy, you’ll be saving ol’ Mom and Dad a lotta work!  Regardless, the moral to the story is that somewhere in perpetuity someone else will be using these things/this stuff and probably saving it for another generation they think will want it…the cycle of life and our lives continue through not only our DNA, but our stuff.

FootNote~~Here’s what an adult child, Tonya, shared with me about this post after reading it…it hit home for her!

Hi there! Just read your latest post (another one beautifully written) and can totally relate. Our mother is constantly giving us childhood “stuff” that she finds and wants to get rid of, but can’t bring herself to toss it. And when we do get it, there’s a lot of laughing, remembering and some tear shedding…but then comes that moment when we’re thinking, “So, what do we do with all this stuff now?”.

I came up with the perfect solution several months ago. Anything paper related I scan, and any “objects” I take pictures of. Now I have special folders on my computer named “Childhood Items” and “College Years”. Doesn’t take up any room and I can always pull up the folder quickly and look through everything if I want to travel back in time  The only objects I do have on display are my Grandmother’s old cameras, which only take up a small amount of shelf space. For furniture, the only thing I have is my Grandmother’s old school sewing machine (it’s turquoise!). It’s set in something that looks like a tall end table, so I just use it in my guest room as a night stand. If I ever get the desire to sew, I can just flip up the top and pull up the machine and it’s ready to go!

Patrick M. responds…A post of much wisdom Tonya. Life should be a process of gradual casting off…until the final great letting go of life itself. Everything and everyone are lent to us. That’ s the reality which we in the west deny. Eastern cultures are much more realistic about this.