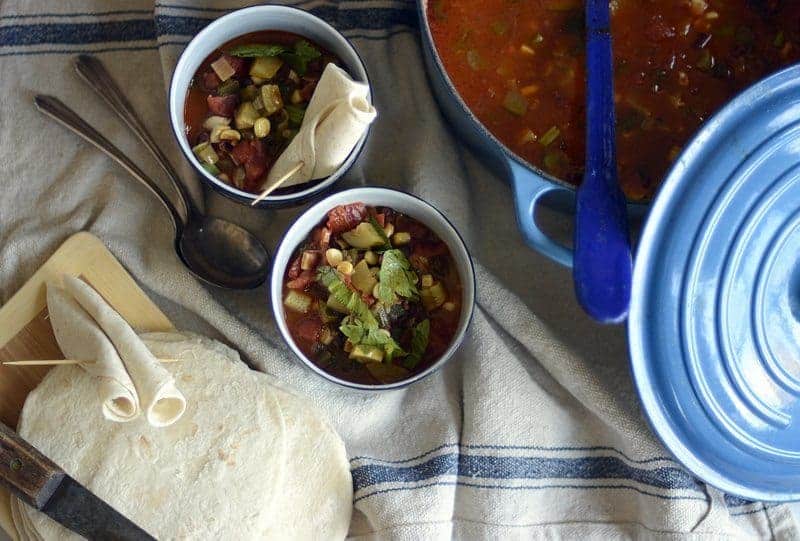 A good rich soup is a meal for us. Making soups with depths of flavor in a short amount of time can be challenging. But, this taco veggie soup defies all odds, and in no time at all you have a fabulous soup that, yes, gets better and better on days two and three. So, think about making it ahead of time, refrigerating, then taking out when it’s all ‘aged’ and more delicious. Kind of like fine wines!

This soup is meatless, and to add some ‘meat’ flavor, I used bacon drippings as my oil (hey, if you don’t want to do that, try a mixture of butter and olive oil for good flavors). Another idea would be to use a beef shank bone or fry up some chorizo if you prefer. Another ingredient that kind of takes the place of meat is the addition of two kinds of beans for protein. If you want to add a third can, honestly, this broth can take it.

I’ve always emphasized that food tells history and history is food. Such is the case with soups which have been around since cooking probably started. Soups go by other names. Think stew, pottage, porridge, gruel. Soups are the ‘forgiving’ foods. You really can’t mess them up and even if you do mess them up, they’re more ‘fixable’ than say a souffle or cheesecake! Soups usually are considered starters for meals, while the heartier stew takes on the heavy weight of the entree, but I contend that soup can be the entree and the heavy hitter filling you up as well as anything. I assure you that with a side salad or bowl of coleslaw and some kind of bread, be it cornbread, soft tortillas, crusty hot bread, even crackers, this taco veggie soup will rival any meal! 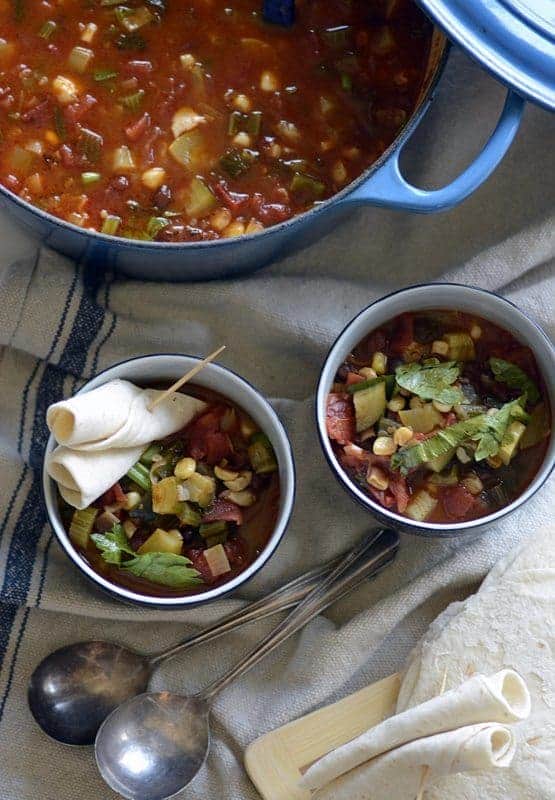 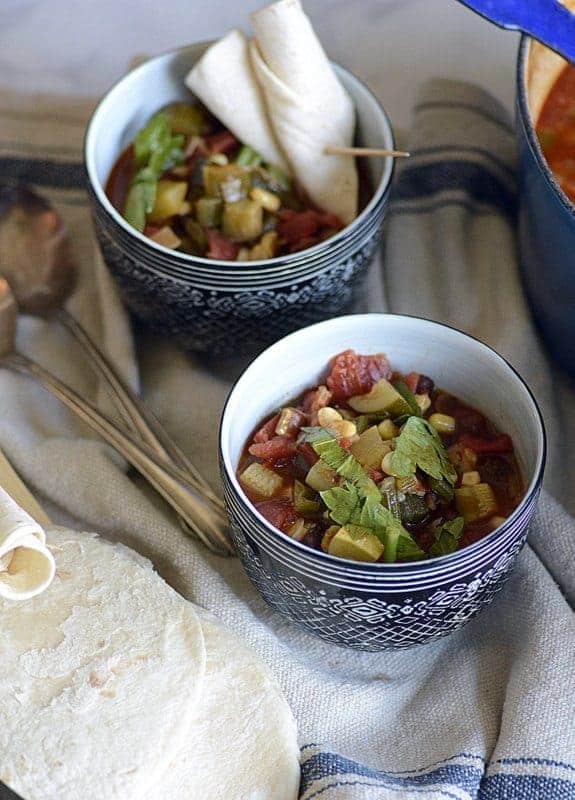 Serve with soft flour tacos rolled into cigars and sliced diagonally in half.