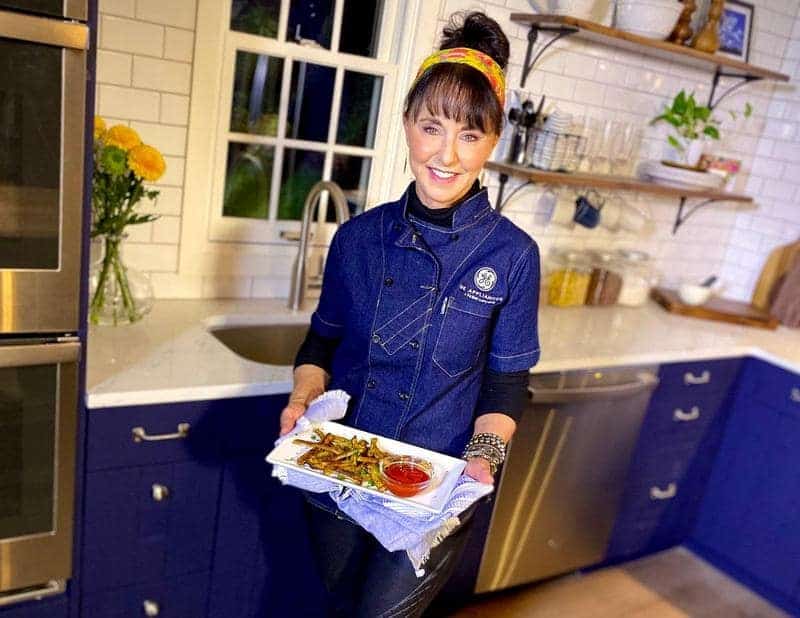 This satellite media tour post is a #partnership with GE Appliances. All of the opinions and what you’ll read are totally my own.

Satellite Media Tour, yep, my very first one ever! And, it was as the #greatamericangrandma and GE Appliances. I was talking about and demo’ing the new Star Wars technology of the wall ovens that have a built in air fryer! Yes, genius because that’s one less gnarly appliance that clutters your kitchen counters!

Now this wall oven is not your ‘Grandma’s’ wall oven! It’s got so many capabilities from convection to proofing, warming and more. If you’re thinking about replacing your current wall ovens, be sure to check these out. Typically, retrofitting isn’t a problem.

Since it was #nationalgreasyfoods day on this particular day of the SMT, I was showing folks around the country how to have their crunch and crisp, too, without all the guilt of deep frying or grease! Yes, it can be done in this oven with just the swipe of your finger. It’s no more difficult to operate than your cell phone.

So, back to the SMT!

I had no idea what to expect. But, I had this crazy great team of people all around me from camera crew, producer, director to GE folks who were wiping the counter island clean in between stations that I’d be talking to, hair and makeup and bringing fresh wings for me to demo on television! I’m so used to being a one-man show in my Ally’s Kitchen universe at my home, and this took some getting used to knowing I didn’t have to clean the dishes, grab more wings, make sure the oven was off for the next interview and powder my own nose!

What made this SMT challenging was that it was twenty-six stations, back to back, for almost four hours. Yeah, talk about keeping up the perky factor and smiling and getting excited. But, in reality, it wasn’t a problem because every new voice was a new friend! Another challenge? I had this littl’ ear bud in my right ear, which meant I could hear them in a quick delayed (that sounds impossible, huh–‘quick’ and ‘delayed’) fashion. I couldn’t see who I was talking to, but they could see me loud and clear!

Being a Grandma is the Best

One of my most fave interviews was with Candie Anderson! What a great person. I felt like I’d known her for years and years. To me, this is an art and talent to have the ability to make someone you’ve never met feel comfortable and relaxed, plus on top of that, you’re doing it via cyberspace! Candie is one of those people. And, if you’ve not seen her website, well, for me, it was like falling down a rabbit hole. I couldn’t stop clicking and checking out all the fun informative and relevant content.

So, I started at about 8am in the morning, and by about 1 pm, we said, ‘that’s a wrap!’ Here’re just a few of the station interviews (including Candie’s!). I didn’t want to wear you out with 26 video links. And, hey, what they say about TV and adding an extra ten pounds looks right to me. I mean I think I’m looking at my chipmunk cheeks!   xoxo ~ally

PS: The day before I also was full tilt busy filming holiday recipes! Wait til those videos are made live by GE Appliances. Some good stuff coming! In the meantime, I’ll be sharing some of the pictures with you of recipes I cooked in the wall oven, beef tenderloin, squash bowls, roasted brussels spouts and a holiday cake! 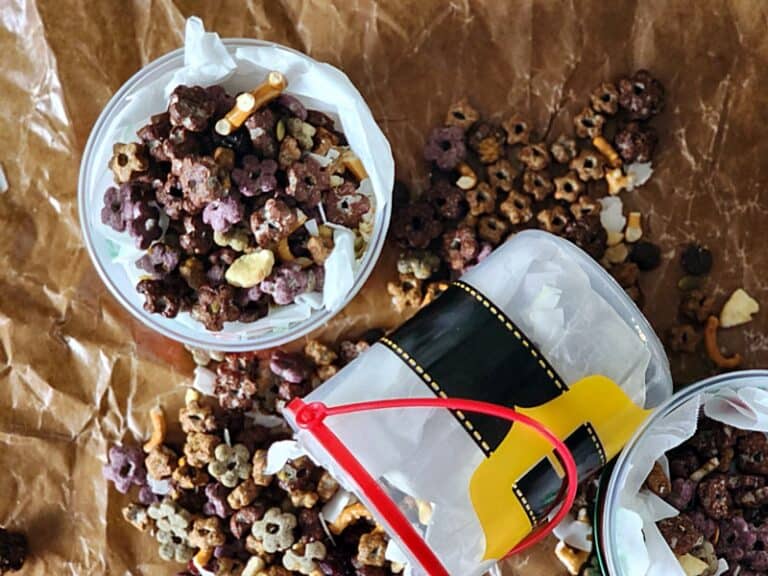 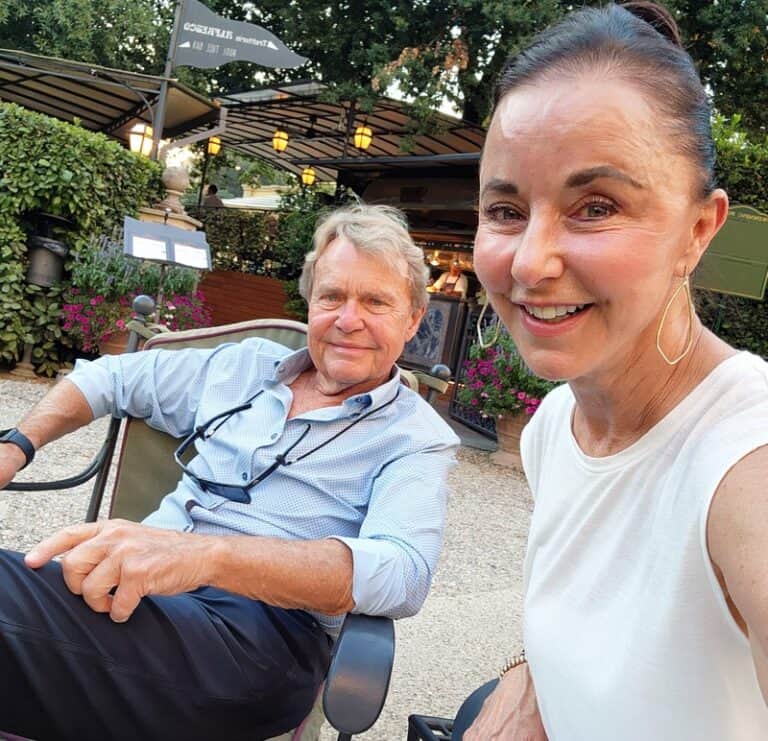 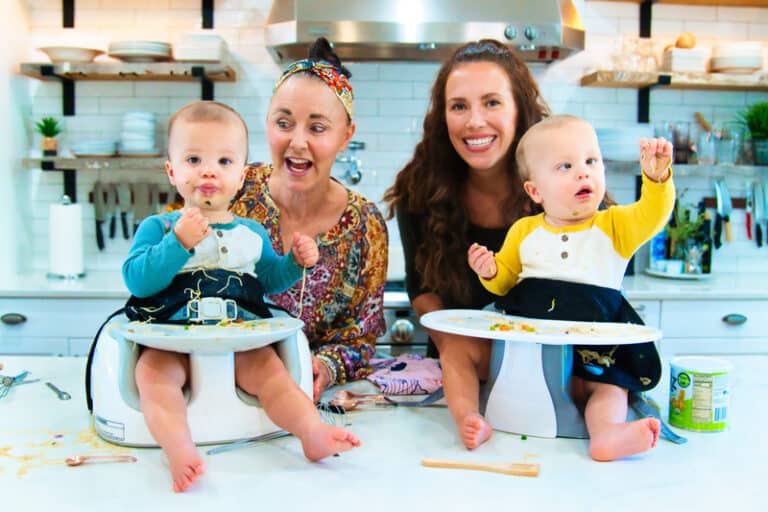 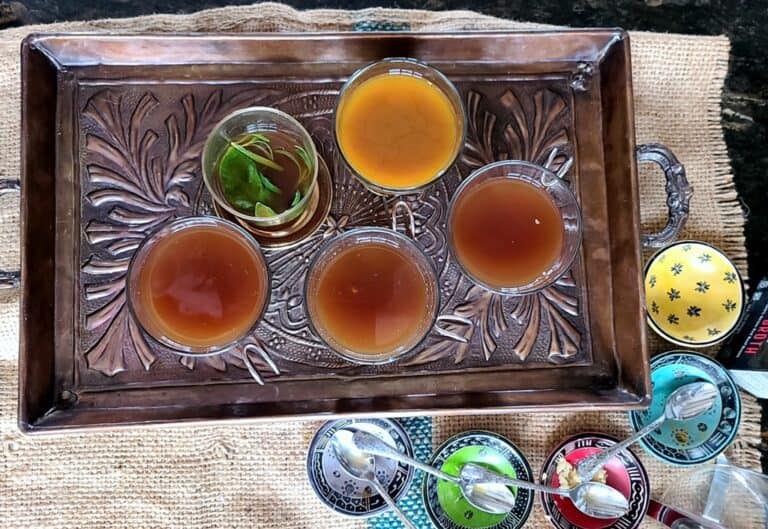 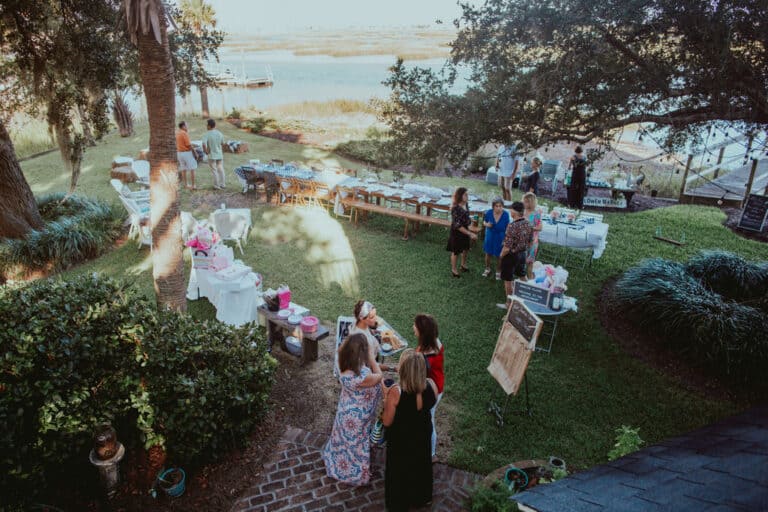