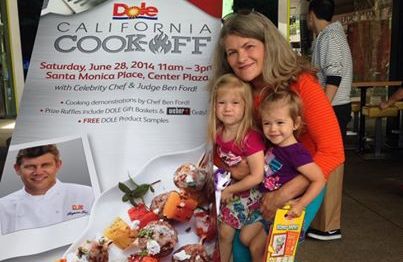 What’s the saying—how you see something depends upon from where you’re looking—that vantage point, that perspective. Well, that’s exactly what this year’s cookoff was for me in 2014 versus 2013. In 2013, I had no idea what to expect when I walked into the Dole arena that Saturday morning, heart thumping, hands clammy, gut rumbling, 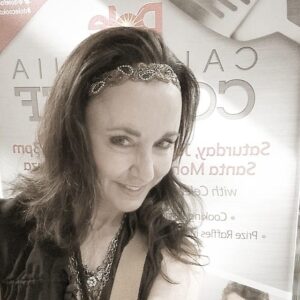 readying myself to compete for the prize purse of $25,000. Yep, I knew my recipe—I knew it was wicked good—I had prepared it multiple times and had my timing down to the nano second! But, beyond that, every corner’s turn as I competed was unexpected—the range of emotions and the myriad of steps equally as surprising. Yes, there’s a payoff in that because your expectations are not firmly planted, and you’re floating through the day literally living in the moment—a good thing!

Zoom zoom zoom to 2014 and my role in the Dole California CookOff was vastly different. Unbeknownst to me as I left the World Food Championships 2013 competition where Dole sponsored me and provided a team of folks to support me did I even imagine that I would be offered a new role with Dole—to be their first-ever Social Media Ambassador. So much of my hard work, dedication, spending hours of time in social media every day, and sharing food and my passion for life with others helped lead to this—my joire de vivre for life, my bursting happiness factor, and my love of performing was coming together cosmically into another life! That’s the thrill of competitive cooking—a sport like but unlike others—it opens new venues and opportunities beyond the contests!

When I walked into the 2014 Dole arena on Saturday morning June 28, I knew what I would be doing. Dole executives and their P.R. agencies had asked me to be the 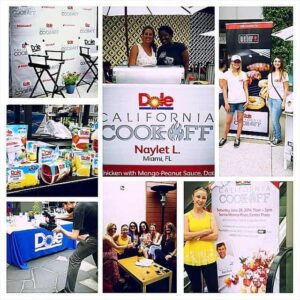 Mistress of Ceremonies—talk about a huge giguuuunnnda leap of faith! Here I am, yes, their 2013 winner, but, nonetheless, a home cook and they’re putting in my hands literally the running of this massive event that’s been in the planning for a year and one that’s
had a good chunk of money invested for pulling off! Oh, yes, I had again ‘won’—this time though it was for something I had not really planned nor for which I’d prepared—well, other than my meanderings for the past decades in life—I was ultra-flattered with their confidence in me. And, I was carrying on my shoulders a daunting responsibility—my entire goal was to do GOOD for these good folks of Dole Packaged Foods who’re doing so much good for families and kitchen tables around the world!

First and foremost, my role as the emcee was masterfully orchestrated by Finn Agency—the team of folks there had me covered down to my potty breaks! However, their messaging to me, as was from the Dole folks, was for Ally to be Ally—yes, in a sense I had permission to ‘go rogue’—to inject my personality, my emotions, my experiences into four hours of being on stage with celebrity Chef Ben Ford, acclaimed mixologist Jordan Catapano, the Dole sous chefs and the esteemed panel of judges. Then I had free reign to mingle among the onlookers, the audience, many of whom stayed the full time, and have them share their opinions with the thousands of other folks who were sampling the free-flowing samples of Dole Packaged 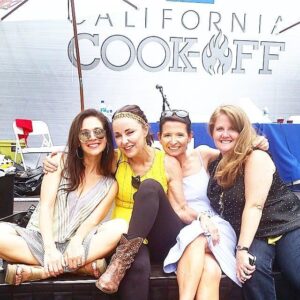 Foods products. And, of course, having so many of my foodie peeps there was a boholicious treat—great cooks who all follow this crazy universe of competitive cooking—Beth, Christie, Sara, Michaela, Mary, Merry, Rosemary, Jennifer, Adam who couldn’t be there but who sent his handsome son in his place, and Mila. They came to show love and support for me, our competitors and to experience the magical dolicious moments of the cookoff!

But, the most electrifying privilege was, no doubt, getting to intimately involve myself with the competitors and their sous chefs as they doggedly worked in the heat of the day on the scorching grills. As I looked into each of their eyes, I knew exactly what was happening deep within their minds and spirits—tsunamis of emotions—and, their eyes evoked those same emotions from me, and, yep, tears welled up, because I had walked in their shoes. In looking out from my window seat right now 35 thousand feet in the air, I actually think both roles—competitor and emcee—are equally inviting and challenging—each has its own highs and lows. Bottom line though is that both have a lot riding one single factor—performance. You gotta have your game face on and be spot on—and, the forces must be with you. In the end, I’ve had one heckuva magic carpet ride—this is the world of competitive cooking at its best!

This blog post & video is sponsored by Dole Packaged Foods~~all of the opinions are mine. For a full disclosure just CLICK HERE~~ 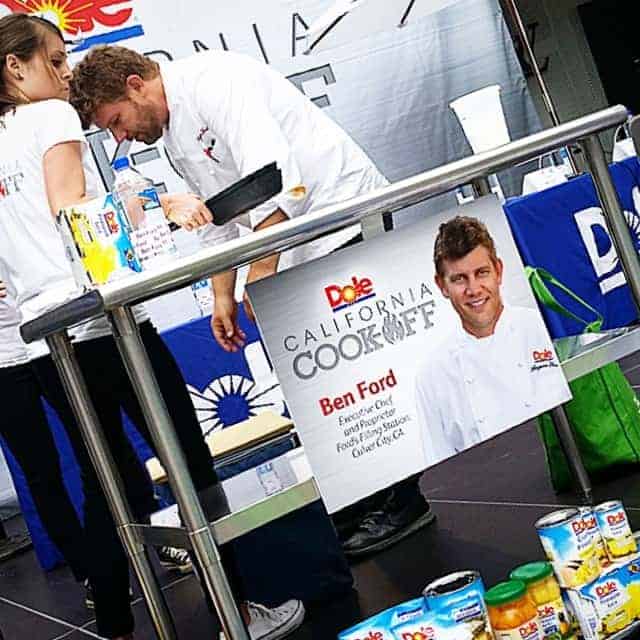 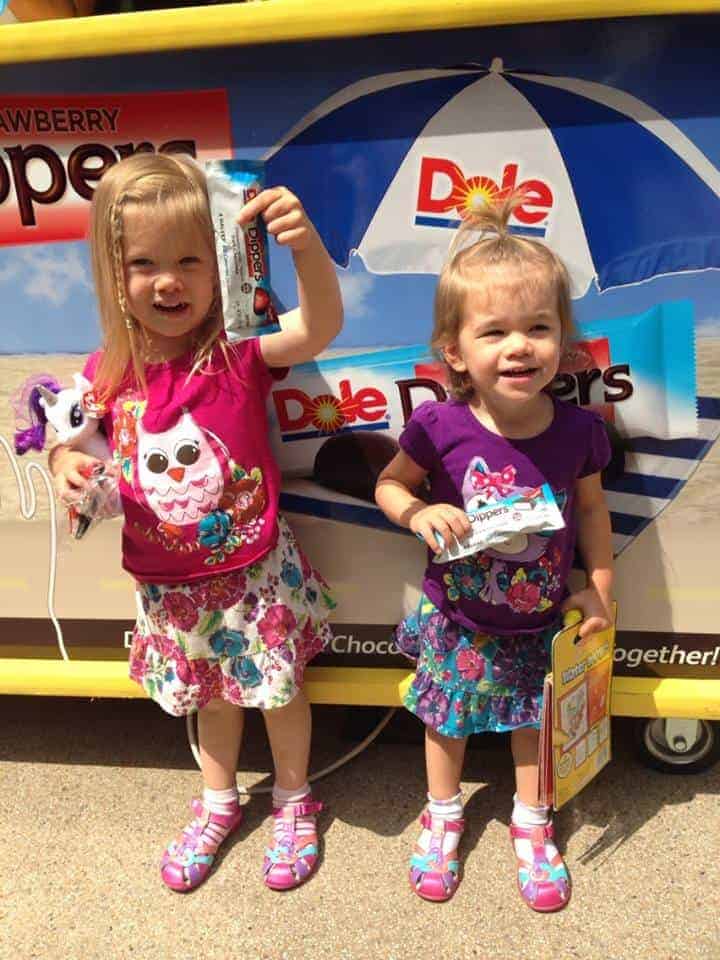 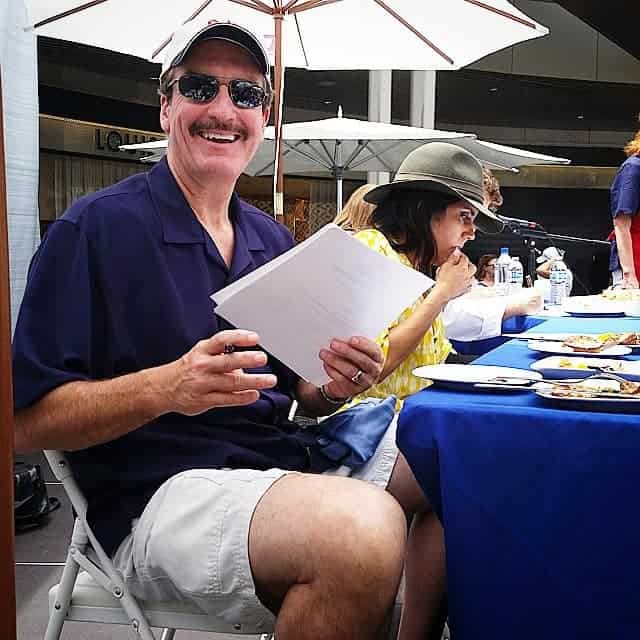 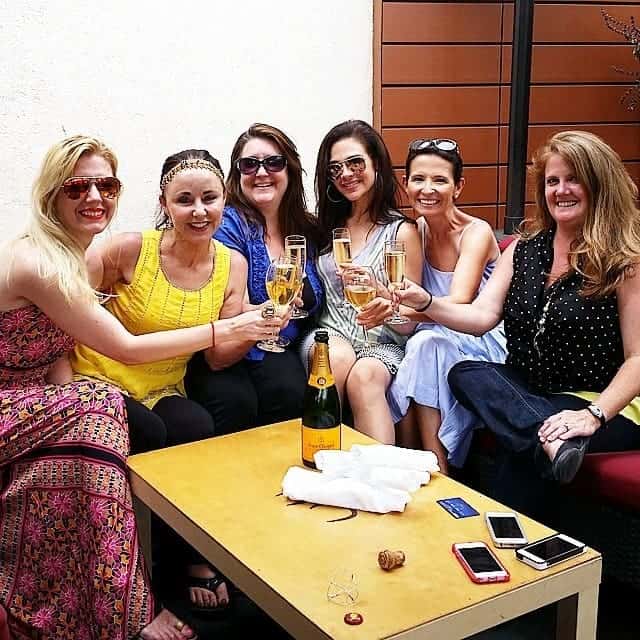 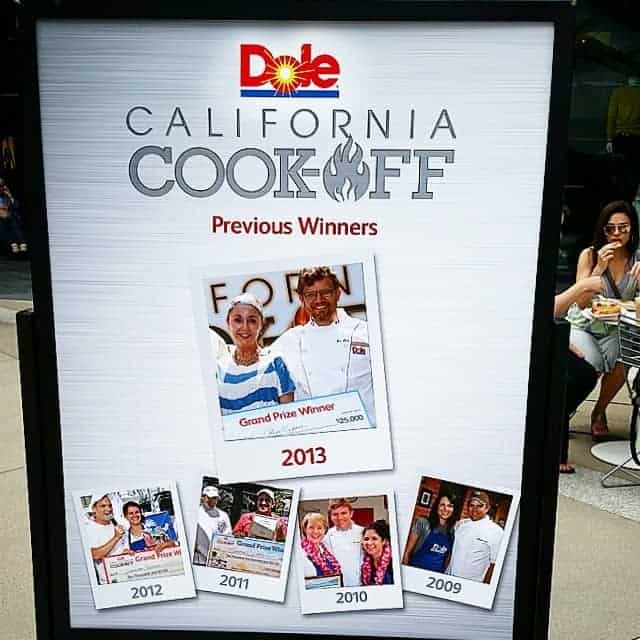 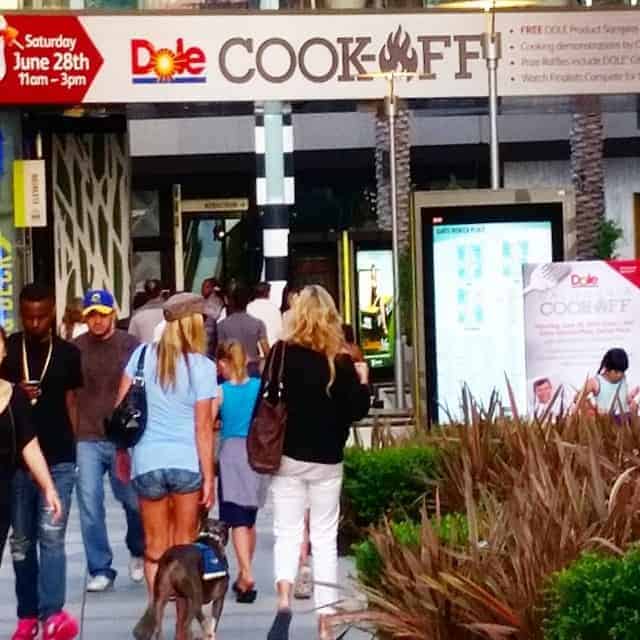 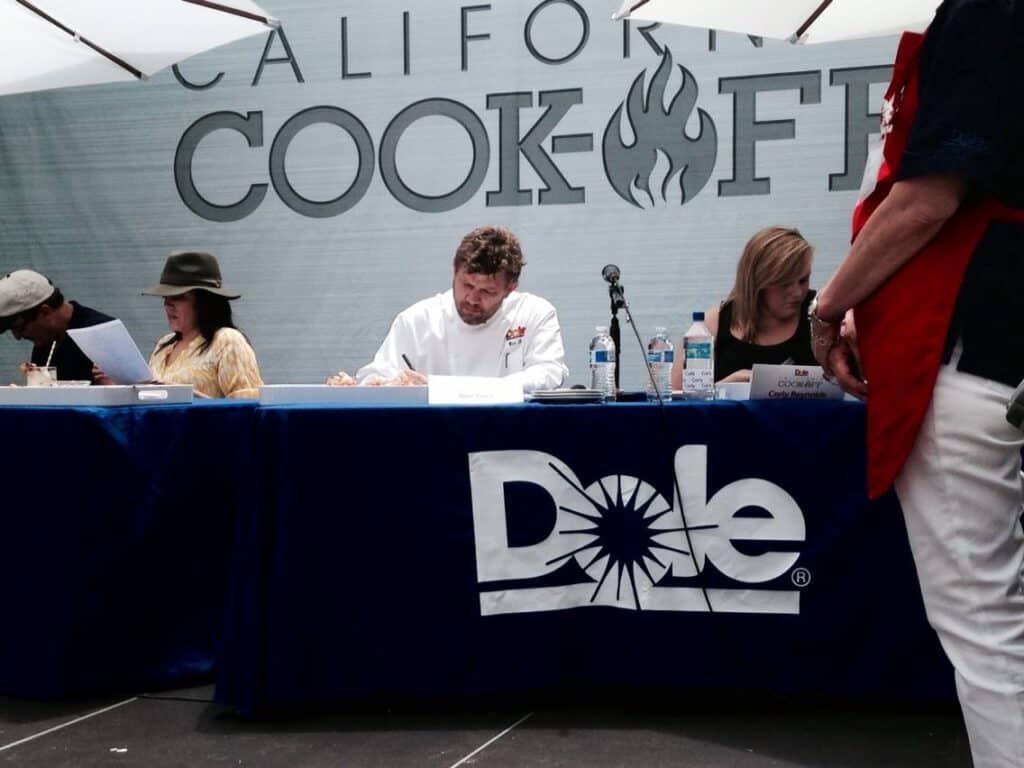 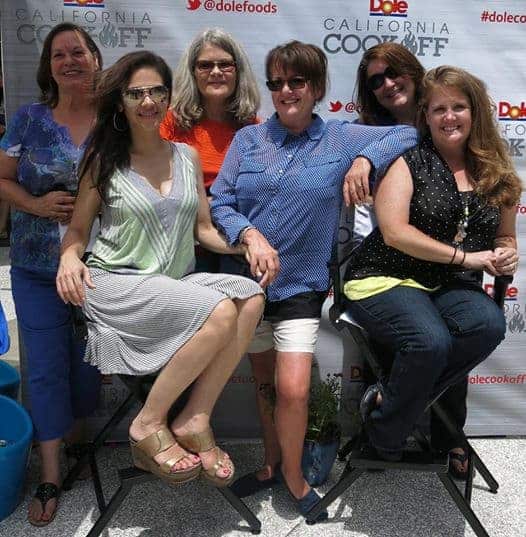