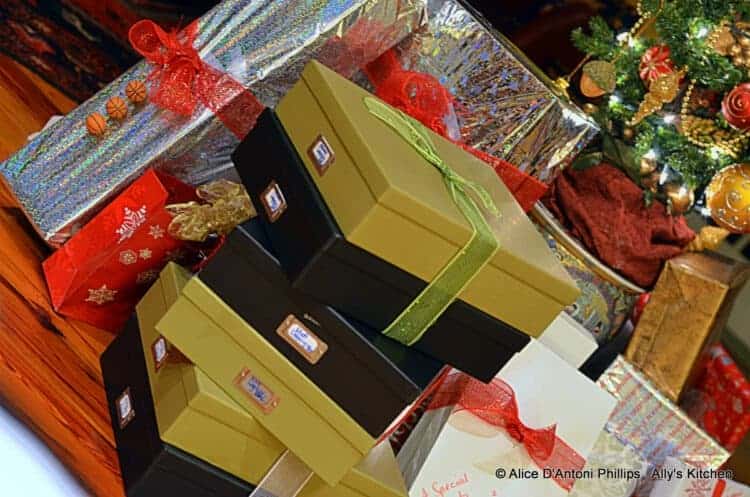 What’s it really mean to be downsizing your home? Does that mean you find a home that’s less square footage? A home that’s all on one level? A tiny home? Downsizing has so many different connotations. For those entering their 50s, 60s and beyond, sometimes downsizing sometimes means, among other things, getting rid of all the children ‘stuff’ you’ve collected over the years. And, I know if you’re reading this post and have children, you know what I’m talking about! 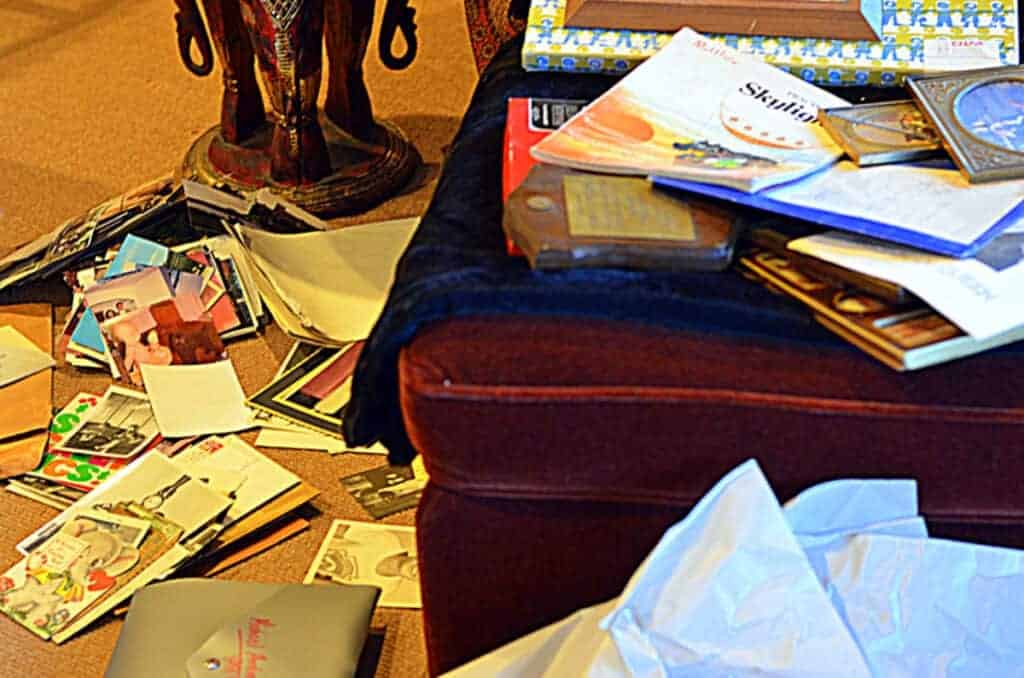 Taking the Plunge to Get Rid of Stuff

If you’ve raised kids and you’re now an empty nester or you and your partner/spouse are empty nesters, you know the arduous task of trying to get rid of everything you’ve tucked away over the decades. Things you saved ‘hoping’ that your kids would want and maybe appreciate when they start the ‘adulting’ years. Yeah, I’m talking about those things you’ve stashed away of the kiddos, science projects, artwork, sporting events, trophies, baseball mitts, toys, stuffed animals, pictures. OMG, the list can go on and on and on.

But, do the kids, no “new adults” your birthed, reeeeeallly want all this ‘stuff’. Sadly, I think not. Today’s Millennials and GenXers are so very different in the way they approach life, living, nostalgia, home, and more than we Baby Boomers are. I mean I relished all this ‘old’ stuff. I wanted what Mom had cherished and loved. And, I kept it in my house. But, alas, not the case with a lot of young families today. They want new. They want to establish their own styles, traditions and make their own memories. Hey, and that’s all good. Because that’s how you raised those kids, right? To be independent thinkers and doers.

The Idea of Legacy Boxes

So, here’s something that I did one Christmas holiday. I created ‘Legacy Boxes’ for each of my boys and their spouses. This project started months in advance. It wasn’t a quick fix! I was schlepping through enough ‘stuff’ to sink a submarine! Decisions had to made. Tough decisions. What to keep. What to toss. And, most importantly, what would go into these Legacy Boxes. I decided it would be only the MOST treasured prized items and legal documents like original birth certificates and more. Things that I knew they and their sweet wives would preserve, save, use and carry on in their new homes. 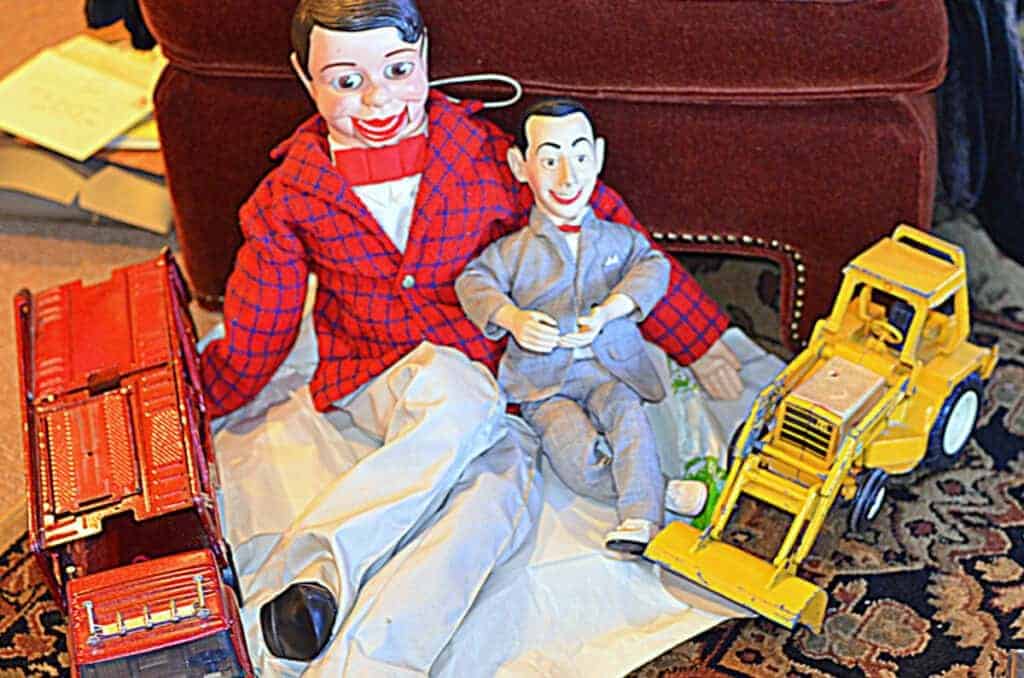 Of course, my motive in spending hours hours and hours doing this was to downsize and get rid of all this clutter in my attic, closets, and other places that I had these things stashed for ‘sometime’ in the future. I spent so much time going through boxes, envelopes, foot lockers and more. I knew very well that they did not want all their artwork, old report cards, certificates of achievement, sports trophies and other things that defined them as children. I asked them. They said, no. They didn’t want old toys. They didn’t want the Little League trophies of participation or that MVP trophy from middle school basketball. They didn’t want every birthday card, the melted old candles from their first birthday cake or other birthdays.

No, I have no idea why I saved that stuff. Millennials and GenXers have it right. Get rid of it! Yes, they are the Age of the Minimalist! And, for sure, I did just that, learning how to be somewhat of a ‘minimalist’. Believe me, it killlllledd me to throw out those cute little thingees. It wasn’t them holding on to the past. It was me. And, I had to get over it. Move on. And, realize that all this ‘stuff’ only complicates life. It was liberating after the initial shock of throwing things out. As my yoga instructors say, ‘attachment is the root of all suffering’. And, that means holding on to the past, holding on to stuff, and taking the leap to let go. 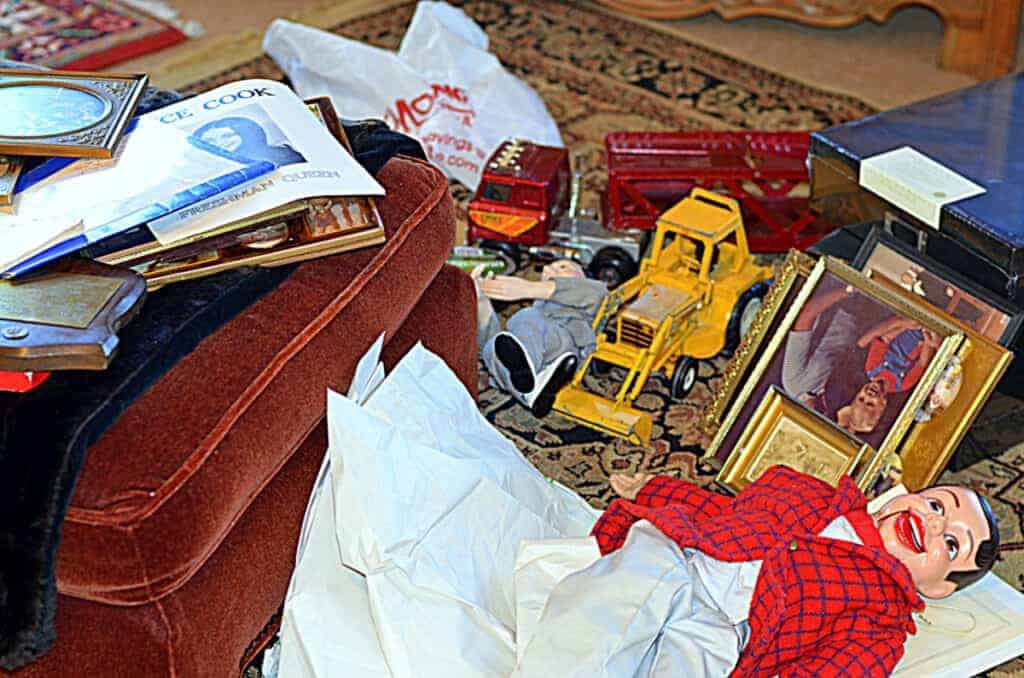 The Birth of the Legacy Boxes

So on this particular Christmas under the Charlie Brown littl’ tree, were three stacks of boxes. Not large boxes. Nice looking boxes that I got at the local craft store. Hey, I knew it would be important to have everything organized into a tight packaged and kind of attractive. Yeah, young adults today want that Chip and Joanna Gaines ‘look’. Plus, they could take the boxes and store in their own homes. All labeled and organized. Best part? I had the thrill of downsizing and decluttering our home.

Inside these boxes were only small things. Important papers, documents and things that I knew they’d someday maybe need or want. Special mementos that actually had value like the 1930s small charm gold basketball of my Uncle’s. His wife had given it to my young son, his namesake, after his death. Each of their birth year first Christmas Hallmark ornaments. Really important baseball and basketball cards were saved. Gone was the retro Howdy Doody. Gone were the M n’ M Men Collector Toys. Gone were school notebooks, report cards, papers and lots of birthday cards. Each of my three boys had their growing up ‘lives’ neatly packed in two boxes. That’s it. It came down to only the nitty gritty. Anything more and the entire project would have backfired on me.

It’s been a few years since I completed this Legacy Box project. And, I must say, nothing that was tossed out has been missed. No one’s asked for it. Life has carried on without any hiccups or bumps in the road. I mean we’re not the ‘royals’ where every letter, card, written document, and more things are saved for posterity and history.

One of the biggest lessons for young parents is that our children are not us. They are free-spirited growing thriving individuals who will have their own preferences and make beautiful memories for their families. Maybe they’ll incorporate some remnants of their past. I’d like that. But, if not, all’s good because our house is superbly decluttered. STUFF if gone. And, those chapters of life, raising kids, working and spinning so many plates in life, while fun and fulfilling were arduous and tiring. The future looks bright without all the clutter! xoxo ~ally 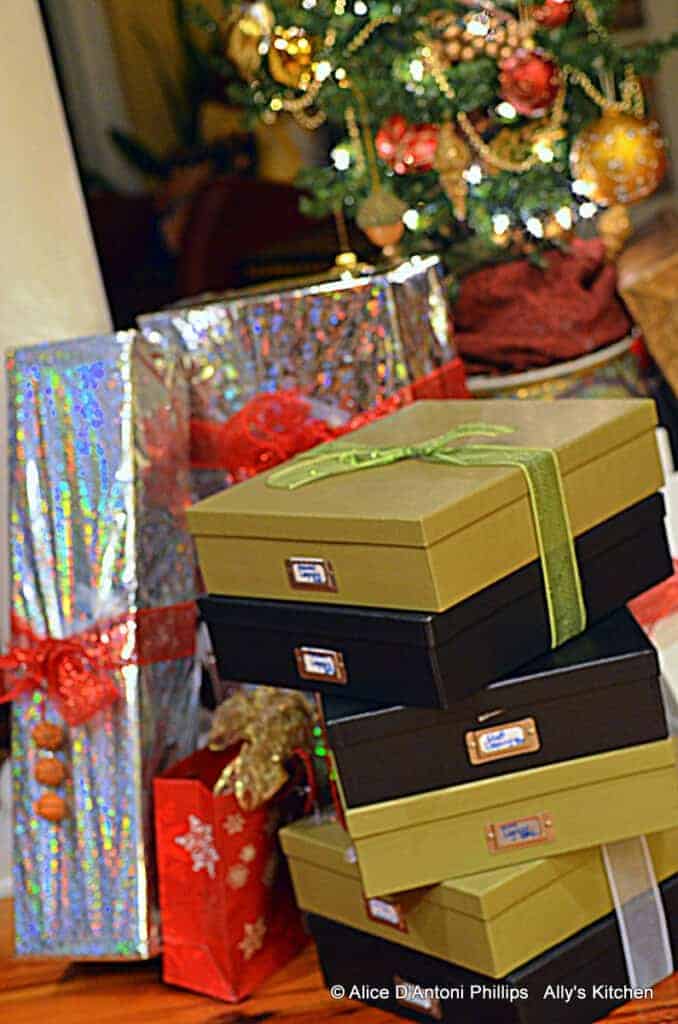