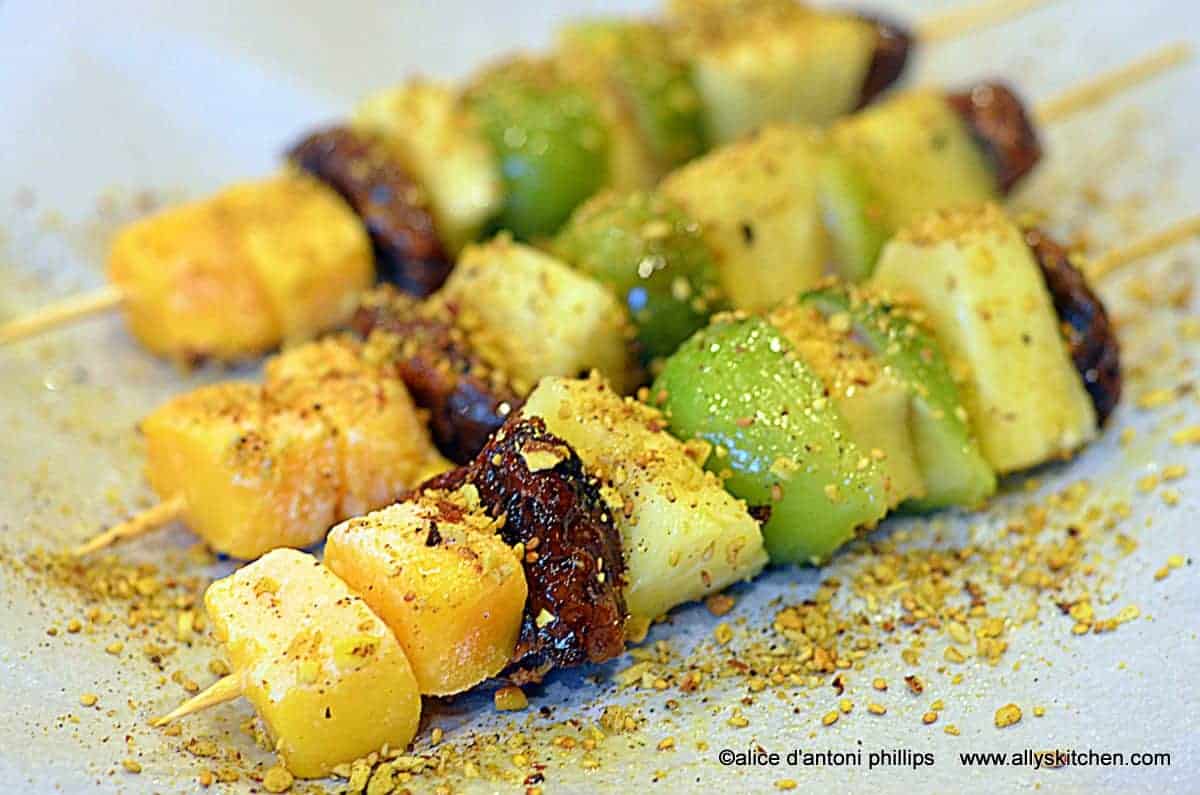 Entering any cooking competition is a labor of intense preparation, work and detailing.  You’re crossing your ‘Ts’ and dotting your ‘Is’ repeatedly before you hit that ‘submit’ button! Since the Dole California Cook-Off has such high stakes, the winning recipe earning that person $25,000, it’s imperative that you go into it with a serious joie de vivre!

Alcohol and wine are used in cooking all over the world.  Dole understands this and allows inclusion of it in a recipe.  It counts as an ingredient, so make sure you choose wisely and you achieve the flavor profile you’re creating as a result of it!  Unless you’re making a ‘drink’ recipe, you can’t take some of your ingredients and also make a cocktail to serve to the judges—yes, they’d probably like it, but it’s not ‘the’ recipe!

One of the really great things about the Dole Cook-Off is that you can enter multiple recipes—under the same email address—but, just wait 24 hours between each submission.  This is very generous because if you’re like me, you get obsessed with creating recipe ideas and to have to just choose one to submit can stifle your creativity! When I was working on my entries in 2013, I entered four recipes—actually, had 9 but decided to focus on and refine just the top 4 after getting results from my taste-testers.

I’m so glad I took this approach because when these three  taste-testers {yes, I have a throng of folks who taste for me} came to my kitchen for a 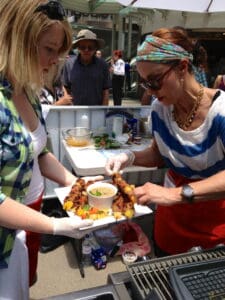 testing, they tried the harissa veal fruit meatball kabobs—after finishing them, hot off the grill, all three said unequivocally that THIS was a winner!  And, they were right!

Use the Right Products

The hard part of creating a winning recipe is choosing your ingredients wisely—remember the flavor, vet the food, and know the Dole products and what works with what.

In capturing the essence of a winning recipe, you’re allowed only the use of no more than ten (10) additional ingredients plus at least one DOLE product.  Now if you use a second Dole product, then that counts in your ten.  There are ‘freebies’—salt, pepper, water, oil or butter used for cooking, and cooking spray.  So, if you’re deep frying a turkey on the grill in peanut oil, then the turkey counts, but the oil doesn’t!

I’ve gotten several questions from competitors asking what are ‘small plates’—well, it’s precisely that—not a full serving, just a taste—think appetizer plate 3-4” size or a small bowl.  Now how you food style and plate your entry is quite important.  You want it to have the pizazz and appeal even

though it’s just a small plate.

Since my winning recipe was offered on skewers, my judges’ portions were all plated on one platter (provided by Dole), and they looked beautiful as the judges passed the plate and took a serving for tasting.  Other contestants used individual serving pieces, so as you’re considering your recipe, think long and hard about how it’s going to look once you take it to the judges’ platform!


The Dole folks are quite clear about how entries are judged.  As they sift through thousands of recipes and use a couple of rounds of judging.  First, it’s does this recipe’s name have appeal, is it something that catches a person’s attention?

I’m thinking there’s going to be a record number of entries in 2014 for the Dole California Cook-Off—it’s one of the premier cook competitions in the world of high-stakes culinary competition.  That’s because it’s a world-class organization that sponsors it, and they ensure that everything will be fair, just and a level playing field for entrants.  One last thing, when I entered in 2013, the previous 2012 winner, the talented Jeanette Nelson, had done pork sliders—I kind of suspected that sliders would not be favored for 2013—just saying, think outside the box as you work your culinary magic with the versatile Dole products!

This page is sponsored by Dole Packaged Foods~~all of the opinions are mine. For a full disclosure just CLICK HERE~~